Llewellyn Hall kicks the Sydney Opera House to the curb 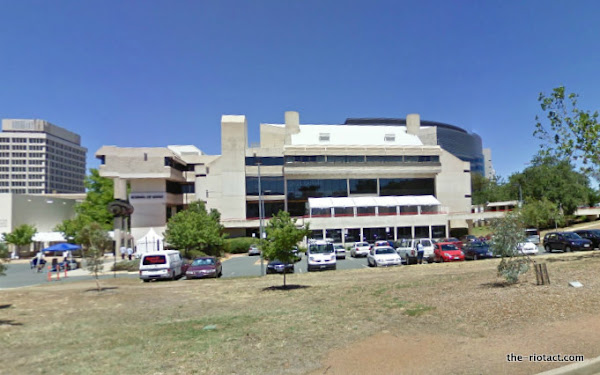 Limelight magazine have a teaser about the acoustics of Australia’s great concert halls.

They happily reveal that the Sydney Opera House has not done well in their top 20.

But how does Canberra rate?

You’ll have to buy a copy of Limelight to get the full charts. But I can reveal Canberra’s Llewellyn Hall, tucked into the School of Music, has performed creditably.

For orchestra it rated tenth, for chamber music 11th, and for voice 17th (still beating the Sydney Opera House).

Overall it came 11th in the nation.

Could do better, but for a city of under half a million not too shabby.

For what it’s worth Perth Concert Hall is pretty much the bomb.

Just waiting for the first whinge about the ‘loss’ of the Fitters Workshop which, no kidding, some have said has acoustics equal to St Paul’s in London. I have never heard a concert in St Paul’s, but I could hear nothing that was better than the sound at Llewellyn Hall, while attending a concert at the Fitters Workshop.

Mind you, the average age of the ‘we must keep the Fitters Workshop for music’ mob seemed to be roughly equivalent to the age of St Paul’s itself. If not Saint Paul himself.

Good to see it still about Sydney when Canberra discusses its own. No complex or obsession at all.

The Llewellyn Hall is vastly improved after the renovations following the storm. The Perth Concert Hall is very good indeed as well.

In defence of the Opera House, often the most famous concert halls have awful acoustics. The one that immediately springs to mind for me is the Royal Albert Hall in London – it has terrible acoustics if you aren’t sitting in the main circular stalls, and yet it hosts probably the greatest series of classical music concerts in the Proms.

I have been lucky to hear music in some of the greatest halls aroundthe world, but I am yet to find a venue as wonderful as the Musikverien in Vienna . An old school (but wonderful all the same) hall but with wonderful acoustics. The Philharmoniker in Berlin is quite brilliant too.

Not surprised. The Opera House is architectural brilliant, but the acoustics didn’t work due to materials and the shape of the hall. The floating rings were an attempt to improve things in the Concert Hall, but its still wanting. I believe they do have plans to rebuild the hall, using some of Utzon’s original designs, but not sure on timetable.

Llewellyn Hall was badly damaged some years back (the hail storm that caused a flood in Civic possibly – 2007??) As a result, they stripped the hall back to the bare concrete and rebuilt it. Acoustical design would have been taken into account as part of that rebuilding process.

Given the halls were built (or rebuilt) almost 30yrs apart, its not surprising Llewellyn Hall performs so well.

Sure. But I’ve performed in both Llewellyn Hall and Perth Concert Hall, and I’d still give several body parts for the opportunity to play in the Opera House. And, frankly, when you’re inside it everything is downright ugly, but seeing something there carries a thrill that no other house in the country can match. It’s just an amazing building.

Llewellyn Hall, on the other hand, doesn’t even look like a concert venue from the outside, or even from the foyer. It completely fails to excite, and I’m not sure it’ll ever succeed in that.