Pints and pining: new mini-series to help the Phoenix rise from the ashes 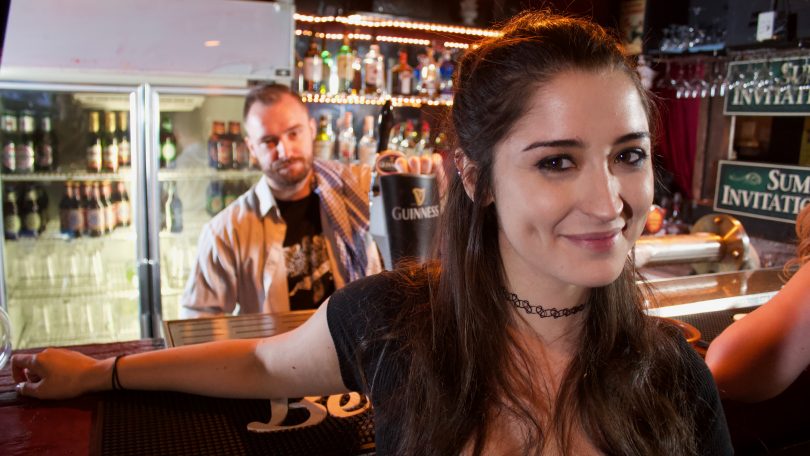 Kaitlyn Boyé and Colin Giles star in At the Phoenix. Photos: Supplied

Boy likes girl. Girl doesn’t seem to reciprocate. Meanwhile, a second girl pines over boy. Throw in an iconic watering hole and a cause worth fighting for and you’ve got yourself the makings of a creative collaboration brewing in East Row.

A Canberra-made series about a bartender’s search for love and his quirky encounters over the taps of the Phoenix pub hopes to breathe new life into the venue as it continues to battle with financial struggles.

Filled with well-known Phoenix faces along with guest stars Juliette Moody and Frances McNair, the short digital series is completely self-funded, with actors, extras and crew volunteering their time to take part in the five-day shoot and months of post-production.

Co-produced by locals Dan Sanguineti, Sebastian Chan and Joshua Koske, the six-episode series was inspired by the Save the Phoenix campaign 12 months ago, where Canberrans raised over $50,000 to stop the embattled music venue from calling last drinks.

“The Save the Phoenix campaign inspired us to think about what we could do to help the pub. As filmmakers, we decided to use the beautiful bar that has so much character to tell a story and to help give an insight into what the Phoenix means to Canberra,” Sanguineti said. 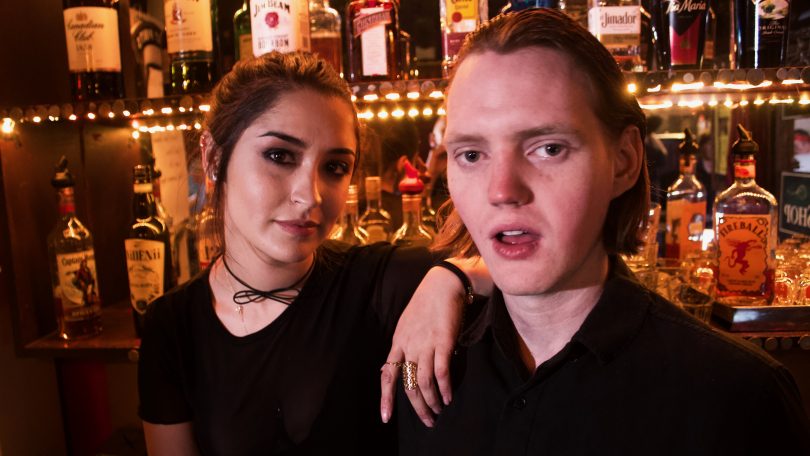 Kaitlyn Boyé as Sam and Brendan Kelly as Richard.

“The Phoenix is a place where everyone is supported and welcomed so that is what got us excited about telling a story with Phoenix as the location. It is our contribution to keep the life of Phoenix alive, which has provided so many memories for Canberrans and has still so much to offer.”

The light-hearted digital series titled At the Phoenix follows a novice bartender named Richard as he becomes accustomed to his role at the iconic pub, his droll encounters with his Irish boss Seamus and his attempts to woo his crush.

The plot is filled with witty dialogue and symbolic analogy, as it follows Richard’s poor attempts to win the affections of a female patron.

“Richard falls for the wrong girl, and he doesn’t realise there is someone else who has got her eye on him,” Sanguineti shared. “Richard finds himself not looking properly and he has to learn to open his eyes.

“This is one of the themes that we have running through the series, and it is an analogy for the way some people see the Pheonix. The bar has a lot of good things and we just need to open our eyes.”

With owner Sean Harrigan’s support, the crew have taken over the pub in the past few weekends, with over 200 people flooding into the pub to help shoot and star in the five to seven-minute episodes. Sanguineti said the generous contributions by extras and the stars of the show reveal how much the pub means to Canberra and the local arts and entertainment industry.

“As soon as we mention we are shooting a series about Phoenix, people are really excited. We have had over 200 crew members and extras that have contributed to the series, who have given their time and talents for free,” he shared. 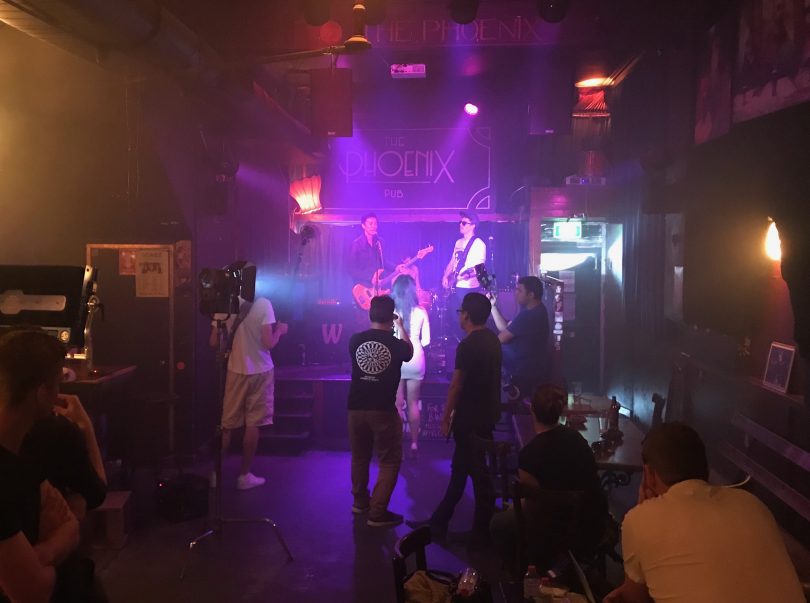 Episode one being filmed at the Phoenix pub.

“Films are not made by one or two but they are always made by an army, so it is really good to see people are wanting to support the show.”

The five-day shoot will finish by the end of this week, while the next two months will be spent on post-production editing. The series is set to be released on Facebook and Youtube by the end of May, and Sanguineti also hopes to strike a deal with Ozflix.

When the series is released, the producers will connect viewers with ways to support the Phoenix and will encourage Canberrans to attend the pub, including a viewing of the series on the big screen at the venue.