Donate food and essentials
for the vulnerable 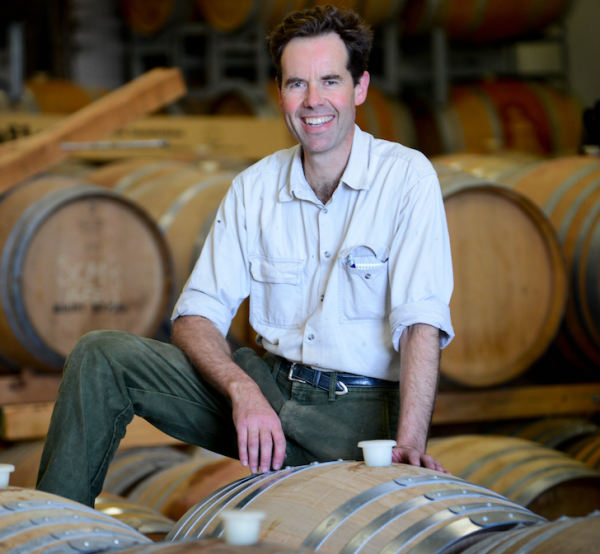 Canberra’s wine industry has come a long way in the last decade, according to Mount Majura Vineyard winemaker Frank van de Loo. He remembers the days when including the words “Canberra District” on a wine label was considered a risky move.

“Ten years ago there wasn’t much awareness of the Canberra wine region, and it certainly wasn’t as sexy as other regions,” he says.

“I used to wish that we were in Beechworth [a wine growing region in the Victorian High Country], because it was more well known, but now things are different. Canberra wine is in demand. There are lots of great producers making wine. New bars and restaurants are all serving local stuff. It’s a wonderful transition.”

Mount Majura Vineyard is the ACT’s oldest, and Frank says its focus on producing wines with a sense of place and character is what makes the vineyard unique.

He and a group of fellow wine enthusiasts pooled their funds to purchase Mount Majura Vineyard from the previous owner in the late nineties. Rather than making wines to fit a price or style, Frank and his team aim to capture and express the quality of the grapes from that particular season.

“Our wines are high quality, but that isn’t enough for me. It’s about finding varieties that match the climate and soil,” he explains.

And while the Riesling might be the wine of the moment, Frank insists that Mount Majura’s other varieties are also worth sampling. (For vino lovers, the cellar door is open from Thursday to Monday between 10am and 5pm.)

“We make many wines and there’s something that we love about each of them, but I am partial to our Tempranillo,” he says.

Frank, who has a Bachelor of Agricultural Science, a Bachelor of Applied Science in Winemaking and a PhD in Plant Biology, says his interest in winemaking stems from a love of science.

“I have a background in science, agriculture and farming, and it’s interesting to apply that to how to best grow grapes, and to see how things respond if you try one method or another. There’s a part of winemaking that’s subjective, too. You apply science both in the vineyard and the winery, but taste is a very individual thing.”

We bought some wine from Mt Majura as part of a fundraiser years ago. Their tempranillo was superb. Thanks for the reminder!

Andrew Brettargh - 18 minutes ago
Multi story and solar panel the top.. pays for itself.. View
Tom Adam - 3 hours ago
Why won’t they make it multi storey, instead of stealing parklands?? Not a wise investment.... View
Steve Herczeg - 7 hours ago
I've always wondered why there's a statue to celebrate single mothers at the top of the street. View
Property 36

Elroy Jones - 39 minutes ago
If you'd like to live in a rural setting then perhaps consider moving away from the city. View
Property 5

@The_RiotACT @The_RiotACT
Geocon has paid $24 million for a large city site near the Canberra Olympic Pool that it plans to develop into a mixed-use residential precinct https://t.co/zEhXCW7LBF (56 minutes ago)