Your One Stop Shop For
Tailored Business Intelligence Services 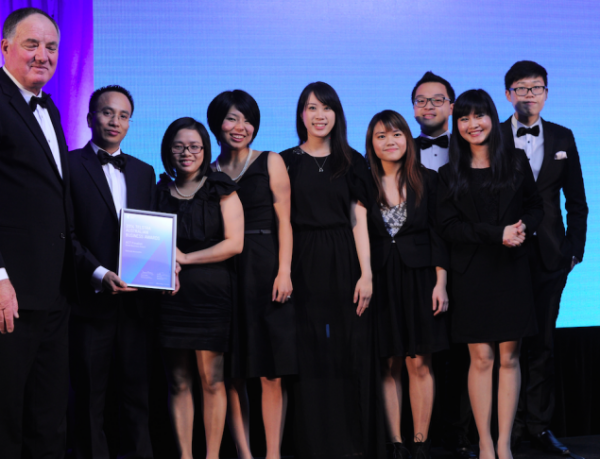 When Harry Hoang (pictured above, second from left) moved to Australia in 2005 to study economics and accounting, he earned minimum wage. Today, his back office accounting and bookkeeping firm, Tailored Accounts, processes $62 million in customer transactions annually.

Harry founded Tailored Accounts (then known as Harry’s Bookkeeping) in 2009. The 25-year-old had recently graduated from the ANU with a Masters degree in accounting, and he was convinced he could make accounting and bookkeeping easier for SMEs.

“I could see there was a gap in the market between a bookkeeper and an accounting firm. No one was providing services like what I wanted to offer, which was management accounting,” he says.

“I didn’t want to see my customers once or twice a year, which is what happens when you work for an accounting firm. I like to be involved in the customer’s everyday activities. When you build a long term relationship, you learn more about your customers and how you can help them with their business.”

He was quick to embrace cloud-based accounting and online marketing, which he says gave him an advantage over other bookkeeping and accounting firms.

“If you look at most accounting firms, 80 per cent of the partners are 50 or 55. They’re quite conservative, and not as open to experimenting with new technologies.

“When I first started the business I was 25 or 26. So when I saw the new wave of cloud accounting coming in, I just tried it. It might be a risky thing to do if you’re a bigger business. But I was small. It was no risk at all,” he says.

Harry, who had learned to code as a teenager, also designed his own website, which he optimised for SEO.

“In 2011 and 2012, we ranked first for Google searches on bookkeeping, because other accounting firms didn’t understand online marketing yet. It’s different now of course, because everyone does online marketing, but for a long time we were ahead.”

When Harry hired his fourth employee in 2012, he changed the business’ name from Harry’s Bookkeeping to Tailored Accounts. He could see that automated technologies would soon make traditional bookkeeping obsolete, and expanded the business to include business consultancy, training and coaching.

Demand for Tailored Accounts’ services continues to grow. Since last year, its team has grown from eight to twelve employees, moved from a 50sqm office space to a 300sqm space on Lonsdale Street, and expanded from 100 customers to 150.

Tailored Accounts was also a Telstra ACT Business Award finalist in 2015 and in 2014, and a Canberra BusinessPoint Awards finalist in the High Growth category in 2014.

But that’s not enough for Harry. He’d like Tailored Accounts to become the biggest accounting department in Canberra.

“I want to take all of the small and medium businesses earning up to about $20 million turnover. In a town like this, you only need ten businesses like ours to take care of all the accounting needs of any business,” he says.

To make this happen, Harry says his team will need to eventually grow to about 40 employees.

Tailored Accounts prefers to recruit new employees before they graduate university, often in their second or third year of study (and generally with a high distinction average). Successful applicants work 20 hours per week in the firm, and are offered full-time employment upon graduation. Employees also receive support to become chartered practicing accountants.

“If an employee leaves after only two or three years, it’s a bad return on investment, and it’s bad for our customers.”

With such a culturally diverse workforce (Tailored Accounts employees hail from Vietnam, Japan and Singapore, among other places), Harry says it’s also important to support employees applying for permanent residency after graduation.

“Permanent residency is a chicken and egg situation. You can’t get a PR until you have a job, but most places won’t hire you unless you have a PR. It took me a long time to get my permanent residency, but now we help new employees get PR in just a few months,” he says.

Thanks Brett. Hard work pays off!

Well done Harry Hoang. $62 million – that is a long way from where you were…. excellent.
Brett.

Julie Macklin - 5 minutes ago
Unfortunately I would have to keep my petrol car too, as electric cars can't go where I want to drive. Good for urban areas,... View
Brent Hutch - 15 minutes ago
Even 200,000 cars at a discounted price of 40k per car, will be 8billion. Obviously this number will increase as more cars ar... View
Gloria Altinger - 27 minutes ago
Brent Hutch 12km for 675M.. 85 klm North to south... hmm ok so maybe at least a 100K 50k Electric cars to the roughly 260k re... View
ACT Election 21

Keith Cheetham - 4 hours ago
Pork barreling at its best as Labor does. And then dont initialise it. View
Bronwyn Wilson - 9 hours ago
Where are e teacher librarians going to come from? There are very, very few in the ACT - that’s why so many schools don’t... View
Chris Cross - 9 hours ago
Layla Barry almost $1 TRILLION and counting, courtesy of Federal Liberals, who almost scared the nation into recession with t... View
Lifestyle 9

The first week of the election campaign proper has come and gone, and one thing is clear - no one...
News 34

Canberrans won't be catching the buses from an underground city interchange after the idea was canned due to the cost....
ACT Election 43

@The_RiotACT @The_RiotACT
From the reggae-infused sound of CBR trio Kopasetic through to the raucous punk rock of The Dirty Sunflowers, this week’s #GigGuide has something for everyone https://t.co/rHIqQWMMVn (38 minutes ago)

@The_RiotACT @The_RiotACT
There’s a new food van on the block in Belconnen and it packs a ton of nostalgia & amazing Sri Lankan flavours https://t.co/aOH5vJ6z8f (2 hours ago)

@The_RiotACT @The_RiotACT
Canberrans can look forward to some events going ahead over the spring and summer but a cloud remains over multi-day festivals such as Summernats and big public celebrations unless the current crowd rules change https://t.co/VO9eYdqVGg (4 hours ago)