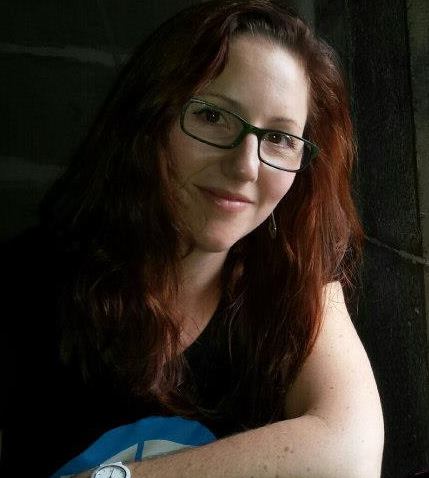 A passion for community storytelling inspired Joanna Allebone, director of corporate relations and communications at YWCA Canberra and co-founder of Martial Women and Girls, to start working in the not-for-profit sector over a decade ago.

“In 2004 I had the opportunity to go out and do a broadcast internship at Goolarri Media, which is an indigenous television and radio station in Broome. From that point I knew I wanted to be involved in community storytelling,” she says.

She moved from Sydney to Canberra six years ago, and though she originally planned to stay for just 12 months, she says that making the move permanent was one of the best decisions she’s ever made.

“The work I was doing in Sydney was very corporate, with no connection to the community. I looked for NGO jobs, found one in Canberra and moved six years ago,” she says.

“The opportunity and innovation in this city aren’t often recognised, but there’s a growing profile of creative, supportive and committed leaders in so many fields, and there’s space to grow your own ideas.”

But one of her most recent projects is co-founding Martial Women and Girls, an Australian network of women and girls exchanging skills, knowledge and passion to build a stronger martial arts community. The network was developed after Joanna, who has been practicing martial arts since 2002, received a Great Ydeas grant from YWCA Canberra in 2013.

“We provide an accessible entry point for women looking to get involved in martial arts, which can seem intimidating at first,” she says.

“Eventually we’d also like to get into the advocacy space and see more women in leadership roles in the martial arts world, but that’s a bit of a pipe dream at the moment.”

Joanna believes there’s a martial art for everyone (she prefers Capoeira, a Brazilian martial art that combines elements of dance, acrobatics and music), and says the benefits of martial arts go beyond the physical.

“Once you find the right school, most people find practicing a martial art an empowering process. You develop physically and cognitively, and you improve in areas that might seem unrelated, like overcoming challenges, maintaining control in difficult situations and dealing with the unexpected.

“What I love most about practicing martial arts is that it reveals your strengths and weaknesses. It teaches you how to interact with other people, and how to manage different personalities,” she says.

“When you’re sparring – or playing as it’s called in Capoeira – you can’t plan. You’re constantly put on the spot.”

If she were Chief Minister, Joanna says she would encourage greater collaboration across government, corporate and not-for-profit sectors with a focus on solving some of the nation’s biggest problems.

“Obviously Canberra has a strong government presence, but it’s also home to corporates and national offices of large and small not-for-profits. In the current climate, I’d like to see collaboration across sectors to address key issues affecting not just Canberrans but all Australians. I think we’d see a real benefit from that,” she says.

t2owe - 7 hours ago
I really don't care about what they say about the Libs. Given the antics of the Barr government, just how much more damage co... View
t2owe - 8 hours ago
How about a change of government. It's way over due,. ACT government is consult in name only, and planning is off the wall.... View
Lifestyle 7

JS9 - 8 hours ago
"You also complain that Coe has promised to give away lots of revenue and spend plenty too, but with no evidence as to how he... View
George Watling - 11 hours ago
Yes lets have more $1.9 billion spends on Trams and bad urban infill stuffing up the city. View
HiddenDragon - 12 hours ago
"Labor, coming from the advantage of incumbency, says its promises are fully funded but with debt approaching $8 billion in f... View
ACT Election 98

Daniel Duncan - 9 hours ago
Another reason to vote Barr and his crony's out. View
Rainer Busacker - 10 hours ago
Steve Wood "Gunna-Do-Barr" sprooks a lot of things, especially now just before an election. When and if ever will he actually... View
ACT Election 11

Acton - 9 hours ago
You do not dispute the fact that Barr = high rates, but appear to have some conceptual difficulty with 'nothing else matters'... View
russianafroman - 11 hours ago
Maya123, All Labor has done for us is build chic apartments for the rich. The Liberals are looking out for the blue collar bl... View
JC - 11 hours ago
People should also be asking what Coe equals. Because it isn’t overly clear. We know they stand for everything that “anno... View
ACT Election 1