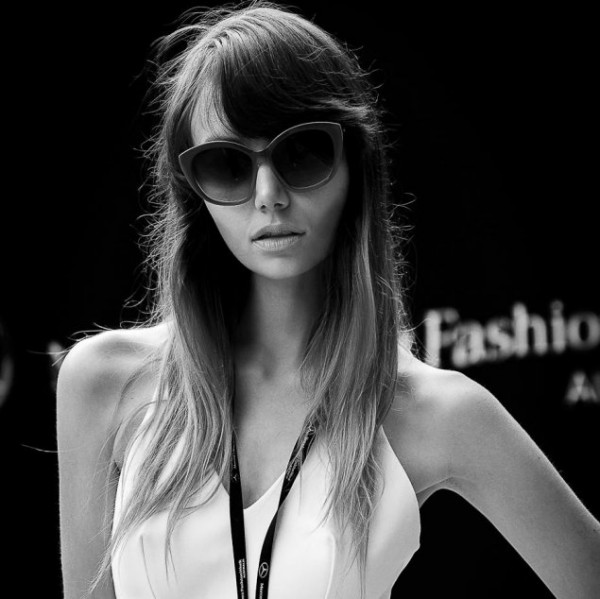 Former Canberra journalist Marina Dojchinov is one of the youngest editor in chiefs for New York-based Vox Populi and Promo magazines, has helped to produce films screened at Cannes and the San Francisco Film Awards and guest lectured to students in Melbourne and London – some of whom she says were twice her age.

Her love for fashion and magazines has taken her from Canberra to Melbourne and then to New York via London. She describes the journey to date as “exhilarating and exciting”.

“I began my career as a local journalist, which gave me the foundation to start building my portfolio. From there, I moved to Melbourne briefly where I took on major editorial roles and was asked to guest lecture at the William Angliss School of Design.

“After that I found I wanted to expand further and made the jump to London. During that year I managed to slide into the fashion scene, guest lecturing at the London University of Arts, taking editor in chief of Promo magazine based here in NY, and working with some amazing creatives,” she said.

She has also just taken on the editor-in-chief position at Vox Populi.

“Vox Populi is a high fashion lifestyle and culture print magazine based in New York and Chicago. We are in the process of re-launching the magazine, and as newly appointed editor-in-chief I am bringing together a global team of writers, photographers and stylists,” she says.

“I also do freelance film producing and one of the films I have just finished, Hello Tom Sullivan, recently won first place at the San Fransico Film Awards. My previous film, Lost in a Trance, was shown at Cannes Film Festival.”

It’s an intimidating resume for a 26-year-old, but Marina has much bigger career goals. She plans to become the next editor-in-chief of Vogue – and won’t take no for an answer.

“The amount of times I’ve heard people tell me something can’t be done is incredible. However, it has always motivated me to find a way to make it work.”

She says that a typical day starts with coffee, followed by working in the office (which overlooks Central Park), overseeing fashion editorials and meeting with designers, writers and photographers to discuss content for upcoming issues. She also runs a creative agency, so client meetings, creating marketing plans, video production and photography shoots are also frequent occurrences.

One of her most recent career highlights was attending New York Fashion Week.

“We attended 16 shows through the week and every night was a different after party. I got to meet some great people including supermodel Coco Rocha, Hollywood producer John Rainer Long and photographer Rose Hartman, all of whom have become wonderful friends.”

Sammie Davis - 15 minutes ago
Cameron Fischer 100% agree View
Paul Magarey - 4 hours ago
If they can pay tax, they should get to vote. No taxation without representation! View
Capital Retro - 4 hours ago
"Most of the boomers on FB have no clue how the world works." Typical of the contempt we receive from young people these days... View
Property 5

John Tozer - 18 minutes ago
Kevin Hingston - Happy to share the windfall profits from price rises too? No? Didn’t think so…! So why do they get to sh... View
Alex Kerr - 1 hour ago
Jack aye look at that View
Kevin Hingston - 1 hour ago
Shane Jasprizza it’s not just pure greed. The supply side cost has gone through the roof last two years. I’m told the inc... View
Sport 3

Michelle O'Donoghue Sweeny - 57 minutes ago
Nicole Thomas thanks 🙏 heaps didn’t see this ! View
Nicole Thomas - 1 hour ago
Michelle Bailey is in this article along with Zach. 👍 View
News 9

Paul Leins - 1 hour ago
Typical of the Libs - sideline the elected representatives and put it in the hands of a bureaucrat. Any angle to try and unde... View
Lea Powell - 1 hour ago
Brian McKenzie indeed but not on teacher conditions. Teaching is a nightmare unto itself in terms of hours of work done vs wh... View
Paul Leins - 1 hour ago
Like a Liberal government ever increased a workforce? 😂 Federal aps staffing caps are gone and yet departments are still p... View
Breaking 2

@the_riotact @The_RiotACT
Meet (or should that be meat?) Jamie Sangster of online meat #delivery and #education platform, Meating You https://t.co/CPNnnh7bUb (50 minutes ago)