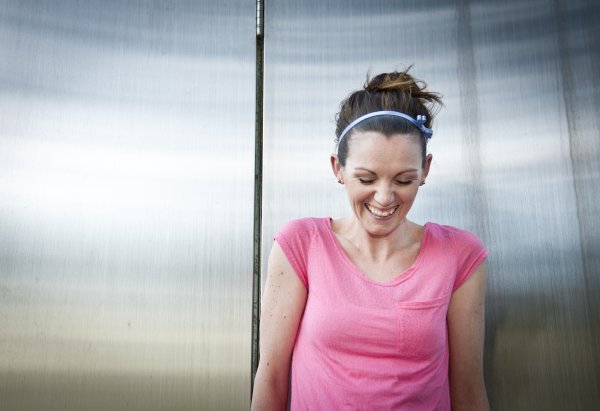 While Canberra may be better known for its policy makers than its crafting abilities, it is also home to an emerging creative community using craft to bring people together.

Leading this charge is designer, photographer, blogger and founder of Canberra Creatives, Mikaela Danvers. Since launching Canberra Creatives in 2012 as an online community for like-minded creative folk, Danvers has expanded the business to offer boutique workshops on topics ranging from blogging to crocheting and silversmithing. She has also opened drop-in studio space The Makers’ Hub in Macquarie and launched The Makers’ Box, a monthly craft-in-a-box project kit delivered by post.

“People can often feel isolated when it comes to creativity. They feel like they’re the only weird ones who enjoy making things,” Mikaela says.

“My friends, for example, are very analytical and definitely not creative. I knew there were other people like me out there, and I wanted to connect with them.”

Mikaela, a former graphic design teacher, initially ran the business in her spare time, offering resin jewellery workshops in community centres and other non-permanent locations. Eventually, the hassle of packing, setting up and bringing home craft equipment for each workshop drove Mikaela to seek a more practical solution.

“I wanted my own space where I could run workshops and connect creative individuals,” she says.

She completed a business plan, got the green light from her accountant and opened The Makers’ Hub in March this year after crowd-funding some of the start up costs. Mikaela and her team of craft and small business experts offer weekly workshops, as well as access to a kiln, 3D printer and printing press and a small exhibition space.

“My accountant is a bit of a mentor and she had an instant belief in what I wanted to do,” Mikaela explains. “I had a backup plan in case things didn’t work out. If I failed, I knew it wouldn’t be the end of the world.

“You don’t know when it’s going to be the right time. I’m lucky that my husband has a good job and can support us both while I’m in the early stages of launching the business.

“My last goal was to open The Makers’ Hub, and now it’s time to sit down and think about what’s next. My plans evolve all the time.”

If you’re keen to see what Canberra Creatives has to offer, Mikaela is running a Makers’ Day on Saturday 6 September from 12pm at Majura Community Hall. It’s a community event where you can meet other designers, artists, crafters and illustrators, and includes mini workshops, demonstrations and creative challenges.

“I want to encourage people to not be afraid of dropping into the Hub or trying a class. You don’t need to bring a friend to our workshops – it’s perfectly fine to come on your own. Come and say hello and give it a go,” she says.

I took my niece to the kids school holiday craft day in July (Frozen themed!) and it was fantastic! A great space and a wonderful idea!

I’ve done a couple of Mikaela’s resin workshops and they were terrific. I’m a complete novice, but came home with some great jewellery and bowls. Mikaela is a great teacher and it seems she’s a dynamic business person too.

Alfisyah Kendari - 19 minutes ago
I felt it in Ainsley at around 9.25 am. The earthquake shaken my car in stopping position. View
Damien Stipic - 29 minutes ago
No I live in Turner but it was felt in O'Conner weird how it was not felt in Turner though... View
Krystyna Topor - 1 hour ago
Helen Topor Good to know it was neither. View
Opinion 18

Jeff Kerr - 1 hour ago
National capital train station - embarrassing View
Jack Nick - 2 hours ago
Leave it where it is but yes please upgrade it. Would be fantastic to see the trans run out here along with regular bus route... View
Matthew Maguire - 3 hours ago
We will see a similar post to this in 5 years, 10 years and so on. Like the Very fast train, nothing will happen. It never do... View
News 9

chewy14 - 1 hour ago
The model and studies are likely correct, they are published on the Doherty institute website. The problem is this is one of... View
chewy14 - 1 hour ago
If you read their roadmap or "pathway" the government freely admit they are not making a balanced decision. Health due to COV... View
JC - 1 hour ago
Well said Brisal. View
News 33

Annie Wyer - 4 hours ago
Jesse Mahoney I tried growing a whole lot in Belconnen around my complex and they faced east, they all got powdery mildew, th... View
Jesse Mahoney - 4 hours ago
Annie Wyer I'm a post graduate trained forester with many years experience on a technical level, I know a bit about trees. Cr... View
show more show less
*Results are based on activity within last 7 days

In the 1900s, Goulburn farmer and orchardist Frederick Shepherd was hailed as the 'Apricot King' of NSW. He grew more...
Breaking 83

Residents of Canberra, the South Coast, Geelong and Melbourne have had their mornings shaken up by a magnitude 5.8 earthquake...
*Results are based on activity within last 7 days

Speculation around a potential return to Canberra of the Supercars, operating in a circuit around Exhibition Park, has raised the...
News 108

Canberra needs a new multi-modal public transport hub with connections to the Parliamentary Zone and the city and beyond to...
Breaking 83

Residents of Canberra, the South Coast, Geelong and Melbourne have had their mornings shaken up by a magnitude 5.8 earthquake...
Opinion 78

@The_RiotACT @The_RiotACT
Increasing numbers of #businesses are receiving notices from the ATO regarding #tax debts. For some, it may be time to make important decisions about whether the business can remain profitable https://t.co/OrAFRf0JBF (2 hours ago)