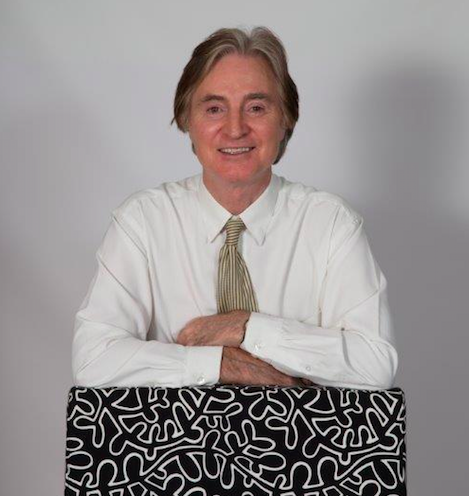 Canberra businesses interested in learning about international expansion could do far worse than take advice from the founder and managing director of Privileges Card Pty Ltd, Robert Leticq.

Since starting the Privileges Card business in Canberra in 1991 (which he says makes it the longest surviving product of its kind), Robert has successfully taken the concept to Thailand and expanded it to include a wider range of B2B and B2C rewards program offerings.

“I sold the Canberra arm of the Privileges Card operation to ActewAGL in 2007 so I could work on expanding into Asia, where I saw a lot more business potential,” he says.

It was a hunch that proved to be correct. Robert now has a thriving Privileges Card program in both Phuket and Koh Samui, where his clients include Qantas Holidays and other leading names in the travel industry. In the past few years, he has also successfully launched TasteVouchers.com (a business to business program that helps companies reward their valued customers by giving them dining deals at local restaurants and cafés), and last year he founded Global Village Deals (a competitor to discount sites such as LivingSocial and Groupon) both in Australia and in Thailand.

It is perhaps no surprise then that he counts expanding into Asia as one of his most successful business decisions. He splits his time between Australia and Thailand, and on top of continually expanding his rewards programs, he is also involved in building a five-star, 166-room, resort in Phuket – set in a rainforest on a mountainside, no less.

“In retrospect, going into Asia was a very smart idea because of the way Asian economies are expanding. The population drives business in Asia. In Canberra you need to work smartly to get a successful business up and running. In Asia, you can do it relatively easily because you have the numbers,” he says.

That said, he always enjoys coming home to Canberra.

“Travelling between Canberra and Thailand is the best of both worlds. Some people think that they need to move permanently for a sea change, but then they start to miss things from home that can’t be easily replicated in their new location.”

Commenting on Canberra’s recent focus on marketing itself as a destination for international visitors, Robert says it’s only a matter of time before the Asian market discovers Canberra.

“My recommendation to Canberra tourism bodies is to keep doing what they’re doing, but to think of interesting initiatives that can add value. I’m always happy to work with them where I can, using some of the structures that I’ve developed in Asia.”

He also suggests that Canberra could market itself to visitors as “the biggest theme park in the world”.

“We need to come up with a message that shocks people into thinking differently about Canberra. In a way, we have a political theme, a diplomatic theme, a gastronomic theme and even an adventure theme, and so I think we could describe ourselves as a theme park. The idea of marketing Canberra as a theme park, as distinct from a traditional city, means that people would come to Canberra with a different perspective.

“If people were conditioned to see Canberra as an interesting place to visit and see it in a new, fresh way, that would permeate across Australia and even overseas.”

Robert sees direct flights from Canberra to Asia as the “single greatest initiative” to get the Asian market interested in Canberra, and hopes the city can secure a deal with an Asian airline in the next year or two.

“If Asian visitors came directly to Canberra, we could build a whole program around immersing them in Australian culture before they even get to the bigger cities.

Robert is generously offering RiotACT readers a Free Taste Voucher, with savings of $50 at a range of restaurants, including Madame Woo, Saffron, Thai Chiang Rai and Chalisa Indian Restaurant. To claim your Taste Voucher, please visit www.tastevouchers.com/robertleticq. This offer is valid for the first 200 readers only.

I was lucky enough to meet Robert a Few years ago while getting a short term privileges card for use in thailand. I used it that much that I purchased a full privileges card for use in Australia as well. I use it alot around kingston/manuka for 20-25% off dining use it also for coach travel,pictures . If you are going to thailand or like eating out locally have a look at getting one. In the 2 weeks i was just in Thailand I saved about $120.00 (more than i paid for the card and was given a card that is useful for nearly 2 years. Cant wait to see the resort. for a look at whats available in thailand see – http://www.phuketsavings.com/ and for australia see – http://www.thecard.com.au.

There has been a very strong response to the Taste Voucher offer. But there are still quite a few vouchers left so please take advantage of this offer and, if necessary, I will extend the 200 ceiling on vouchers to accommodate the additional demand by Riotact readers. Happy Dining!

Robin Cook - 2 minutes ago
Greg Miller, have you seen this? View
Lifestyle 4

Larissa - 19 minutes ago
Thank you. And so interested to hear your experience mirrors Jacky's and mine. I agree - it really does feel worthwhile to co... View
Larissa - 22 minutes ago
Thank you, Jacky! So pleased to hear how the CNM has impacted on your life, too. A bit of a community happening out there . .... View
SpACEman - 12 hours ago
Great story Larissa, I have had a very similar experience and am also hooked on Canberra Nature Map and the other NatureMapr... View
Opinion 1

Acton - 42 minutes ago
Promise what you like because you won't get in. Why even have this farce of an election?... View
ACT Election 1

Ashley Wright - 2 hours ago
Evan Hawke that’s what happens when you are a new area and you get (most) of that stuff during construction. You mention th... View
Lifestyle 8

Meg Thow - 13 hours ago
Vote them out Canberra. Highest taxes- lowest services... View
Steve Wood - 16 hours ago
And who is going to do what about it... Andrew Barr pfft View
ACT Election 95

Robert Knight - Canberra Progressives for Murrumbidgee - 13 hours ago
Brenton Higgins where have I fibbed? View
Bethany Williams - 18 hours ago
Thank you. I appreciate it. View
Sport 16

resident999 - 13 hours ago
I guess you missed the bit about the 30million dollar contribution to the economy through cycling tourism...pretty sure your... View
Property 13

Emmy-Lou Bones-Jackson - 17 hours ago
I could have definitely gotten used to that! View
Sport 2

Lynda Bailey - 17 hours ago
As the mother of two of the young ladies on this team I couldn’t be prouder. To see the growth in the girls and the unity o... View
show more show less
*Results are based on activity within last 7 days

A body found at Isaacs Ridge last Tuesday (8 September) has been confirmed by ACT Policing today as that of missing...
Lifestyle 8

Two years on from his appearance on Love Island and Canberra electrician Grant Crapp still receives death threats on Instagram. "To...
News 23

A south coast spearfisherman who came face-to-face with a great white shark has warned people against going in the water...
News 82

We're spoiled for choice again this week, whether you're a mover and shaker, or a movie buff. There are free...
Breaking 0

A Sydney-based taxi driver who visited the South Coast while potentially infectious with COVID-19 has sparked the latest alert from...
News 13

A man has died following a crash between two B-double trucks near Yass last night. About 10:15 pm, emergency services...
*Results are based on activity within last 7 days

@The_RiotACT @The_RiotACT
The first week of the election campaign proper has come and gone, and one thing is clear - no one is really worrying about the cost of anything anymore, says Ian Bushnell https://t.co/U3JHzWzTby (2 hours ago)

@The_RiotACT @The_RiotACT
In this week’s RiotACT newsletter: the latest from local politics as campaigning ramps up + all the other news & big stories that have had Canberrans talking https://t.co/WPbGZXalE5 (12 hours ago)

@The_RiotACT @The_RiotACT
Local stories are essential to creating a community. Meet the men and women behind the newsletters that are filling the void created by the death of so many local newspapers https://t.co/c9EHAgu5RF (13 hours ago)