Local politics: Here’s what you missed this fortnight 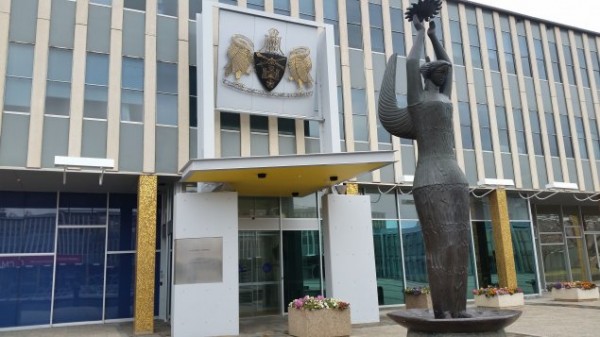 Andrew Barr has been pretty busy on the subject of public housing since taking the top job. His main task is to refresh the entire ACT public housing stock of more than 1,200 homes.

The aim is to improve the lives of those in public housing, which sounds like a reasonable outcome. It also plans to disrupt the large sections of public housing, creating small developments dotted around the city.

So Minister for Housing Yvette Berry was obviously chuffed when she announced the plans for the first major chunk of public housing; a section of 20 single storey cottages in Chisholm.

But Berry wasn’t present when the Environment and Planning Directorate announced Strathgordon Court in Lyons would be demolished, replacing an 83-unit complex with up to 500 private sector units up to 10 storeys high.

Barr and Berry, along with Planning Minister Mick Gentleman, are going to be in for quite a bit of public unrest as the plans trickle out for the public housing revolution.

Emphasising the jobs created by 1,288 new homes, as well as the overall improvement in lives, must be at the heart of their communications.

The Molonglo Valley suburb of Denman Prospect has had a controversial life. It’s impressive given no-one actually lives there.

The ACT Government tried to sell off the land, north of Wright and Coombs, in 2013 but only one bidder attended the auction. Negotiations with that bidder fell through. It then decided to scrap the whole process and to develop the land itself. However, the Land Development Agency performed a u-turn in March this year, offering 145 hectares for sale.

And now the winner of that process has been announced. About 2000 new homes will be developed by Capital Property Group, the company name for the Snow family of Canberra Airport fame.

They aim to have people living there by Christmas 2016. Seems like the planning approval process is being sped up in this case.

The one and only?

The ACT could be the only territory in Australia in a few years after the Council of Australian Governments agreed on plans for the Northern Territory to become the seventh State by 2018.

NT Chief Minister Adam Giles said the Northern Territory was a “second class citizen” that had a “second tier status”. Instantly social media was abuzz with the obvious questions: what about the ACT?

But our Chief Minister Andrew Barr was quick to hose down suggestions of an Australian Capital State, saying the question of statehood was “not possible…due to the creation of the territory as enshrined in the constitution”.

So this patch of land, of at least 100 square miles, is destined to remain a territory, barring a referendum. But Barr does want more ACT federal politicians if the NT increases its representation on the hill. Hands up who wants more politicians?

The opposition has been very quiet over the past fortnight but it has agitated on one issue – unions.

The royal commission into trade union governance and corruption has led to the arrests of three people in connection and recent hearings in Canberra have provided an element of drama to the commission.

As a result, Canberra Liberals leader Jeremy Hanson has pounced on a claim by former CFMEU and ACT Labor official Halafihi Kivalu that the $60,000 he received from a contractor was spent on the pokies.

Hanson has written to the ACT Gambling and Racing Commission asking for an investigation.

Kivalu pleaded not guilty to two counts of blackmail the day after admitting to the royal commission he accepted the money from a contractor in exchange for helping him with contacts in the industry.

Hanson has to tread carefully with this. All of these are ongoing proceedings and he must abide by them. But after four months of hearings, the rather presumptuously-named commission may be getting to something that resembles its title.

The return of the sex party

After being unceremoniously deposed of its political party status earlier this year, the Australian Sex Party is back.

In May, the Australian Electoral Commission said the party didn’t have enough members to run in federal elections. Outraged party members flooded social media with photos of their membership cards.

Now they are allowed to take part in the next federal election. But, as it stands, the party is not registered in the ACT and is not eligible for next year’s election. Even though it looks like a formality, The RiotACT’s own Steven Bailey must sit tight for a little while longer.

Michael Quirk - 17 hours ago
Charny Barney bus rapid transport would operate on its own right of way. Suggest you look at the Brisbane metro to be operati... View
Ric Hingee - 18 hours ago
Charny Barney You really are a clown and I suspect a pretty bad one at that. View
Ric Hingee - 18 hours ago
Justin Watson We are talking about rubber wheeled trains running on an imbedded fixed course, not on a normal road. View
ACT Election 24

Evan Hawke - 20 hours ago
Darron Marks I totally agree that the roads in Gungahlin use to be shocking and roads like horse park drive needed upgrading.... View
Darron Marks - 1 day ago
The increased spending to duplicate some of our arterial roads has made a difference you are correct. But to say there wasn't... View
Evan Hawke - 2 days ago
Glory Hammer I totally agree that every area needs politicians who fight for there areas. Most of the politicians in my area... View
Property 10

thebscaller - 1 day ago
Joke of a leader and party. They are making some bold statements and promises that don’t add up. There is no way these prom... View
Acton - 1 day ago
A conservative is someone who is averse to change. The Labor Party has now held government in Canberra for 19 years, proving... View
JS9 - 1 day ago
"The problem would appear to be how to pay for them and it’s not easy to pin down Mr Coe on where the money will come from... View
ACT Election 12

Two years on from his appearance on Love Island and Canberra electrician Grant Crapp still receives death threats on Instagram. "To...
ACT Election 43

The ACT is on track to have more light rail elections than routes after the Canberra Liberals committed to conducting...

@The_RiotACT @The_RiotACT
Visual artist Dean Cross's work will go on show in Goulburn after he became the first recipient of The Good Initiative, a new $20,000 grant & mentorship program https://t.co/tnFMTyBl20 (50 minutes ago)

@The_RiotACT @The_RiotACT
Canberra has been left at the A-League altar many times, so why is Michael Caggiano so committed to the cause? https://t.co/6z3ePOrFdu (1 hour ago)

@The_RiotACT @The_RiotACT
To support the RSPCA's annual Cupcake Day, local bakers have created cupcake kits to be sold online and at South.Point Tuggeranong on Saturday, 26 September https://t.co/6xPkxs4BiY (2 hours ago)