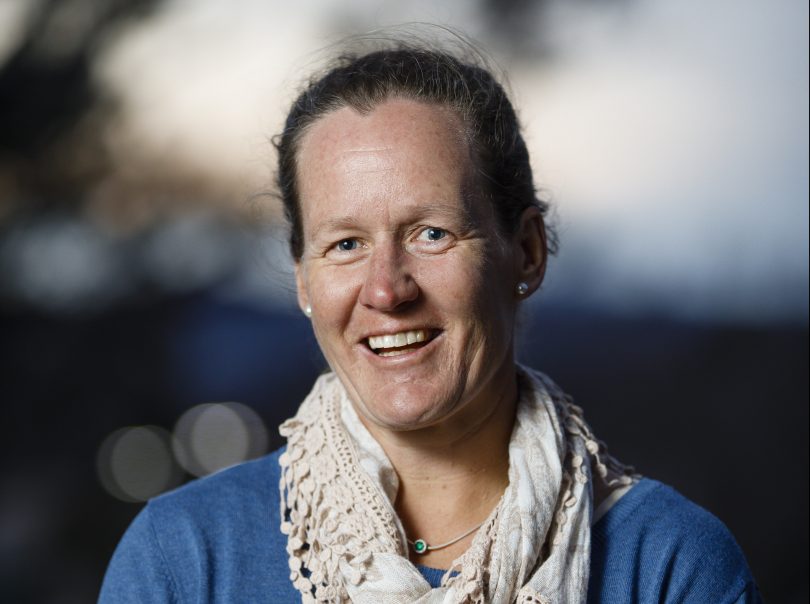 Ice hockey legend Steph Boxall will be inducted into the Hall of Fame. Photos: Region Media.

Hidden away from all the fanfare in a Campbell High School classroom, local school teacher Steph Boxall (née Wheaton) is happy to fly under the radar. After all, it is how she spent her legendary ice hockey career.

But this Saturday (17 August), Boxall will be firmly in the spotlight as she is formally inducted into Australia’s Hockey Hall of Fame in recognition of how she revolutionised women’s ice hockey in Australia.

Born in Canberra in 1973, she first laced up the blades as a nine-year-old with the Woden Grizzlies, even though her parents encouraged her to take up a different ice sport.

“I was doing a little bit of figure skating, but pretty badly,” Boxall shared, laughing. “I was always a bit of a tomboy so it didn’t really suit me. It was my mother’s dream that I would be a figure skater but I always wanted to play ice hockey like my brother.

“Eventually my parents allowed me to give it a go and get the hockey gear on.”

Only a handful of girls played ice hockey at the time, with administrators concerned that it would be dangerous to mix genders in competitive matches from under-15s and above.

It was decided that from under-15s up, it would be boys only competition, a decision that did not sit well with Boxall.

“Only a handful of girls played state ice hockey back then, and the national association decided the game was too dangerous for us,” she recalled. “But it wasn’t me who was scared.”

With her coach and parents’ support, she took on the sport’s administrators and won, removing the ban to allow her and two other girls from Western Australia and Victoria to participate in national championships with the boys.

“To be honest, I am not sure of how much of a push I made as an activist as a 13-year-old,” Boxall said. “In no way was I the sole driver behind it. If they had stood by the ban, I would have just gone and played a different sport. 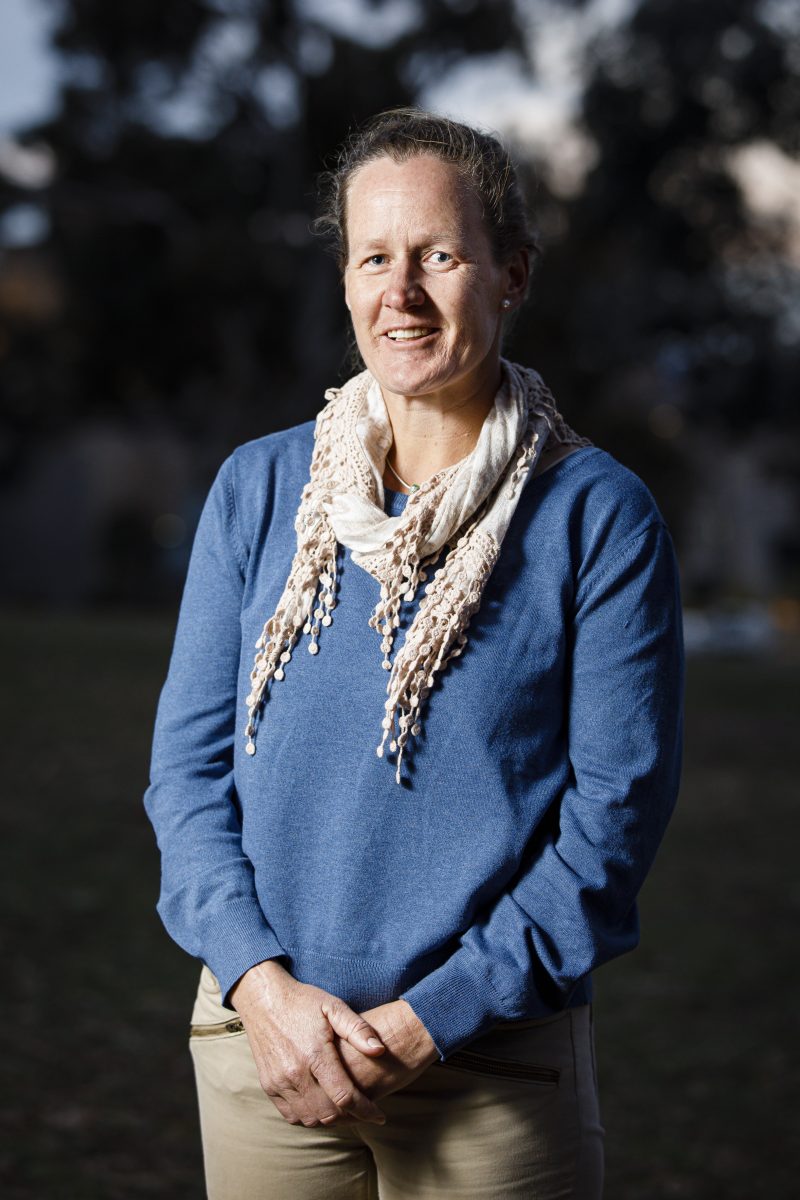 “It is an amazing honour and I am very humbled” – Boxall.

“I don’t remember it being a massive thing but I don’t know how many things are massive when you are 13 years old. But ever since then, there have been girls involved at that under-15 level and I still play against men to this day.”

Boxall went on to become the first captain of the Australian women’s ice hockey team as it entered the World Championships for the first time. In 26 international games of ice hockey for Australia, she scored 22 goals and 14 assists for an average 1.4 points a game.

Some argue that she is the best female ice hockey player Australia has ever had and now she will become the first woman in the Hockey Hall of Fame Australia, inducted in front of a cheering crowd at Brave Cave on Saturday night (17 August) where it all began for Boxall.

“It is an amazing honour and I am very humbled,” Boxall shared. “All this lead up has made me reflect and has made me feel old. At times it feels like a eulogy.

“It is nice to see there is a consistent women’s national league now and that might have stemmed from me persisting and staying involved in the sport. It feels nice that people think that I might have been partly responsible for that.” 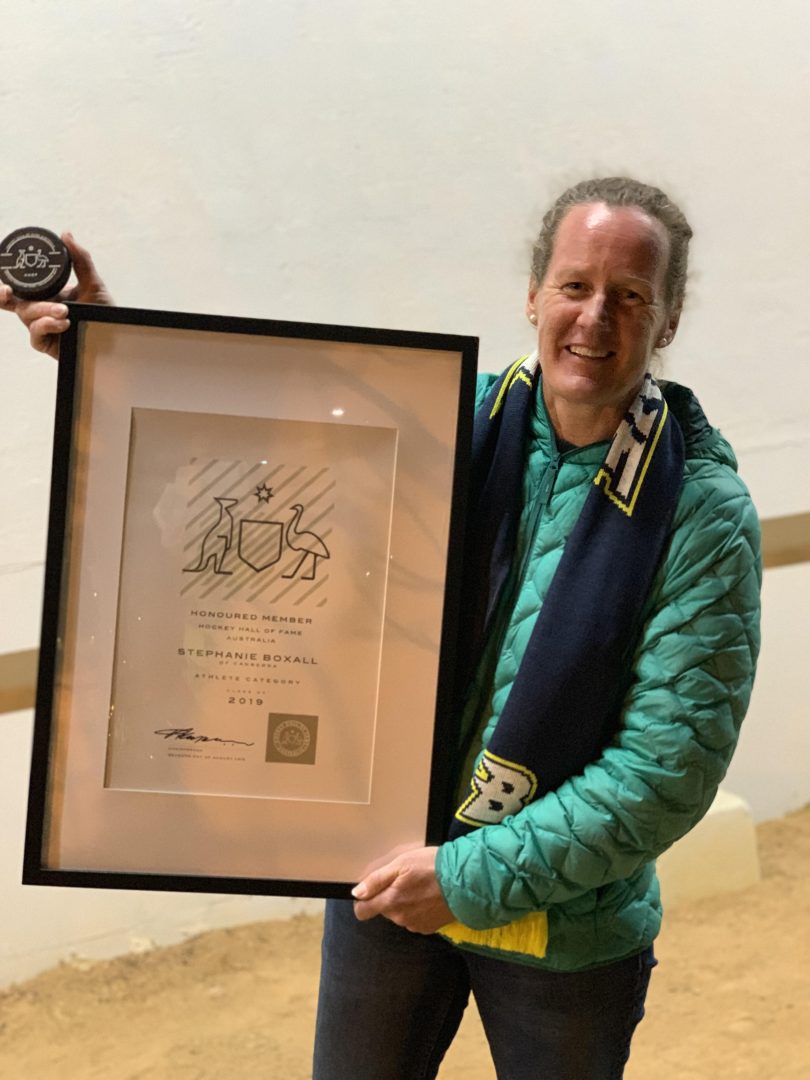 On ya Steph. A humble person who deserves all the accolades.

Amazing Steph, you are a super star! 🌟 congrats - so well deserved.

Congratulations what an achievement😊

I saw you there at the Ice hockey game last night. What a great introduction to the crowd and you are such a humble 🌟

Croissant Henderson - 48 minutes ago
Love means nothing to tennis people. View
Jennifer Manson - 3 hours ago
Many people do not find it entertaining at all, but rather boring, so it's good to see some fun. View
Kate Olivieri - 4 hours ago
1. Damn, so many haters 2. You forgot Liam Broady complaining too 3. Aus Open should be so happy these guys are drawing crowd... View
Food & Wine 38

Sarah Kristine - 2 hours ago
Or perhaps, suburbia doesn’t belong here View
Shaun Rivera - 3 hours ago
Zoe Lewer yep if we all lived in humpys that would solve the problems View
Peter Rudd - 3 hours ago
Deciduous trees make sense, shade in summer, light in winter. Of course we must keep gum trees for wildlife and ecosystem but... View
News 190