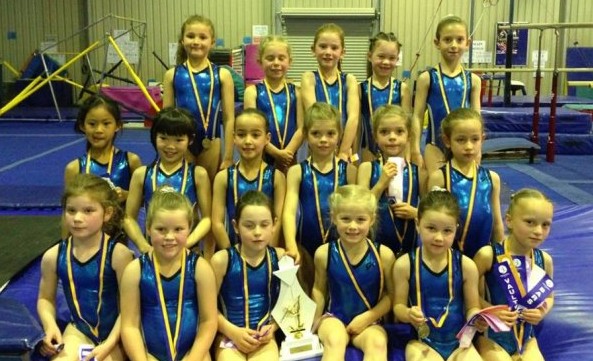 As one of the only all-ages gymnastics club in Canberra’s north, places at Belconnen’s Canberra City Gymnastics Club are in hot demand.

It’s only the end of the first week of the new school term, but Canberra City Gymnastics Club office staff member Ann Dawson says classes across all age groups are almost completely booked out.

“We would like to expand into Gungahlin to better cope with demand, but in the meantime we do recommend registering as early as possible to secure a place,” she says.

“We have such a high retention rate that fitting new people in can be difficult. I’d say we have less than a dozen places available right now, which is hard to believe!”

Ann has been involved with the club for around eight years. Though her daughter no longer trains or coaches at Canberra City Gymnastics, she says the club’s positive environment keeps her coming back – despite the long drive from her home in Canberra’s south.

“Over time you get to know the people, kids and staff that you work with, and as a not for profit organisation with huge numbers – I’ve processed over 700 registrations this week alone – you want to do the best that you can to help them out,” she says. 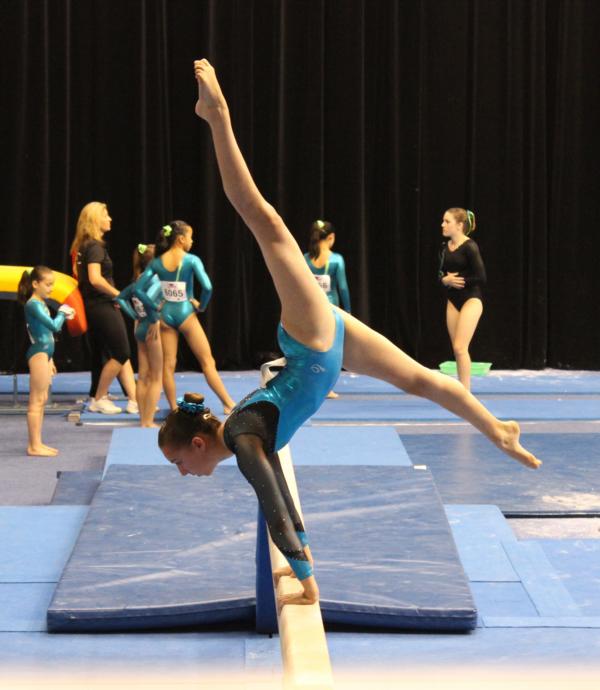 Canberra City Gymnastics Club, which was founded by Dr Les Sharp in 1978, caters to people of all ages, from two-year-olds to adults.

“We start off with kinder gymnastics classes for building coordination and getting to know the gym, developing social skills and gross motor skills,” Ann explains.

“Then we have the school aged programs, where the biggest area is recreational classes where kids can learn basic gym skills in a fun environment without concentrating on competition.”

Ann says that many of the club’s competitive gymnasts are busy preparing for the 2015 Australian Gymnastics Championships, which will be held in Melbourne later this month.

“Nearly all of our senior level gymnasts are members of the ACT team this year, which is great,” Ann says.

“We’ve had a very good reputation in the past and one year even had an ACT team comprised entirely of Canberra City Gymnastics girls, which placed at Australian Championships.”

Ann says the club is particularly proud of former Canberra City gymnast Laura Peel, who competed at the 2014 Winter Olympics in aerial skiing and won her first world title at the 2015 World Championships in January. Club gymnasts Adam Falzarano and Hannah Breynard have also represented Australia in recent years.

Canberra City Gymnastics takes new registrations all year round, however, as the only north side gymnastics club in Canberra, it’s best to register early as vacancies fill up quickly.

Hi Amy, I just saw this post and profile on Canberra City. I own Gungahlin Gymnastics with my husband and we are Canberra’s newest Gymnastics ACT affiliated club located in Mitchell. I note the Gymnastics ACT website has not been undated to include us as an affiliated club but we are most definitely a recognised club. We offer classes in Kindergym for kids from 1 – 4 and then from 5 years to adults of all ages. We are so happy with how the Gungahlin community has embraced our new club and look forward to welcoming new members in Term 3.

For those on the south side, there are two other gymnastics clubs, both properly affiliated and accredited – Woden Valley Gymnastics Club in Holder and Southern Canberra Gymnastics Club in Wanniassa. Both also offer rec and competitive programs and both have great coaches. Gymnastics is an awesome sport to get your kids into – boys or girls – it really is the foundation of all other sports because it develops strength, flexibility, cardio fitness, and balance.

Hey Sheera, that’s interesting. To the best of my knowledge, Canberra City Gymnastics Club is one of two northside clubs affiliated with Gymnastics ACT (my understanding is that the other, Jitterbugs, only goes up to age 9). Thanks for bringing Gungahlin Gymnastics to our attention though – and great to hear your daughter is enjoying the classes!

My daughter commenced last week and is already hooked (comforting given she has wanted to do gym for years). The new facility is lovely and fresh with the Coaches Megan and Joel are lovely, very well organised, great communication and from what I could see watching last week, make all of the kids feel welcome. They run a very professional outfit.

Watching had me thinking I might join the adutls gym class! I suggest you check them out, Im sure they will be a force to be reckoned with in the future.

Jaffa Groube - 24 minutes ago
It shows the rest of Australia that Canberra is not just politicians and public servants but ordinary folk like themselves. View
Kris Peralta - 39 minutes ago
It's not the event, it's just some of the grubs that it attracts. I think a half decent track and drag strip would be better... View
Rachel Bambi Taylor - 46 minutes ago
Tharren Kingston-Lee I’m not really getting into it that way, just mean that I think that’s what he is referring to View
Motoring 62

Barbara Biddle - 2 hours ago
Peter Montgomery yep so when the track is closed down the developers get a hold of it. All profit based … View
John Evans - 2 hours ago
Well if the ACT is denied a drag-strip due to noise then why not ban the raceway? Got to be consistent. View
Sandie Ann Johnston - 3 hours ago
God we are never allowed to have any fun in life. So not fair !!!!! View
News 40

Capital Retro - 4 hours ago
The smell at MLRMC where it ends up has certainly increased. View
Ocumus Prime - 7 hours ago
There is no way 30% of my homes garbage is food waste (we compost). I am all for trials but also curious if they are trialing... View
Property 1

I know it’s a generalisation, but many Canberra residents appear to have an uncomfortable relationship with anything to do with...
News 190

@the_riotact @The_RiotACT
#ActewAGL House in Civic has been sold to #CharterHall for $76 million, as the investment group continues to build its #Canberra portfolio https://t.co/RCwY27x7u4 (50 minutes ago)

@the_riotact @The_RiotACT
It’s not just the smell of sawdust and freshly chiseled wood shavings that stir the passion of #Goulburn Region #Woodworkers' members – a sense of community spirit and belonging also plays its part, writes John Thistleton https://t.co/ytL1Mf3KrU (5 hours ago)