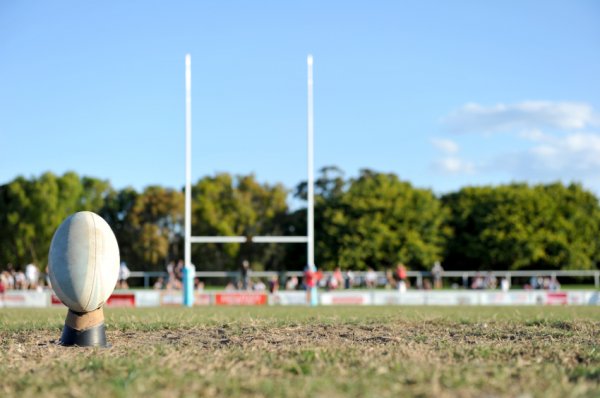 The Canberra Vikings powered to its second win of the National Rugby Championship by defeating Queensland Country 26-21 at Viking Park on Saturday afternoon.

The Vikings unleashed the most powerful backline seen in the competition yet, with almost every member of it boasting Super Rugby experience, and fans weren’t left disappointed as the Vikings’ stars came out on top in the fast-paced battle.

Jarrod Butler crossed for the first try of the afternoon and Jesse Mogg added the extras, but the lead was short lived as a Joe Tomane pass was intercepted by Clynton Knox, who ran away to score.

Beau Robinson put the visitors ahead with a well worked try through the forwards, but Jerome Niumata ensured the home side entered half-time on level terms when he took a pass from Jesse Mogg and planted the ball in the right hand corner.

Robbie Coleman was the difference in the second-half. The Vikings man set up Nigel Ah Wong for a try before scoring one of his own to lift Canberra to victory.

It hasn’t all been smooth sailing for the Canberra Raiders in 2014, but you wouldn’t have thought that on Saturday as Ricky Stuart’s charges showed glimpses of their best to record a 33-20 victory over the Parramatta Eels at Canberra Stadium.

The Raiders were the better side for most of the match and their hunger and determination not only gave Canberra its third straight win, but also ensured that retiring prop Brett White went out a winner.

The Eels entered the clash with a chance of squeezing into the top eight with a victory, but it wasn’t to be as the young Raiders gave evidence of the type of football they are capable of playing, and fans will cling to the hope that it is a sign of things to come next season.

Kenny Sio and Jarryd Hayne each bagged doubles for the Eels.

Leu Saipani was the hero for the Blues. The winger pounced on a Dave Pangai grubber kick in the first minute of extra time and his effort ultimately proved the difference as the Blues held on to secure the win.

The result goes a long way to easing the pain of last year’s grand final loss to cross-town rival the Queanbeyan Kangaroos, which was also in extra time.

The Blues opened the scoring early through halfback Ben Nicholl, but Goulburn hit back through Michael Bani to level the scores at 6-all after 10 minutes.

Dave Pangai crossed midway through the first-half to give the Blues a 12-6 lead. Tim Turner then crossed out wide for the Bulldogs before Luke Turner barged over to make it 16-12 in Goulburn’s favour early in the second-half.

Blues centre Tom Ruediger scored twice to put Queanbeyan back in front at 20-16. Nathan Chappell then crossed for Goulburn with just minutes left to send the match to extra time and send a tremor of alarm through the Blues camp.

But Pangai and Saipani ensured there would be no repeat of last year’s heartache and combined brilliantly in the first minute of extra time to secure the result.

Canberra FC put the tumultuous events of this season behind it on Saturday to set up a National Premier League grand final clash with Belconnen United at the expense of Cooma Tigers.

FC thrashed league champions Cooma 3-0 at McKellar Park to secure a spot in the season decider for the second straight year.

It is a remarkable achievement given the season FC has had. The sacking of coach Ray Junna half way through the year was followed by a run of four straight losses to end the regular season, but those setbacks were far from the minds of the FC players on Saturday as they went about business in ruthless fashion.

Cooma, meanwhile, will be disappointed it couldn’t build on the terrific form that saw it claim its maiden league championship just a few weeks ago.

The field included a number of Australia’s most highly ranked archers including the number one ranked female compound archer Rachel Morgan and former Olympian Melissa Mongan.

Competitors ranged in age from twelve to mid 60’s and competed across both recurve and compound bow divisions. Light winds and cool conditions were only a minor distraction for competitors, with Rachel Morgan from the Tuggeranong Archery Club shooting the highest score of the day, recording 1370 from a possible 1440 in the women’s open compound division.