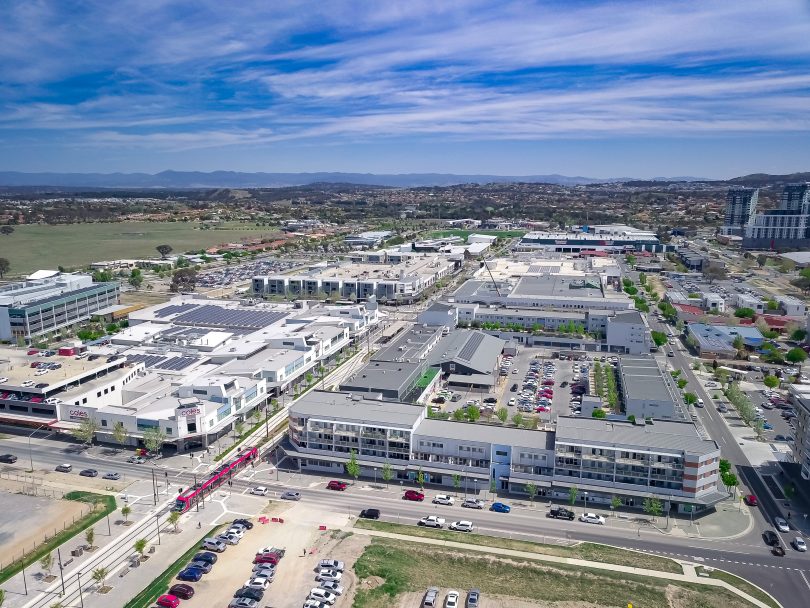 Gungahlin Community Council president Peter Elford said he was concerned about how much land was zoned for residential buildings compared to office blocks. Photo: George Tsotsos.

The loss of proposed office buildings to more residential highrises in the Gungahlin town centre has cast a shadow over the ACT Government’s updated plan for Gungahlin, with residents concerned about the lack of jobs in the growing suburb.

The plan recommended a “more informed” target of 100,000 square metres for commercial office floor space over the long term, taking into account the opportunities that light rail will present and the amount of undeveloped land available in the town centre.

“The 100,000 square metre target equates to approximately one square metre of commercial office space per resident in the Gungahlin district,” the plan said.

Gungahlin Community Council president Peter Elford said he was concerned about how much land was zoned for residential buildings compared to office blocks.

“They are looking to allow residential buildings at a much greater scale than had originally been designed and the amount of land zoned and reserved for office blocks has significantly decreased since the 2010 report,” Mr Elford told Region Media.

“Their rationale is that they haven’t seen a demand. If they are not seeing the demand, perhaps we need to do something to generate the demand. Also, once that land is lost, it is lost for the next generation.”

Mr Elford said other major town centres have big government agencies driving their job growth, with Tuggeranong home to the Department of Social Services, while Department of Home Affairs was in Belconnen.

“Apart from the ACT Government’s own building which employs around 500 staff, we don’t have much in Gungahlin,” he said. “I don’t think this is how Canberra was envisaged.

“In a perfect outcome, we would have the employment base of Canberra distributed around the town centres in a sensible way but Gungahlin has not had any substantial investment for office infrastructure.” 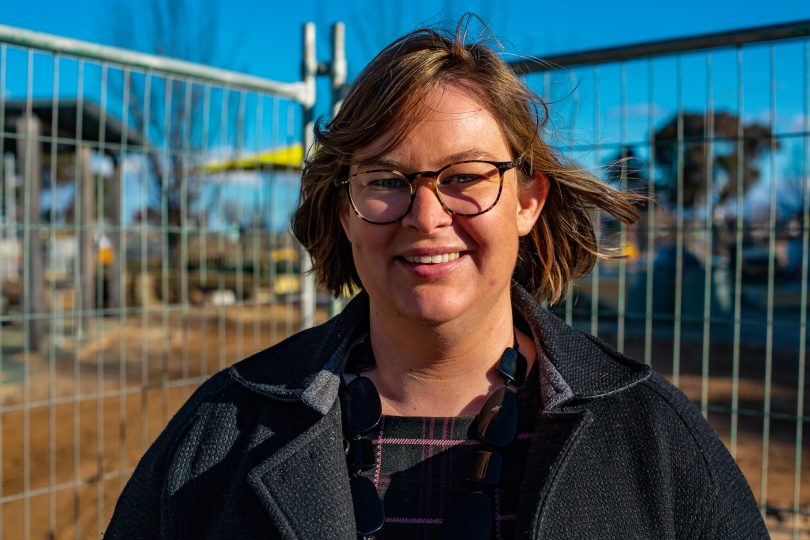 Ms Orr said there will also be more business and employment opportunities in Gungahlin with more office buildings planned for the town centre while preserving the town centre’s village feel.

“We know the Gungahlin community wants to see more employment opportunities within the town centre, that’s why two large blocks of land in the centre will be reserved for large-scale office buildings. They are close to the light rail corridor to make it easy for office workers to commute.

“There are already some positive signs of renewed interest in the centre with Defence Housing Australia recently announcing it would bring its headquarters and 290 employees to the centre in 2022. We look forward to seeing more interest in our town centre.”

Mr Elford said the height restrictions seemed “sensible” and is consistent with feedback from the community but said the “horse had already bolted” in the west Gungahlin precinct, with large scale high rises already approved in the area.

To view the Gungahlin plan and to have your say, click here.

We are beginning to use up all of our CBD space. The ACT Government have now released plans to expand the CBD out to the existing apartments on Flemmington road.

The Government seems to think that is what the population of Gungahlin want. More residential apartments in the CBD but I don’t think that is the case at all.

We will only have one opportunity to decide the makeup of the Gungahlin CBD. And we want to make sure it is in the interests of the people of Gungahlin.

We have requested the justification for the reduction of business zoning. Because it has already been used to justify Geocon modifying the zoning for a previous “business park” for mixed use residential (The infinity towers high rise precinct) Due to an apparent lack of interest from business.

The Bunnings development literally across the road had no such issues in attracting retail business to the site ?

So the question remains what is the justification in halving the business zoning from 200,000 sq metres to 100,000. Due to this new “apparently lack of interest” did they have a BBQ and no one showed up ?

Jobs are not just along the light rail route. Employment in Gungahlin would increase the occupancy of carriages to Gungahlin in the morning and from the district in the afternoon.

The reduction in office space is short-sighted. The centre needs to be able to respond to major office opportunities if and when they arise. Such employment would assist businesses, increase the efficiency of light rail and reduce road congestion. The Federal and ACT Governments need to do more to attract employment to the centre. Maintain the office space at 200,000m2 and review the limit in 10 years time. To sell the land for residential before then would demonstrate strategic planning is dead in the ACT

This government wants everybody to get on the road and travel into Civic, where the commercial profits and kickbacks are highest.

If only have to look at the rent per sq/m to see it’s not viable.

We need major employment, to reduce the number of commuters who have to work in the other districts.

How much future growth is predicted for office-based work in Canberra? I don’t expect the number of APS employees in Canberra to substantially increase anytime soon, if ever, and more people in white collar roles will be working from home.

the roads are all ready to small for the traffic we get and you want more people in the town center?

more apartments apparently, never enough… if in doubt go ask Geocon for their opinion, CBR times does it alot

“High Rise”. Bit of a stretch calling almost anything in Canberra that

Why can’t it be a mix of both. Offices I the bottom resi up top

Should have more jobs in Gungahlin. Then the LRV could have a full load of passengers going both ways at peak times.

We don’t need more residential high-rises The ACT government has to realise Canberra is not Sydney or Melbourne and it’s never going to be. Just not in the ACT but Right around the country There Has to be new laws on major investors just look at Woden and parts of bell Connon it looks like something out of Russia

The ACT govt always takes the lazy and shortsighted approach in dealing with such issues. Barr should observe the Gungahlin dormitory workers on mass migration every morning and evening, clogging major roads thus reflecting such a negative outlook of this planning debacle. Most of the apartments in the Infinity towers look empty and unoccupied at night and they keep approving more. Looks like the $billion Tram unsurprisingly has not made much of an impact to the betterment of our lives.

Isn’t that what the Tram is for, to get people to their city office jobs?

clearly, that’s the plan…
which throws the canberra plan in the bin, but surely there are a lot of influential and lobbyists riding the Gravy Tram, erm, Train.

See… you already call it “city”… despite the plan of Canberra of not having a CBD, but multiple town centres, keeping people from be commuting all to a single place and the very fact Canberra didn’t know what traffic jam was until the pushes to make Civic the “city centre”… (aka, 10yrs ago, when ATO moved there, and all the Constitution Av buildings renovations, etc).