M5 sells out to the Merchants of Death 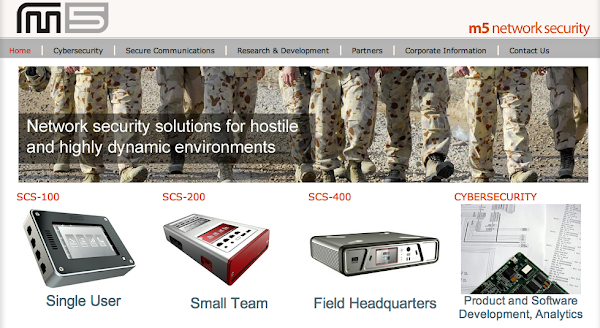 The US-based security giant said today that the acquisition would close “later this year … subject to Australian government review”.

It looked at M5 as a way to enhance the cybersecurity and secure mobile communications advisory it could give to Northrop’s Australian customer base.

Likewise, M5 said it saw benefits in being part of a larger global firm.

This is fantastic news! Congratulations to M5, all that hard work has paid off.

Your average person has no idea how much dedication, hard work and flat out intellect is required to pull off this sort of deal.

Canberrans/Australians should be proud that a local company could produce technology capable of capturing the eye of a global defence leader. This is excellent news.

So the M5 has been sold to another company. I hope the toll doesn’t increase or I’ll have to start taking the Murrays coach to Sydney.

Seems a lot of the big companies are moving in for a slice of the IT market here.

Only just had CSG Professional Services bought by NEC (After being owned by ipex, volante, commander and of course CSG) and Lockheed Martin muscling into canberra for their slice of the pie (with a fancy new building out at Kingston).

I wouldn’t paint Northrop as being the only ‘merchant of death’. Just about any major corporation has their finger in something directly or indirectly involved in finding better ways of making people into puddles of flesh.

Rob Quarmby - 8 hours ago
Most I’ve ever seen around my area this year hadn’t seen them for a long time before this... View
Daniel Palmer - 9 hours ago
Minus the fires, has me stumped why. View
The Garden, botanicus perfectus - 12 hours ago
Ann Gottaas View
Lifestyle 16

estelle3724 - 14 hours ago
I would like to ask Ms Castley what more she wants the government to do for business. She never mentions that business receiv... View
News 12

lexyliz - 20 hours ago
Does anyone know what happened with this case? A friend mentioned it yesterday as we are planning to send our son to this cen... View
News 9

Capital Retro - 21 hours ago
The next high impact bushfire that will rip through Canberra will be in about 20 years so there should be plenty of time to r... View
show more show less
*Results are based on activity within last 7 days

@the_riotact @The_RiotACT
Have you been shocked by your latest #electricity bill? One Bonner resident saw her last quarterly #bill soar $1000, and she's not the only one https://t.co/0fib4XxA9r (9 hours ago)