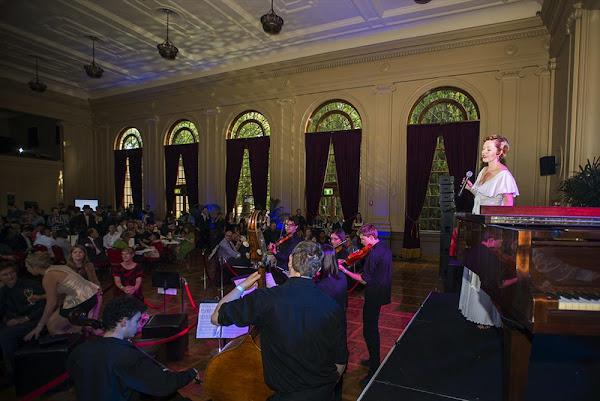 The MusicACT Annual Music Awards is coming back, and it’s time to submit yourself to them in order to win fabulous awards later!

Head over to musicact.com.au/mamas and register your act.

Also worth noting is that the MAMAs have increased their number of categories for awards from 19 to 26, so if you felt your thing wasn’t represented last year, you may be in luck this year.

MusicACT is proud to announce that The 2013 MAMAS are the first state/territory based music awards to recognise the diversity of Electronic Dance Music.

Other new awards include Best Cover Band and Best Music Theatre Production, which join Best Artist, Best Youth Artist, Best Live Performer and Best Live Venue as publically voted categories. MusicACT has also expanded the merged categories so that Blues, Indie, Rock and Jazz each have their own award. This is Canberra’s music industry on an unprecedented platform.

Bronwyn Wilson - 3 hours ago
Where are e teacher librarians going to come from? There are very, very few in the ACT - that’s why so many schools don’t... View
Chris Cross - 3 hours ago
Layla Barry almost $1 TRILLION and counting, courtesy of Federal Liberals, who almost scared the nation into recession with t... View
Pam Wood - 6 hours ago
Another rort in progress View
ACT Election 16

Fito Ferrari - 5 hours ago
Lake Burley Griffin should be emptied, land filled and lots of apartments built on it. View
Brent Hutch - 5 hours ago
Gloria Altinger might need to check your maths View
Tom Munro - 7 hours ago
Conrado Pengilley Nothing to do with ACT government. It’s NCA land and would be federally funded. View
Property 8

@The_RiotACT @The_RiotACT
The stars have aligned for Canberra born & bred lawyer Haydn Marsh from @SHGLawyers, presenting him with a host of opportunities https://t.co/Lkfg9s5F5o (40 minutes ago)