Sue Salthouse was a prominent campaigner for people with disabilities. Photo: Women with Disabilities ACT.

ACT Policing has alleged that the 33-year-old behind the wheel of a vehicle involved in the collision that killed renowned disability advocate Sue Salthouse had methamphetamine in his system at the time of the crash.

The man from Ngunnawal has been issued with a summons to appear before the ACT Magistrates Court. He has been charged with culpable driving and drug driving over the fatal accident and will appear in ACT Court on 18 December.

The summons was issued at the conclusion of an ACT Policing Major Collision Team investigation into the accident on Commonwealth Avenue Bridge that caused the death of Ms Salthouse, aged 71, on 20 July 2020.

The accident occurred at about 2:40 pm when Ms Salthouse was travelling south in her wheelchair-accessible motorcycle. She later died in hospital.

READ ALSO: Farewell to Sue Salthouse, a tireless warrior for our community

At a media conference to announce the summons, Superintendent Corey Heldon said the accused had fully cooperated with police and the investigative team had had assistance from witnesses and public CCTV.

While acknowledging the length of time the investigation had taken, Supt Heldon said much of the evidence was technical in nature and required expertise to understand the physics of the collision.

She said police had maintained contact with the family and, while lengthy investigations could prove frustrating, the understanding that it had been done correctly was a comfort to families.

Ms Salthouse, who was named the 2020 ACT Senior Australian of the Year, was known as a fierce and passionate advocate for people with a disability and, in particular, women with a disability. 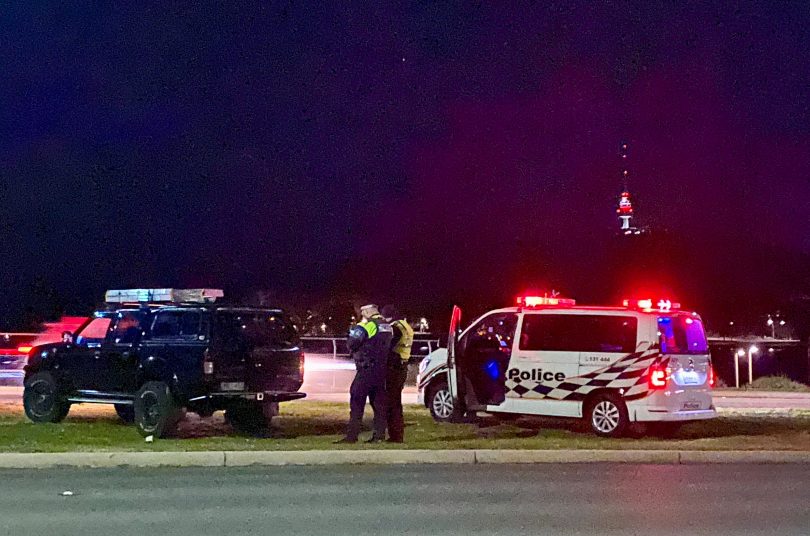 Police at the scene of the accident on Commonwealth Ave. Photo: Michelle Kroll.

A tribute page on the ACT Government website said Ms Salthouse’s life was one of service and contribution to her community.

“She worked for greater recognition of the enormous contribution that women with a disability make to the workplace and in leadership roles,” the page stated.

“Sue was a proud member of the disability sector and a huge part of the rich fabric and diversity of Australian society. She devoted the past 25 years of her life to redress the balance and break down barriers for participation for people with disability and showed an unwavering commitment to promoting an inclusive Canberra community.

“She was authentic, honest and faithful, to the cause and to her friends and family, and she was a champion, for ideas and for people, and someone who stepped in front to take on leadership and speak truth to power.

“Sue leaves behind a huge void in our community but her legacy will continue through the people she has touched.”

A state memorial service to celebrate her life was held in August.

Anyone with additional information about the accident is still being encouraged to contact ACT Policing through Crime Stoppers.

Damn I miss her so much and so often. Taken too soon 🙁