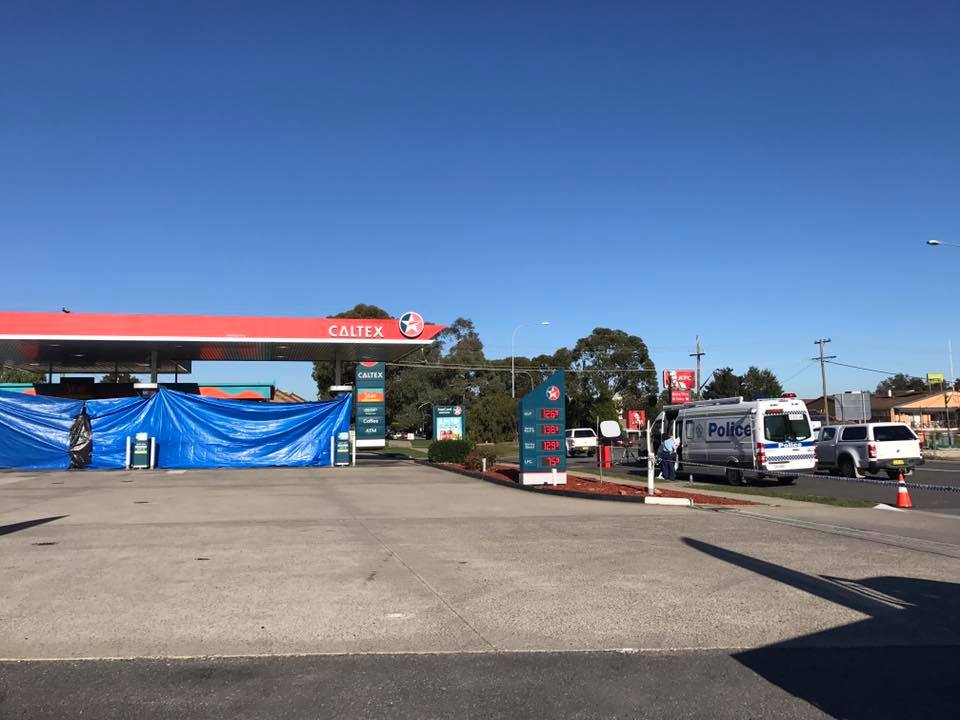 Police have arrested two teenaged boys in relation to a violent cross-border crime spree last night that left one Queanbeyan man dead and another seriously injured in hospital.

A 29-year-old attendant at the Caltex service station on Bungendore Road, Queanbeyan, suffered fatal stab wounds at his workplace late last night. A colleague arriving to relieve him just before midnight attempted to revive the man but he died at the scene.

It is alleged that two teenagers entered the petrol station at around 11.45pm and a struggle took place soon afterwards.

Superintendent Rod Smith of the Queanbeyan Police told media at the crime scene this morning that the stabbing was the first of “an absolultely horrific series of events”.

“It doesn’t need to be said but it doesn’t get more serious than this,” he said.

“We’d just like to reassure everybody that the two people we believe to be involved are both in custody.”

Once inside the service station, the alleged offenders were locked in but police say they managed to smash their way out, taking the cash register as well as some other stolen property.

Police will allege the teenagers were subsequently involved in a series of violent crimes in Queanbeyan and Canberra including an aggravated break and enter, where a man was bashed with a tyre iron; a second stabbing incident in Southwell Place, Queanbeyan at about 6.20am today which hospitalised the victim with wounds to the stomach; and another assault in which a man was bashed in a park.

The second stabbing victim was treated at the scene, before being taken to hospital with non-life threatening injuries. The alleged attackers were seen leaving the scene in a silver Ford Falcon.

Police located the vehicle a short time later, and after it failed to stop, a short pursuit was initiated.

Just after 6.30am, the two teenagers were arrested on the Monaro Highway, ACT, near Chisholm. They were taken to the ACT Watch House, were NSW Police will seek their extradition back to NSW.

Eric Staal - 1 hour ago
Jake Badger change is scary and bad View
Kylie Beer - 7 hours ago
Ian Hubbard Ian, I know you know that the YWCA does a lot more than childcare. The current buildings on the site haven’t be... View
Joan James - 7 hours ago
Rob Parker my thoughts too! View
News 51

William Coats - 12 hours ago
Lee McDowall and he personally probably wont face the people again. It is good of the union not to strike until the week afte... View
William Coats - 12 hours ago
Nathan, The ACT is run as a union town, unless we complain nothing will be done. "fix my street" is the perfect example, why... View
chewy14 - 16 hours ago
The whole point is that developers have worn the costs of their proposals based on the current land use and policies in place... View
News 52