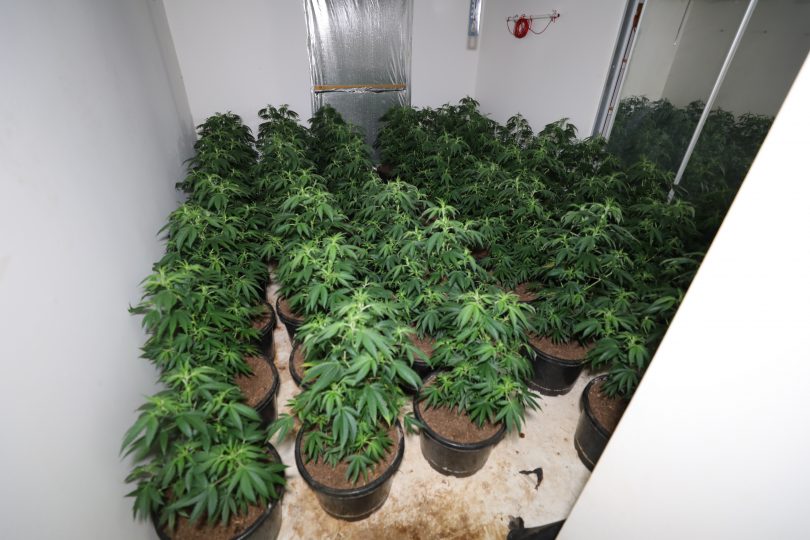 A Melba man will face the ACT Magistrates Court today after Police seized $20,000 and 300 cannabis plants in Spence on Wednesday night (13 June).

The 42-year-old man was arrested and conveyed to the ACT Watchhouse where he was formally charged on drug and trafficking charges including cultivating a commercial quantity of a controlled plant.

ACT Policing said they will continue to target and disrupt the illicit production, distribution and trafficking of drugs in the ACT.

Anyone with any information about the manufacture, distribution or supply of illicit drugs is urged to contact Crime Stoppers on 1800 333 000, or via the Crime Stoppers ACT website.