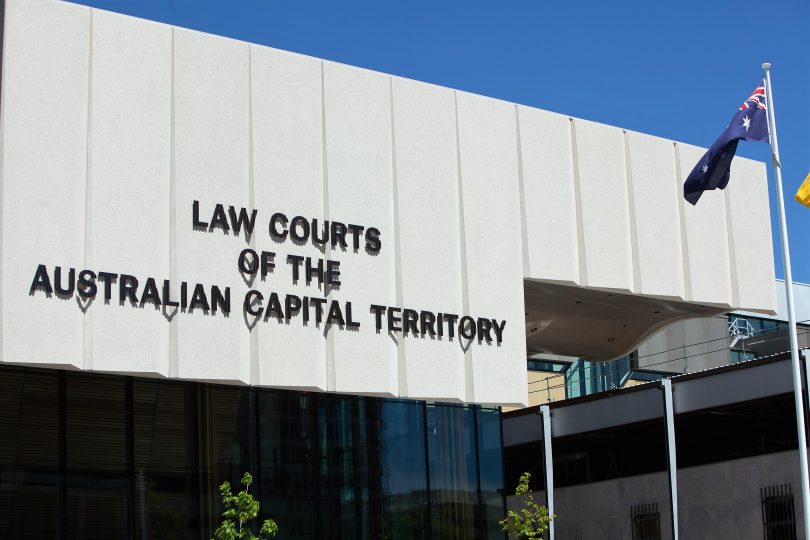 On 29 September 2016, ACT Policing’s Criminal Investigations team, as part of Operation Ronin, raided a residence in Palmerston, where they located a safe hidden behind a false wall.

Within the safe, police located two kilograms of methamphetamine (ice) and 1.5 kilograms of heroin, with a combined street value of over $2 million. Further amounts of ice and cocaine were located within the residence, in addition to stolen property and an amount of ammunition.

A 35-year-old Palmerston man was summoned to appear before court at a later date but the man did not appear and had evaded police arrest since. 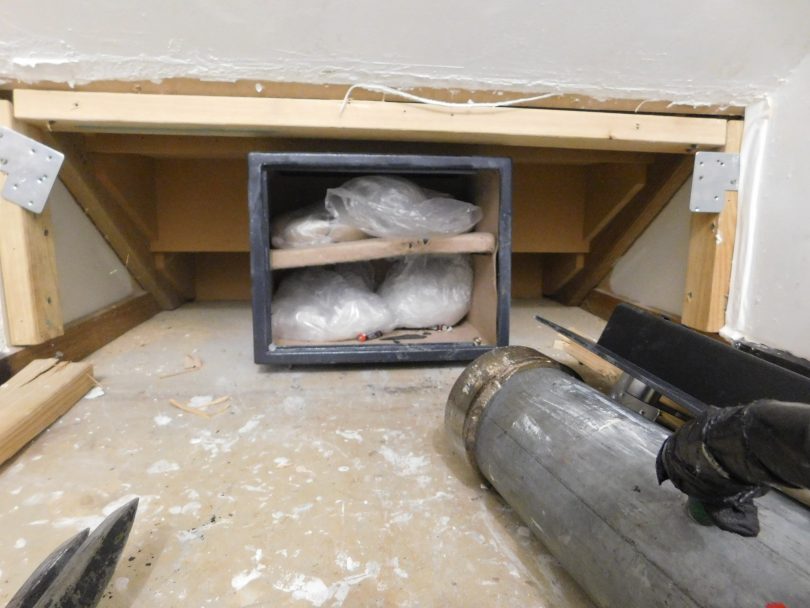 The drugs were found in a hidden safe. Photo: Supplied by ACT Policing.

Earlier this month the man was arrested by NSW Police in Cooma on unrelated matters.

He will face court today and police will oppose bail.

Detective Acting Superintendent Matthew Reynolds said the arrest was a warning to those supplying illicit drugs in the nation’s capital.

“Operation Ronin was a highly successful operation for ACT Policing and the community – seeing numerous offenders charged with a range of offences,” he said.

“And our work to track down others involved in these matters has continued. This arrest and extradition of this man is fair warning to those involved in the illicit supply of drugs that ACT Policing will locate you and bring you before the court.”