Mawson – please comment on the draft variation to the Territory Plan 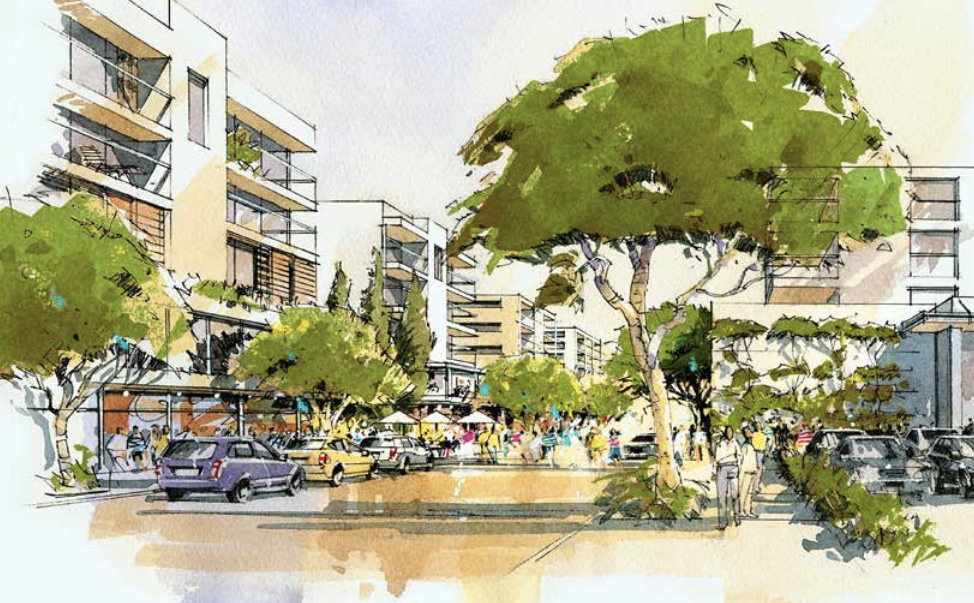 Go to https://www.yoursay.act.gov.au/woden-mawson-and-athllon-drive, there is a link towards the bottom to have your say. Comments close on Friday 21 April 2017.

The concerns of the Woden Valley Community Council (WVCC) are outlined below.

The variation to the Territory Plan provides guidance on the built form and character of the Mawson Group Centre (Centre) as it develops into the future.

The draft Variation proposes to overshadow the square with four storey buildings on the north-west perimeter of the square. Overshadowing the town squares has been a concern at Curtin, Woden and now Mawson. There are plenty of other sites to develop taller buildings to provide for densification. The WVCC recommends the existing heights on the square are retained to maximise the sun in the square, particularly during Autumn and Spring.

Similarly, the draft variation proposes 6 storey buildings on the west side of Mawson Place. This will completely overshadow Mawson Place which is proposed as a main street for dining. The WVCC recommends retention of existing building heights on Mawson Place with taller buildings, 4 to 6 storeys, located to the south of the Centre and along Athllon Drive.

The Master Plan provides for the connection of the Mawson Place Precinct to Athllon Drive via a new road at the southern end of Mawson Place. The road hierarchy, including this new road should be included in the draft Variation.

The Master Plan acknowledges pedestrian and cycle access needs to be improved to and within the centre including along Mawson Place, Heard Street, Mawson Drive and Athllon Drive, as well as through the surface car parks.

The proposed cycle connections in Figure 42 of the Master Plan should be incorporated in the draft Variation to provide confidence to the community and developers as to where the alignments for future investment in cycle paths will be.

Development along Athllon Drive should consider the significant vista to Black Mountain and the Telstra Tower and ensure that views are not obstructed and are available to residents and the public.

I was excited seeing construction along Athllon Drive in Kambah. At last, I thought. The duplication of Athllon Drive (the corridor has been reserved from when Tuggeranong first began in 1972). But no, it seems to be just construction for a new bus stop. Oh well, as you were.

The point about traffic flow is a very important one.

Are there any plans to increase the number of lanes along Athllon Drive?

Also with the ability to increase the number of residents within Phillip Services & Trades Precinct, Woden Town Centre, along Athllon Drive from Hindmarsh to Mawson and the Mawson Group Centre there will certainly be significantly more road traffic and the proposed tram will certainly not take up all the additional demand for transport.

We are a city with sprawl and most people have to go somewhere else for their leisure, education and work. The car will still be required and preferred mode of transport.

The area will be faced with extreme traffic jambs at all intersections within the area.

Ben Johnston - 2 hours ago
"In a 50-minute ministerial statement this morning (22 June), Business Minister Tara Cheyne told the Legislative Assembly tha... View
Lewis P Owlay - 5 hours ago
Worked a treat View
HiddenDragon - 8 hours ago
Unless there's a strong likelihood that the scheme will be re-run, with a somewhat larger budget next time, it might be bette... View
Community 52

Jason Richards - 8 hours ago
How about tougher laws on the fruit bats riding three wide on unbroken lines... View
Ol L - 9 hours ago
Stupid. Increasing fines won’t stop anything. Look at the near annual fine increases for speeding. View
James Forge - 9 hours ago
Grant Rixon I'm not saying that. I'm against cyclists flouting the current law by not slowing town to... View
Property 3

sammo1 - 10 hours ago
It almost already is! Most of the population work and shop in Canberra or Queanbeyan. Its really not that far out.. It seems... View
consumeradvocatecanberra - 13 hours ago
Hmm, what a great place for a satellite city for Queanbeyan or even Canberra (thinking Oaks Estate-perhaps not workable) but... View
MERC600 - 13 hours ago
It's been quite a while since I wandered into the Captains Flat local. Back then they were only using one corner of the place... View
Food & Wine 5

Julie Macklin - 13 hours ago
Flannelette shirt. That's all I have known them called and what I have always called them. Never hard of the other words befo... View
show more show less
*Results are based on activity within last 7 days

@The_RiotACT @The_RiotACT
ARIA award-winning superstars, multi-state indie supergroups and local legends - oh my! All that and more in this week's #GigGuide https://t.co/eFn9yY4gw0 (4 hours ago)

@The_RiotACT @The_RiotACT
Indian Myna birds have been declared a pest species by the ACT Government due to their environmental and health impacts. It's part of an effort to reduce the population of the invasive species in the Territory https://t.co/BAb0ctQyAl (5 hours ago)

@The_RiotACT @The_RiotACT
The Canberra Region @TruffleFest is more than a celebration of Tuber melanosporum, it highlights the best food and wine the region has to offer. Here are some events you won't want to miss https://t.co/zaKealFux0 (7 hours ago)