With quality products from Monaro Screens
27 May 2022 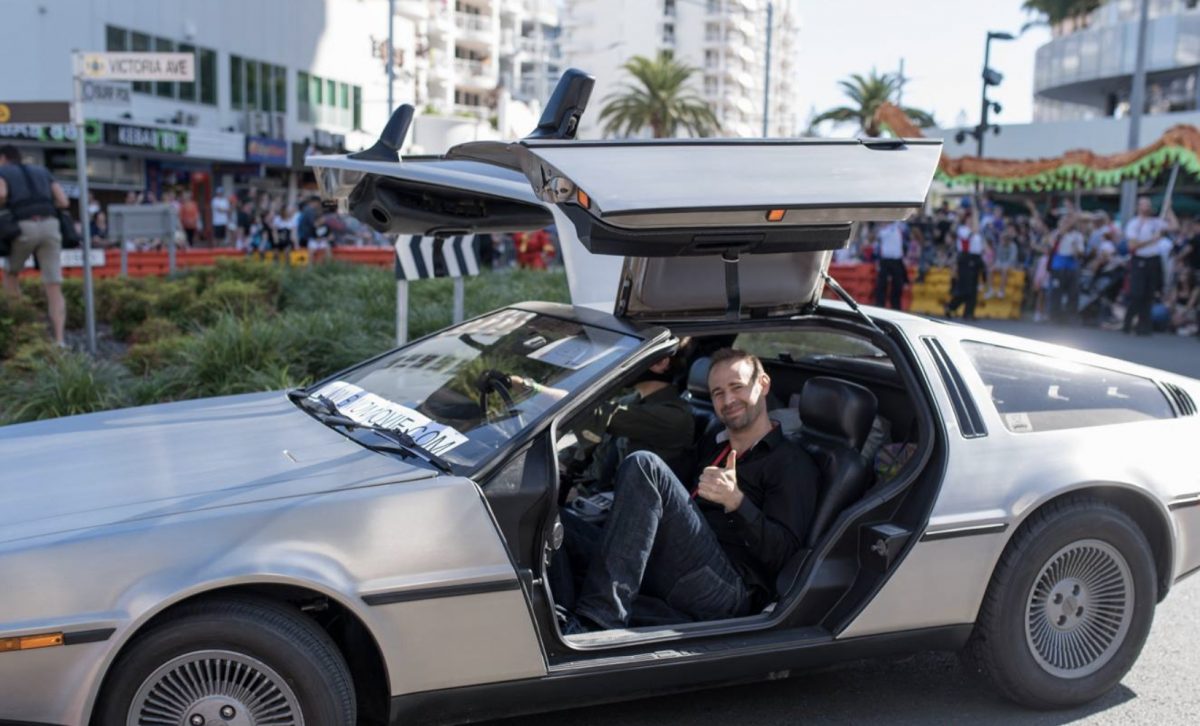 “Roads? Where we’re going, there are no roads.” So said Doc Brown in Back to the Future, shortly after stuffing the steaming engine of his DeLorean time machine with banana peels, coffee grounds and other assorted compost.

Fast forward to 2022 in Canberra, and the iconic stainless steel sports car is starring in another film. This time, local owner and filmmaker Ché Baker is fitting it with an electric motor and a bank of batteries.

After all, where we’re going, there is no petrol.

The ACT Government has awarded $28,000 to the National Film Academy for the creation of a documentary about converting a fossil-fuel-powered car to run on electricity.

The Electric Dreams film is one of six projects to share $155,000 under the Community Zero Emissions Grants program, designed to deliver projects that help address climate change.

Director Ché was behind Canberra-based Blue World Order (2017). He says his new project plays on his interest in the zero-emission transition.

“I thought that by doing a documentary and following the process of converting the DeLorean, it would be a really good hook to show people there are other options to buying a $90,000 Tesla,” he says.

The car itself originally came to Australia for the 20th anniversary of Back to the Future in 2005. Best-selling author and friend Matthew Reilly bought the iconic vehicle and converted it to right-hand drive. Matthew left for the US to pursue a career in film and the car fell into Ché’s hands.

“He thought they were safe hands, but I said to him that if you’re going to leave it with me, I’m going to use it,” Ché says.

He was a man of his word – the DeLorean made its way into several of Ché’s films, including Blue World Order. And when it wasn’t on the set, it was on the street.

“The 30-year-old males especially love it – their jaws drop, and they point and honk. Young girls, not so much. Anyone born in the Back to the Future era is quite into it.”

But there was a problem: even new, DeLoreans were notoriously unreliable. (Many have observed that even if the vehicle could have hit the famous 88 mph mark, there was little chance it could have done it twice.) 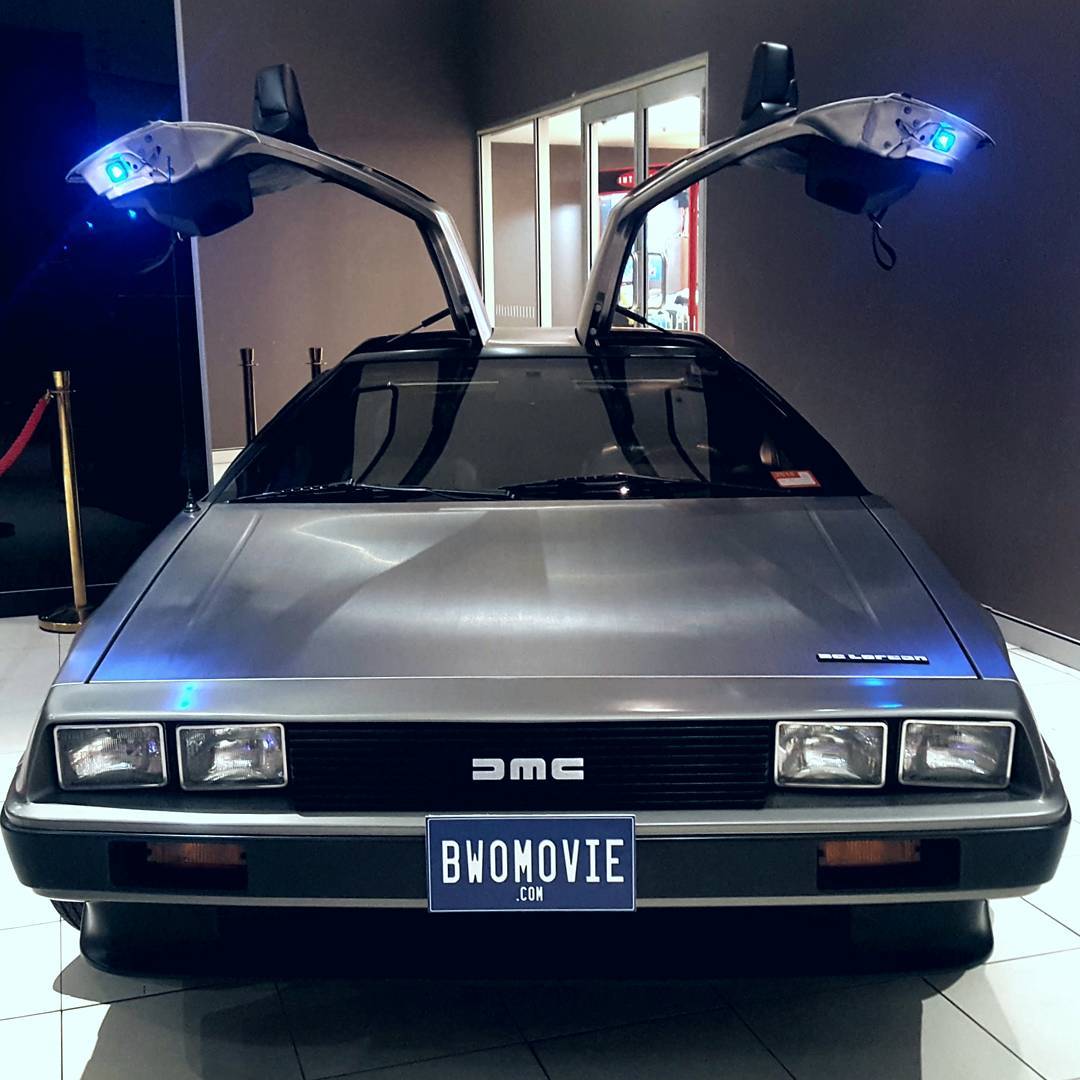 The DeLorean was produced for three short years from 1981 to 1983. Photo: Che Baker.

“It just kept breaking down at embarrassing moments for me,” he says.

“It got to the point where it wasn’t even running anymore.”

Rather than turning the stainless steel body into a cutlery set, Ché came up with the idea of giving it a new lease on life by turning it into an electric vehicle (EV).

“It would certainly be a good conversation starter.”

He teamed up with Electric Vehicles Canberra and started looking into what’s involved. He realised there is “huge” interest in Canberra but uncertainty about how to go about it.

At that moment, the documentary’s purpose became crystal clear. 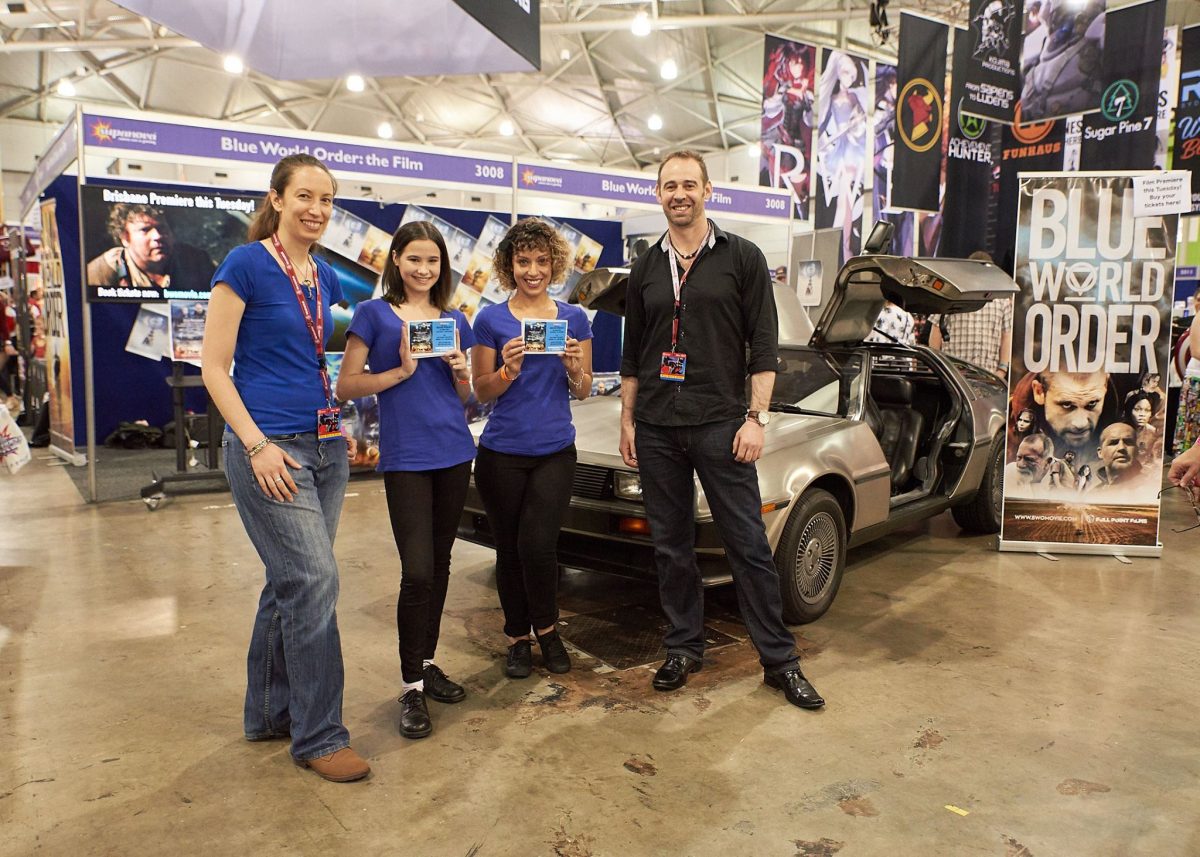 “We’re doing this to help educate everyone, particularly in Canberra, but the whole of Australia as well.”

Apart from Doc Brown, Ché may not be the only one to attempt a drivetrain change.

In February, the DeLorean Motor Company tweeted that fans of the brand could register for an online premiere of an all-new sports car. It would be styled by Italdesign and powered wholly by electricity.

All up, Ché estimates the cost of his conversion at $78,000. The zero-emissions grant will go towards the documentary, so he is looking for sponsorship of the actual process.

“Not everyone can afford a new electric car at the moment because they’re still pretty pricey,” he says.

“We’re looking for other options more people can get into the EV market. Conversion could be one of those ways, and not only for fossil-fuel powered cars but also older EVs.”

Many of the interviews and background footage have been shot, and the conversion is about to start.

“We’re moving the car over to the workshop next week,” Ché says.

“I’m anticipating it’ll be about three to four months before the film is ready.”

Whether it takes the form of a single film or series depends on the broadcaster that buys it. In whatever state it’s in at the time, the converted DeLorean will also make an appearance at the Electric Vehicle Conference and Expo 2022 in early August.

Bria Lustri is this your neighbour 😂

Why would you, keep it original worth more original then ruining by turning electric. 😢

More fun as an electric.

Jason Maynard already on it mate!

Melanie Graddon You probably already know but how cool!

Tania Hillman yup – they had one at Fully Charged Live 😁

Ryan is this not the guy who was working on the DeLorean in our basement? 😂

Jordan I think so 😂

ReplyHide replies
Richard Willcoxson9:23 am 24 May 22

Would be quicker than the original delorean donk. Doc must have done some engine mods to get it up to 88 miles an hours so quick

It really needs a LS swap !

There are indeed other options to buying a $90,000 Tesla, which are driven by the rich, the privileged and the virtue signalling, status conscious elite. Spending $78,000 on an EV conversion is costly, inefficient and beyond the budget for most people. Try $30,000 for a brand new petrol vehicle. Or $20,000 on a good used car.

Well, the electric motor would be reliable at least, more so than the original PVR V6 effort

James Watt time for an upgrade

Yeah but where is he going to get a battery with a 1.21 gigawatts capacity?

Is that where MR’s delorean ended up Che??

If I had one of those I would keep it safe in the garage and only drive it from time to time.

He should have put an LS in it