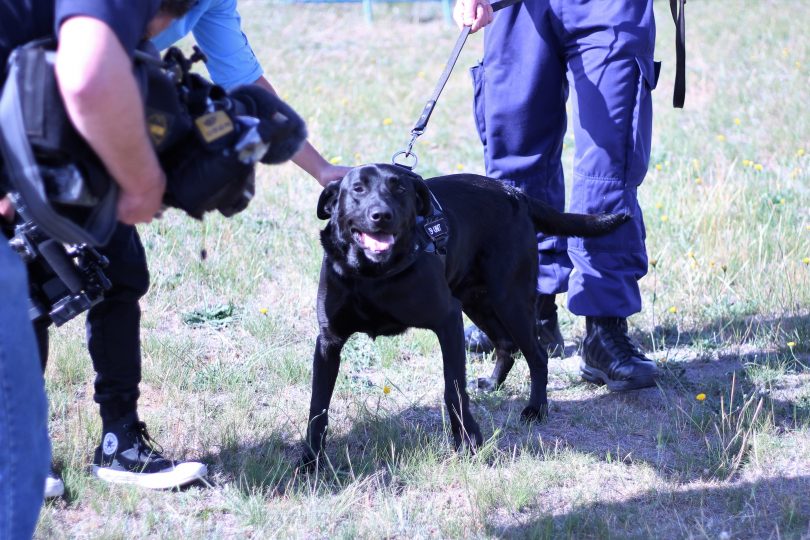 Uno goes through his paces with his handler outside the Alexander Maconochie Centre. Photo: Pete McPhillips.

Despite his name, sniffing out narcotic substances is no game for Uno who appears to be taking his new role with the ACT Corrective Services Canine Unit very seriously.

Uno is a new Passive Alert detection dog charged with intercepting illicit substances before they enter the Alexander Maconochie Centre.

He joins a Border Collie named Rusty who has been with the Canine Unit since it was created in 2007. Shortly the pair of canine sleuths will also be joined by another Labrador named Uzi who will further bolster the Canine Unit’s capacity. 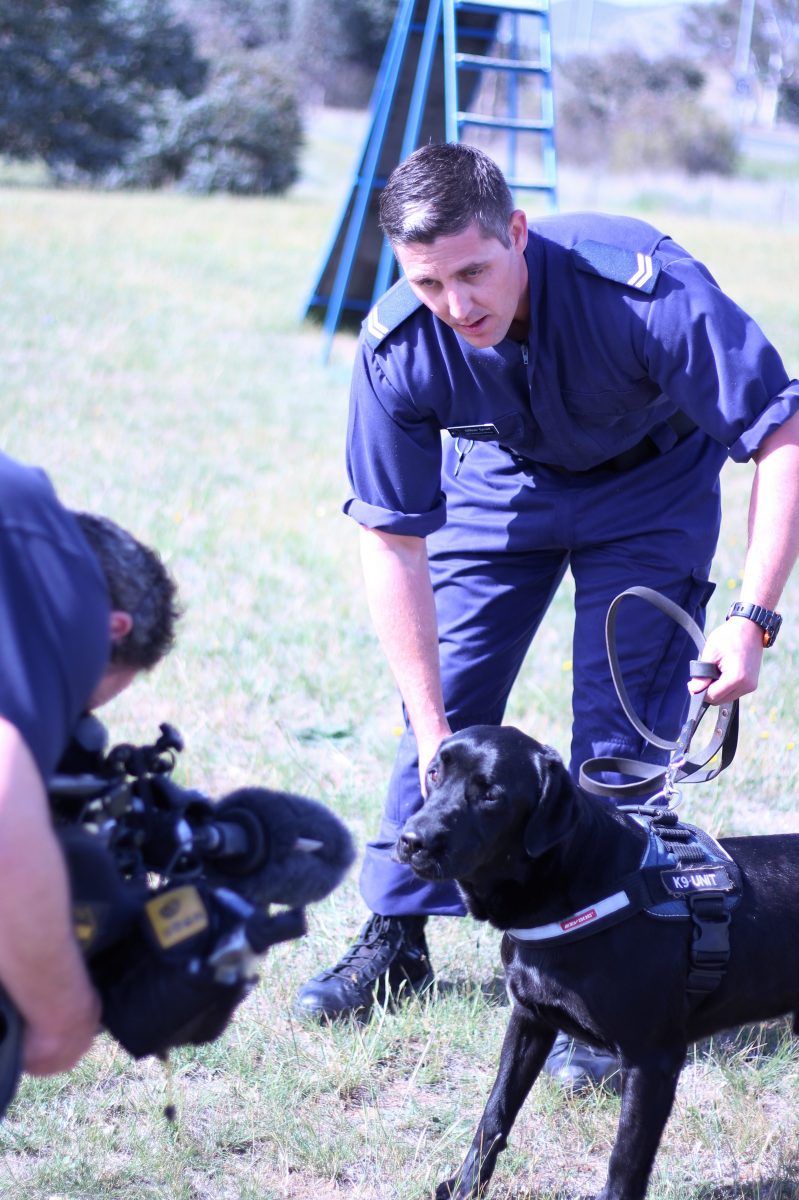 Uno is number one with the media as he goes through his paces outside the Alexander Maconochie Centre. Photo: Pete McPhillips.

“All dogs are selected due to their ability for the role and are home-kenneled by their handlers,” Mr Rattenbury said.

Uno and his handler have recently completed a 13-week handler’s course in Victoria in preparation for their duties at the Alexander Maconochie Centre (AMC). 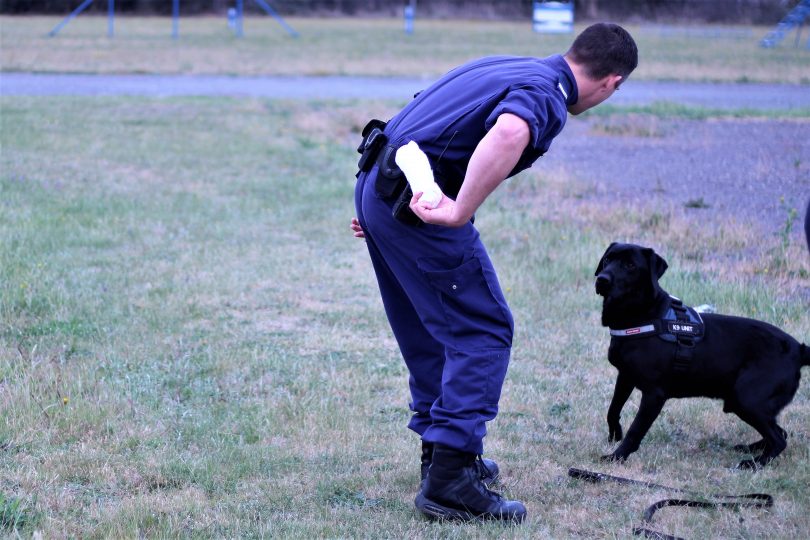 “The Canine Unit is one of many measures ACT Corrective Services uses to assist with search, detecting and prevention of contraband entering the AMC,” Mr Rattenbury said.

“The dogs are trained to sit when they detect the odour of contraband substances. This signal alerts the handler there may be narcotic substances located on a nearby person or in the area.

“The Canine Unit conducts searches in areas of the AMC, including the visitor’s area, accommodation blocks, mail and vehicles.

“The Government is committed to ensuring the operational security of the AMC and the Canine Unit is just one measure ACT Corrective Services uses to achieve this,” Mr Rattenbury said.

“In addition to the Canine Unit, ACT Corrective Services has a range of detection systems in place, including X-Ray machines, body scanners and mobile phone detectors.”