Meet the woman replacing Steve Doszpot in the Legislative Assembly 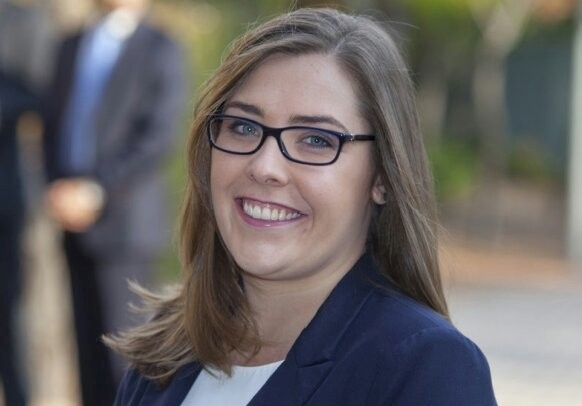 The ACT’s new Liberal MLA for Kurrajong is former Federal public servant, Candice Burch, after an Elections ACT countback today to fill the vacancy created by the passing of Steve Doszpot.

Ms Burch’s election will increase the representation of women in the Legislative Assembly to 14 out of the 25 members, and create a majority of women in the Liberal party room for the first time, where they will outnumber men six to five.

Until last July Ms Burch was an assistant director at the Department of Finance.

Canberra Liberals Leader Alistair Coe welcomed Ms Burch to the team, saying she had been an active member of the community since moving to Canberra to study, volunteering in local events and campaigning for better outcomes.

“She has a Bachelor of Economics and Arts from the Australian National University and has worked on six federal Budget papers at the Department of Finance. Her academic and professional background has fuelled her passion to ensure all Canberrans receive the best possible outcome from government decisions,” he said.

“Passionate about seeing good government return to Canberra, Candice wants to see the government return its focus to things that really matter. I welcome Candice to the Assembly team and look forward to working with her in the years ahead.”

The formal declaration of Ms Burch’s election to the Assembly will occur on Wednesday (December 13, 2017), but she will have to wait until February 13, 2018, to be sworn in and make her maiden speech.

ACT Electoral Commissioner Damien Cantwell said that the computer count to elect Ms Burch only took a few minutes to complete, in contrast to the last time where there was a manual count to fill a casual vacancy in the Assembly – the 2001 recount following the resignation of Mrs Kate Carnell – which took two days to complete.