Merry Fest 3 to rock the Polo! 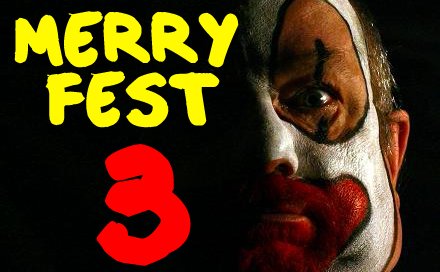 A cerebral lineup will pit folk versus rock as the Ellis Collective and Mr Fibby take it up to Super Best Friends and Waterford. A fifth band is stiill to be announced.

Don’t go missing this one!

Donna Ainge - 6 hours ago
Hi Julie-Anne. Where in O’Connor did you live? Hakea Cres by any chance? View
Dot Willcoxson - 9 hours ago
Suzanne Huntley Doug has posted a comment further down. The neighbour he refers to was Frank Machutta who lived across the ro... View
Doug Willcoxson - 9 hours ago
A neighbour of ours in Pearce was on his way home that night and was behind the cars that were washed away. He was passed the... View
News 13

Zakzook Chico - 6 hours ago
Patrick J Pentony couldn’t agree more View
William Coats - 6 hours ago
So after 20 years this Labor Greens Government is ready to promise action. I guess we will have to wait and see. View
Patrick J Pentony - 7 hours ago
Rheyce Spears we are at the start of the twentieth year of labor greens gov in the ACT. Not sure you can really blame anyone... View
Opinion 3

William Coats - 7 hours ago
what impact will further development in the Sullivans Creek catchment have on future flooding in Oconner and Lyneham. These a... View
News 8

dashing1 - 11 hours ago
Thip's Thai in Belconnen, for me. Humble setting, delicious food always served with a smile. View
Opinion 40

Ash David - 15 hours ago
Poor roads (Monaro Hwy especially), rubbish not collected for weeks, grass over a metre tall on the side of our roads. I have... View
Property 7

Dot Thompson - 15 hours ago
Hannah Tracey, is this for or you and Tom? View
show more show less
*Results are based on activity within last 7 days

@The_RiotACT @The_RiotACT
Our latest #GigGuide is out, featuring everything from post-hardcore to punk to jazz, plus several shows on Aspen Island, home of the Carillon https://t.co/UUcPwnkjyq (6 hours ago)

@The_RiotACT @The_RiotACT
Multicultural Eats: Where to find the best Thai food in Canberra https://t.co/Btz4GZRJeu (7 hours ago)

@The_RiotACT @The_RiotACT
The ACT is expanding vaccine storage facilities at the Canberra Hospital in preparation for the arrival of the Pfizer COVID-19 vaccine https://t.co/sJOTHW08De (9 hours ago)