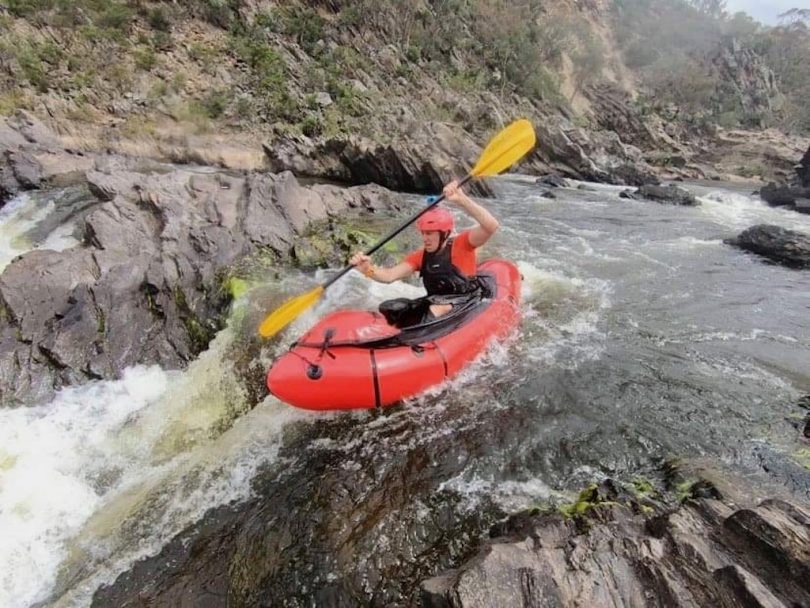 Michael Beard soaking up the adrenalin rush of packrafting at Welcome Reef on Shoalhaven River in 2020. Photo: Andrew Oberg.

Goulburn’s Michael Beard has not yet found his limit as an athlete and adventurer, but he might be close.

As he prepares for the Franklin River’s rugged whitewater experience in Tasmania, he gratefully looks back at the freedom his parents Stephen and Barbara gave him while he was growing up on a farm at Windellama, east of Goulburn.

Roaming the bush, riding his motorbike, learning to read maps and walking down into the Shoalhaven Gorge for days of camping and hiking were the foundations for his action-filled adulthood in the wilderness.

These days, Michael’s successful business allows him to leave others at the helm so he can pursue exhilarating trails, streams and peaks.

More than two decades ago, aged 20, he challenged his mother, Barbara, who is 20 years older than him, to an aquathon in Goulburn. After she won, he walked away with blisters vowing “that’s never going to happen again”.

In early adulthood, Michael peered down from ultralight aircraft and small planes over the peaks and ridges he had traversed in earlier years. He obtained his licence for general aviation aircraft, then owned a few aeroplanes until he became engrossed in his work.

Throughout his early 20s, he teamed up with his uncle, Joe Hedrick, in Papua New Guinea. Joe had ventured into the dark jungles hoping to begin gold mining. Unsuccessful, he switched to timber milling.

“I would go for two or three weeks at a time, live in the jungle, mostly with local villages, and we would select kwila trees and mill them with mobile mills,” says Michael. “It was quite physical; it was a challenge. I remember some of the homemade guns I had seen in villages, and the fights between locals.” 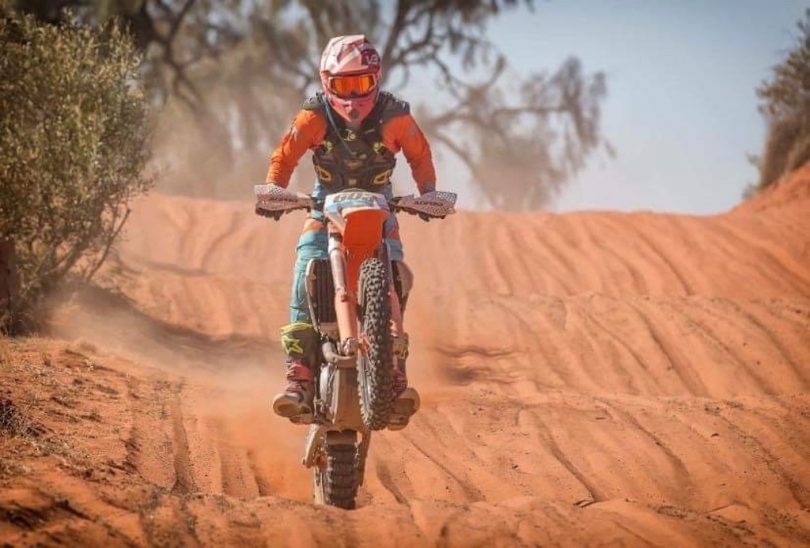 Michael Beard riding in the gruelling Finke Desert Race in Alice Springs in 2017, an event regarded as the toughest of its kind in the world. Photo: Supplied.

The Shoalhaven Gorge continues to draw him deeper into its pioneering past, with ruins of mining and the excitement of tumbling rapids. More recently, Michael jumped on a 790cc adventure motorbike for a 300km trip across the Victorian high country, heading out from Delegate River across to Omeo and then Dargo.

If he is planning an adventure, and not travelling with people with local knowledge, Michael prepares by studying maps and Goggle Earth images, assessing likely river and terrain conditions, and revising weather forecasts and where good drinking water will be found.

“I’ve raced mountain bikes, not professionally but at a national level in masters categories, and often I am tracking my food so I know what I need to eat, how many carbs a day, how much fat, and how much protein a day,” he says. “Generally when I’m packing for a hiking trip I am already calculating that, and I already have an idea how much I need to eat. I try to pack as much real food as possible, within reason, which gives me everything I need.

“I love challenging myself. The only thing I can control in this world is me, to push beyond what I think possible. I love the thought of that.”

The father of three cuts the risk of accidents or injury with technology, such as Garmin devices for mapping and tracking so his wife, Kimberley, can see where he is and can communicate through satellite communication.

While he was on a Victorian trip, a fellow rider broke his leg. Using his technology, Michael messaged Kimberley that he was OK and to alert others. 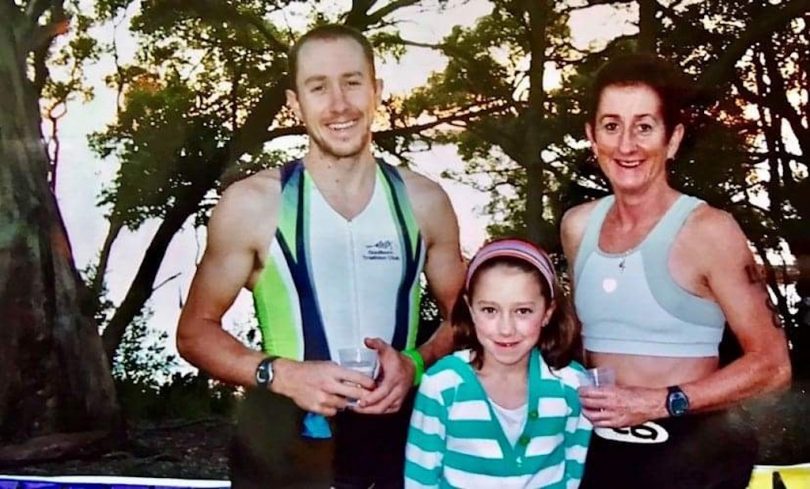 Michael at the Huskisson Triathlon Festival in 2008 with his mother, Barbara, and eldest daughter, Holly. Photo: Supplied.

Michael says twice completing the off-road Finke Desert Race in Alice Springs was his toughest challenge. It is regarded as the world’s toughest two-day desert race.

Now gripped with the adrenalin of whitewater rafting, Michael is about to head off for his Franklin River adventure. He expects to spend seven days on the Tasmanian river which offers only one way in and a torrent of thrills.

“It could be most spectacular,” he says.