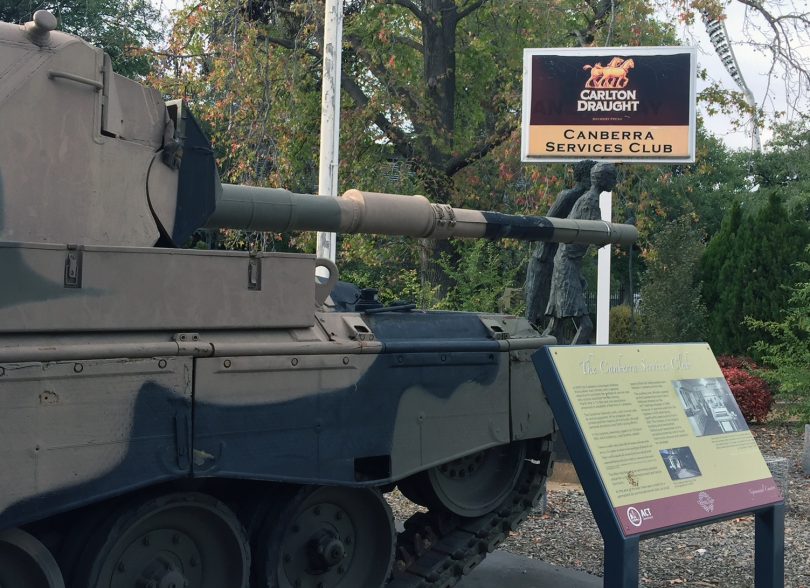 A community group has welcomed a decision to reject a bid by the Canberra Services Club to remove the concessional leases on land in Manuka and Barton that has dealt a blow to its $100 million redevelopment ambitions on the sites.

Planning and Land Management Minister Mick Gentleman says that removing the concessions, which some argued would have delivered a windfall to the club, as well as paving the way for $50 million worth of mixed used development on each site, was not in the public interest.

A spokesperson said that retaining the concessional status of the Canberra Services Club Crown lease supported Manuka Oval as a sporting and entertainment destination.

“As Canberra continues to grow, we want to ensure that community land is used in a way that provides the greatest benefit for Canberrans,” the spokesperson said.

The two sites are on Manuka Circle, where a 2011 fire destroyed the club’s headquarters, and Blackall Street, the site of the former Rugby Union Club it bought in 2015. Critics say they have been grossly undervalued in the applications to change the nature of the leases.

The matters will go to the ACT planning authority but it is obliged to follow the Minister’s direction.

The Kingston Barton Residents Group, which opposed the club’s applications, said it always supported the Canberra Services Club rebuilding on its spiritual home at ‘shell shock corner’ but its proposal was out of step with community and the Government’s expectations.

“Despite concerns by the club that they may not be able to secure a loan we are aware of other organisations with concessional leases securing finance,” president Rebecca Scouller said.

Griffith-Narrabundah Residents’ Association, Friends of Manuka Pool and the Inner South Canberra Community Council also opposed the move, arguing against the loss of community land, citing the valuation issues and pointing to lack of planning guidelines in the precinct.

The Auditor-General intends to inquire into Crown lease variations as part of the 2020-21 audit program.
The club was approached for comment.
Share this article

probably because it would do out Liangis of a property deal there.

I reckon those who decided to do a bit of a ‘stocktake’ on the joint after realising how much of a potential goldmine they were sitting on are feeling a bit silly about now.

The Lady Gowrie Services Club, as it was originally known, was a meeting place for all Service Personnel during & after the war, & to dismiss the significance of it by those who have no appreciation of the history is to ignore the facts.
It had a Heritage Listing before it mysteriously burned down, depriving many elderly folk who took advantage of the wonderful fireplace ( also listed) & roaring log fire on many a freezing Canberra day &. Night!
A new club, suitable for members & families would be a bonus for the whole area, & provide a wonderful memory to all those who were part of Canberra’s History.
So, hands off! those who want to destroy that!

This club aka ‘Shellshock House’ was the home away from home for diggers who served in World War 2, Korea, Vietnam and the Middle East.
The fact that it burnt down suddenly after so many years of providing comfort and support to several generations, doesn’t change the fact that it is a place of great memory and sadness for many in our community.
It also doesn’t suddenly mean that it belongs to anyone else.
It should be rebuilt as a club which provides a place which acknowledges its heritage and provides facilities for is members and their families as it has done since 1941.

I thought he’d become a real planning minister. Until I realised he only blocks community groups. Whereas rich greedy developers get a free run

“As Canberra continues to grow, we want to ensure that community land is used in a way that provides the greatest benefit for Canberrans,” the spokesperson said.

This principle always has, and always will be, consistently applied in all such cases……

Good! Some leadership with grit and not dazzled by the dollar. More please!

Yeah. We can’t redevelop there. I mean a patch of dirt and some old shipping containers is of much greater public interest then actually doing anything. 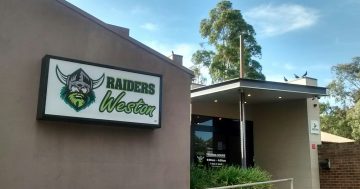 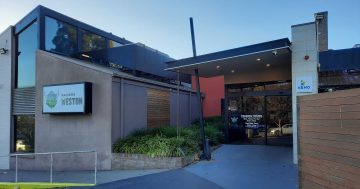