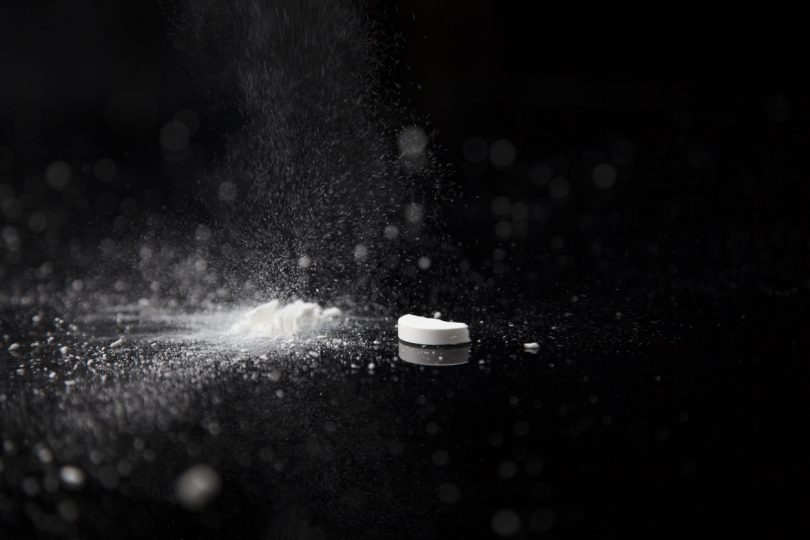 The ACT Government hopes the independent evaluation of this year’s pill testing trial that backed the harm-reduction measure will help other jurisdictions overcome their opposition and save lives at future music festivals.

The evaluation conducted by the ANU found the Groovin the Moo festival trial was implemented as planned, the service was well received by patrons and stakeholders, and it had a positive effect on patron knowledge, attitudes and behaviours.

The trial was only the second government-sanctioned trial of its type in Australia, and was designed and implemented collaboratively by Pill Testing Australia, Cattleyard Promotions, ACT Health and ACT Policing.

The evaluation found no strong arguments against the development of further services that provide pill testing and harm reduction information for people using illicit drugs, and the findings support such initiatives.

The evaluation found that enough lead time was available to develop the trial carefully, with the result that it was implemented as planned and produced the types of results that the key stakeholders expected to see.

The evaluation said the combination of testing and harm reduction interventions produced a number of positive results such as increasing participants’ knowledge, their trust of health providers and other written sources of harm reduction information, and changing their drug use behaviour.

ACT Minister for Health Rachel Stephen-Smith said the ANU evaluation was nation-leading research that demonstrated the benefit of providing a supportive policy environment for pill testing at major music festivals.

“We now have an independent evaluation undertaken by experts from the ANU that clearly shows pill testing is an effective health intervention at the point when someone is making the decision to take a pill,” Ms Stephen-Smith said.

Rachel Stephen-Smith: “We have seen too many avoidable deaths at music festivals.” Photo: File.

The Government was likely to develop in the New Year a safe festivals policy that would include pill testing before the next Groovin the Moo event in April.

Ms Stephen-Smith said copies of the report would be sent to ministers interstate and to the Federal Minister for Health, Greg Hunt, and they would be told that she would be raising the issue at COAG Health Council in 2020.

“We need to continue this conversation at a national level. Across the country, we have seen too many avoidable deaths at music festivals. It is obvious current processes and policies are not working and more needs to be done,” she said.

“I hope all states and territories consider these findings seriously. Any action that can be taken to reduce the harm of illicit drug use at music festivals must be explored.”

Ms Stephen-Smith said the ACT Government did not condone the use of illicit drugs but governments had a responsibility to not only try to prevent drug use but also to support initiatives that reduce the harms associated with drug use.

Key findings of the evaluation include:

Patrons also welcomed being the trial’s non-judgmental approach and appreciated the information being provided.

97%, 95% blah blah. Sounds more like the election results for the Turkmenistan and Syrian presidents. Just as meaningful as claiming canberra leads the nation (on anything).

They should be putting our tax and rates toward putting more pentylone in the pills instead of blowing trumpets pandering to ANU.

An “Independent evaluation”. If you believe that, I’ve got a bridge to sell you…

Normalising, and even encouraging degenerate behaviours like drug use, provides no benefit to anybody but drug cartels and organised crime.

So what benefits have been gained from the never ending war on drugs Grim? Its not like we are getting anywhere with restricting supply, or improving the ‘quality’ (misnomer I know) of recreational drugs…….

If the status quo was such a roaring success, there wouldn’t be a need to look at alternatives…… but some would rather bury there heads in the sand, and pray to the happy clapper god for even more intervention….

So how does it work. You roll up with your pills and they test the them to make sure there’s no rat sack cement or N-ethyl pentylonein in them. You get the OK that there is no foreign substance, just ice, or whatever. And so off you go and have a great time until you drop dead because you have a medical condition of some sort, and of course you are not tested for a reaction to ice or whatever; just the pills are tested. OK your risk.

But what if you accept a pill that has not been tested and fall over. Are then the lawyers to say the pills were not tested properly. And do you get a certificate of some kind from the testers that everything is OK. And are the tested pills to be taken in front of the testers ?

Just a bit concerned this may turn into a lawyers picnic.

Lucy Humphreys - 3 hours ago
Jennifer Manson then I'd say tennis is not for you View
Croissant Henderson - 7 hours ago
Love means nothing to tennis people. View
Jennifer Manson - 9 hours ago
Many people do not find it entertaining at all, but rather boring, so it's good to see some fun. View
Public Sector 2

Aditi Verma - 8 hours ago
This is the lunch place in Dickson with the amazing pasta I was telling you about Akshata Giri 😭 View
Clare Lee Gerhardt - 8 hours ago
What!! I love your coffees! View
News 24

Samuel Gordon-Stewart - 14 hours ago
Hmmm. London Circuit near the library would be a good site for a waste facility. Currently has a couple government buildings... View
News 28