Working together, enriching lives
17 May 2022 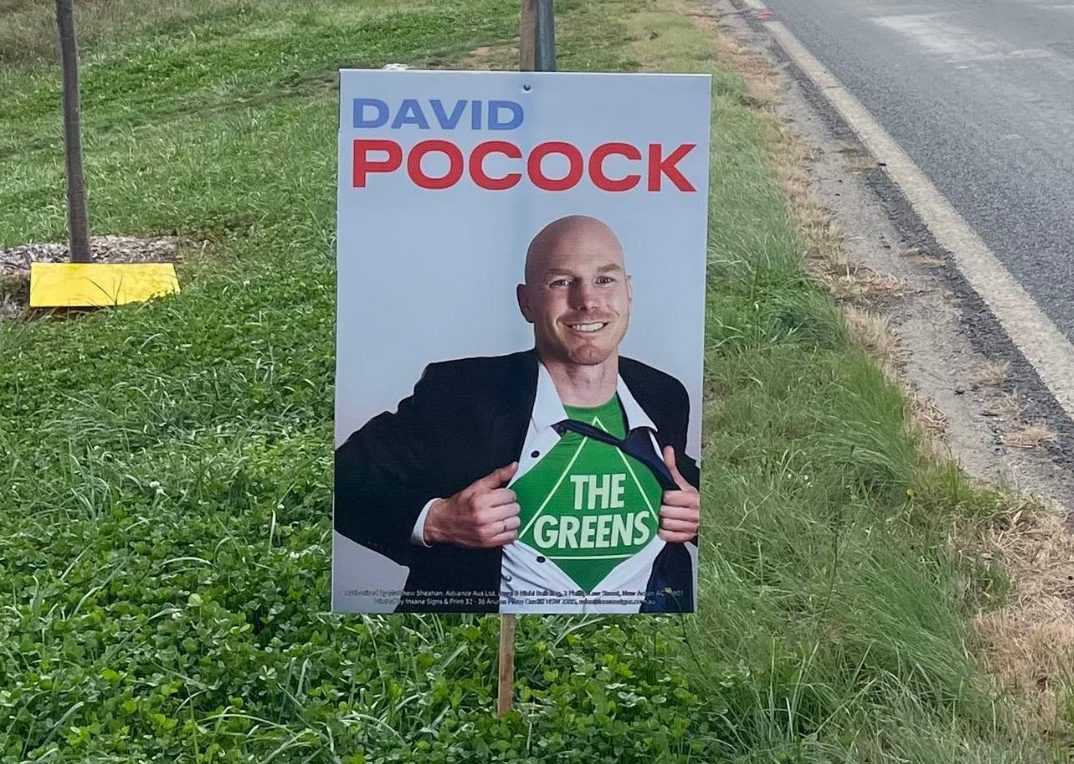 The Advance Australia corflutes, wrongly depicting David Pocock as a Greens candidate, have been found in breach of the Electoral Act. Photo: Twitter.

This means the ‘Superman’ signs have been ruled as “likely to mislead or deceive an elector”.

But the group, to Mr Pocock’s disappointment, has avoided any legal proceedings by agreeing to take the signage down and not display it without providing the Commission with 48 hours’ notice.

The corflutes first sprung up around town late last month, prompting Mr Pocock to label them a “smear campaign”.

The image has now been seen on Advance Australia trucks, including those parked near or at polling centres where around 40,000 Canberrans have already cast their vote ahead of this Saturday’s election (21 May).

Mr Pocock, who is running as an independent and is not endorsed by the Greens, welcomed today’s AEC ruling but was disappointed it took more than three weeks to issue.

“We have received hundreds of emails, calls and messages from people across the ACT outraged and confused by Advance Australia’s false and misleading advertising,” he said in a statement.

He also called for further penalties to be imposed on the group, saying he had written to the AEC to request that Advance Australia be prosecuted for a “flagrant breach” of electoral law.

“This behaviour from Advance Australia is corrosive for our democracy and underscores how critical it is that we have federal truth in political advertising laws, backed up by serious penalties, something I have been calling for over many years,” Mr Pocock said.

“It says a lot about my opponents that they are relying on false and misleading advertising to try to scare people instead of presenting their own ideas for the future of our great city.”

The AEC last month took a softer approach to the signage, saying in a statement the corflutes only suggested Mr Pocock had a link or similarities with the Greens but did not attempt to confuse people into believing that party actually endorses him.

“This would mean it is not captured under s329 of the Electoral Act but rather something for voters to stop and consider. Our Stop and Consider campaign is reminding voters of their role in this regard,” a spokesperson told Region Media at the time.

That tune has now changed.

In its statement issued this morning, the Commission said the signage failed to contain any other image or phrase that corrected the representation they made.

The AEC noted the signage included the official Greens’ logo, even though Mr Pocock is not endorsed by the party, and had used a similar image of the high-profile independent as was contained in his own advertising material.

“It is an offence to publish, permit or authorise to be published during the relevant period (being the period commencing on the issue of the writ for the election and expiring at the latest time on polling day at which an elector in Australia could enter a polling booth for the purpose of casting a vote in the election) any matter or thing that is likely to mislead or deceive an elector in relation to the casting of a vote [says] section 329 of the Electoral Act.”

The AEC, or a candidate, can seek an injunction under section 383 of the Electoral Act in the Federal Court in relation to conduct that breaches section 329.

That was also deemed to be in breach of electoral laws.

What isn’t a smear campaign these days?

Politics is just the other guy is terrible pick me.

But they were done very well

Yeah, these signs were at least “cheeky”, however, is it any more deceptive than “Independent” candidates being funded by billionaires or third parties self-interest groups advertising their contribution to society?

While a bit of research will tell you that many of these Independents are funded by Climate 200, the average mug voter may not be aware of that?

When your campaign on climate is funded by a Climate interest group, it’s fair to assume that in a vote in the parliament or senate, it’s not hard to work out where their vote will go.

I’d like to see a lot more disclosure of financing and potential conflicts, for all candidates and parties.

Strange how that in 2016 when Labor sent thousands of misleading SMS texts about the Coalition’s plans for Medicare, the AEC said “There’s nothing in the Commonwealth Electoral Act that outlaws dishonesty or deceit in campaign advertising”

Hi CR – to just elaborate on your post, that is not actually complete and is misleading itself, the article (you get this from in 2016) then goes on and says: “Labor whipped up a panic over Hewson’s policy to introduce a GST to Australia. The central TV ad was a cash register ringing up the price of one item after another, adding 15 per cent to the price of everything. Ka-ching! “The Labor campaign in ’93 is the template” for an effective scare, says a Liberal campaigner. “It was a whopper,” recalls a Labor veteran. “We were behind in the polls for years until the month before election day.” The scare campaign turned the tide.” So, to put it mildy, THEY ALL DO IT. 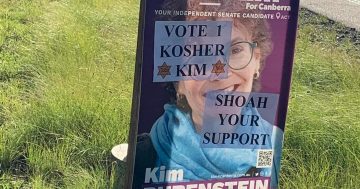