After $5 million-worth of fire-damage repairs, MOAD prepares to say 'thank you' 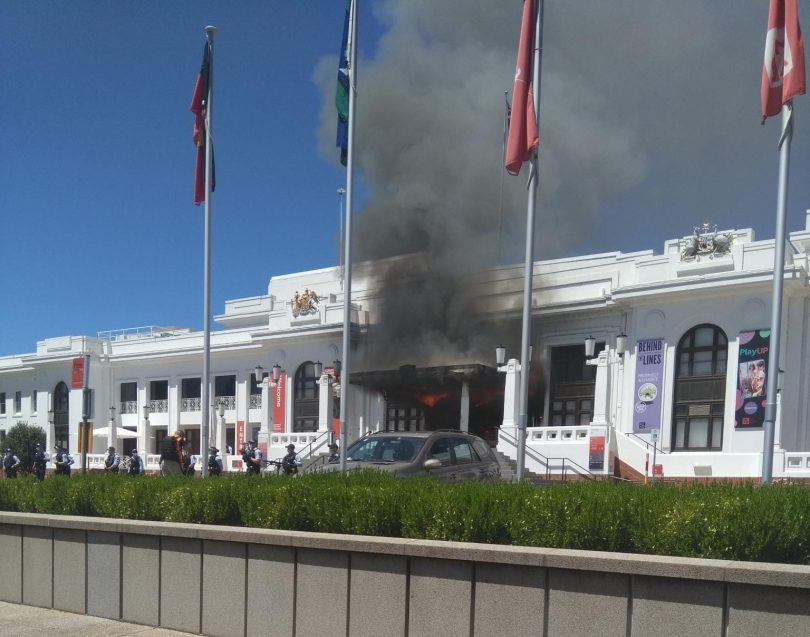 Fire and smoke engulf the front of the Museum of Australian Democracy, Old Parliament House, on 30 December 2021. Photo: Region.

Work to restore the damage done by protesters at the Museum of Australian Democracy (MOAD) at Old Parliament House last year has come in at $5 million, $2.5 million less than the initial estimate.

The total cost includes $1.5 million for the front entrance area, including the facade and portico, and $200,000 to restore the original doors.

Police reported at the time the fire was likely a result of a smoking ceremony at the front of the building during a protest which got out of hand. At the time, there were fears the original 1927 front doors were unsalvageable.

The popular museum and tourist attraction was then closed for four months. It reopened in April this year before work on the front doors was completed.

The museum’s Acting Director, Andrew Harper, said MOAD worked hard with the insurers, Comcover, to manage the costs as much as possible without compromising heritage outcomes.

He said the doors, which suffered significant damage in the fires, were one of the last parts of the work to be completed.

“First they were removed, then they were taken to Sydney and worked on by International Conservation Services who went through the painstaking process of stabilising the core and removing the charred surface as the top layer was largely destroyed.”

He said the doors were made of four layers of the Australian native wood jarrah, adding that this helped in the restoration process because restorers could retain about 65% of the original timber. 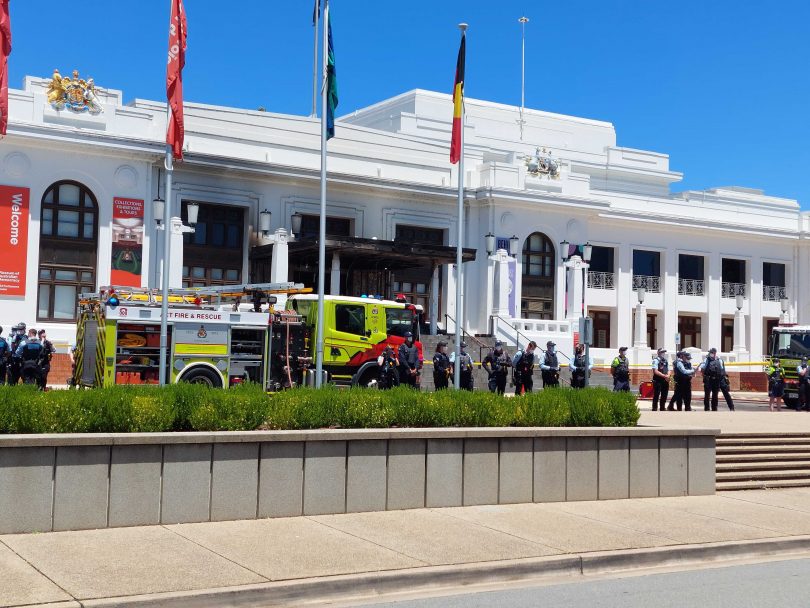 Police and emergency crews cordon off the front of Old Parliament House after the fire. Photo: Region.

“This allowed them to work with the other laminated layers – the top layer was destroyed – but they did a long process of removing it carefully so as not to damage it any further and replace it with some used jarrah – which took a bit of hunting down.”

MOAD “lost” four months of the year after the fires, Mr Harper said, so staff were delighted to welcome visitors back to the building in April and for exhibitions to be rescheduled.

To say thank you, he said, MOAD invites everyone to visit on Sunday, 27 November, to celebrate the completion of most remediation works.

“The messages we received from members of the public after the fire made it very clear just how much this building means to people,” Mr Harper said.

“MOAD Says Thank You is an effort to show how grateful we are that our visitors stuck by us while we repaired the damage and how thrilled we are to see them return to the museum.

“It was great to receive those messages because it kind of reinforced what we already knew – that there is a lot of support and affection for the building and the museum itself.

“It’s great because not only are people still connecting with this place. But it was also great for staff too. It has been a very difficult time for our staff with all the extra work.” 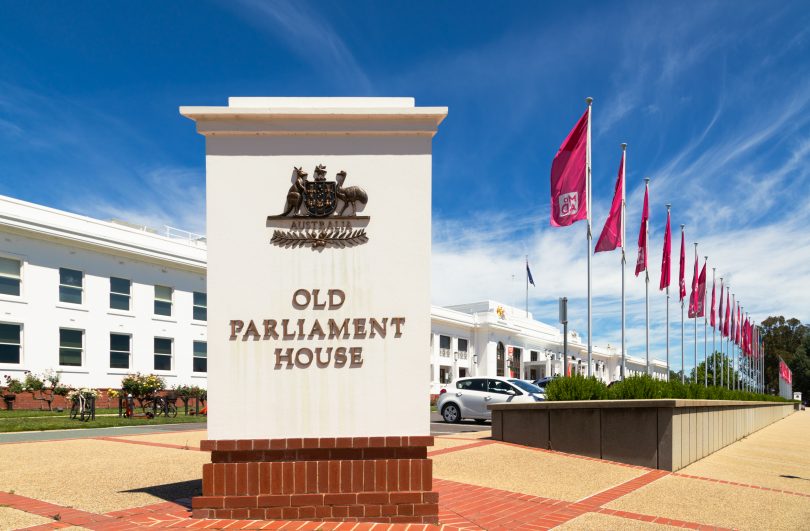 It has taken more than four months, but Old Parliament House, the Museum of Australian Democracy, has been restored to her former glory. Photo: MOAD.

The doors were the penultimate part of the remediation process. Some work remains in the House of Representatives chamber, which has soot damage. Mr Harper said as plans to upgrade that area were already on the drawing board, and because the damage was not severe, it would be held over to next year.

As part of the “thank you” celebrations, MOAD will open its doors to old friends and new visitors with a range of activities, including a scavenger hunt to search for some of the historic objects cleaned and restored after the fire. To see what’s involved in restoring a heritage building, it will also screen a short film about such work – and the first 100 visitors will receive a free coffee and cupcake.

Mr Harper said the event was a small way that MOAD could express how much it valued its visitors.

“It’s an effort to show how grateful we are that our visitors stuck by us while we repaired the fire damage and how thrilled we are to see them return to the museum.”

MOAD Says Thank You runs from 9 am to 5 pm on Sunday, 27 November. Everyone welcome.

Alas we’re bound to be getting another round of these nutters coming to Canberra this summer too. Likely it’s an annual feature now.

Are they planning a smoking ceremony?

I hope so otherwise it’s racist and some public servants will feel bad.

Who paid the $5m? The protesters should be paying for the damages 🙄

And the person/s who did the damage walk away scott free.