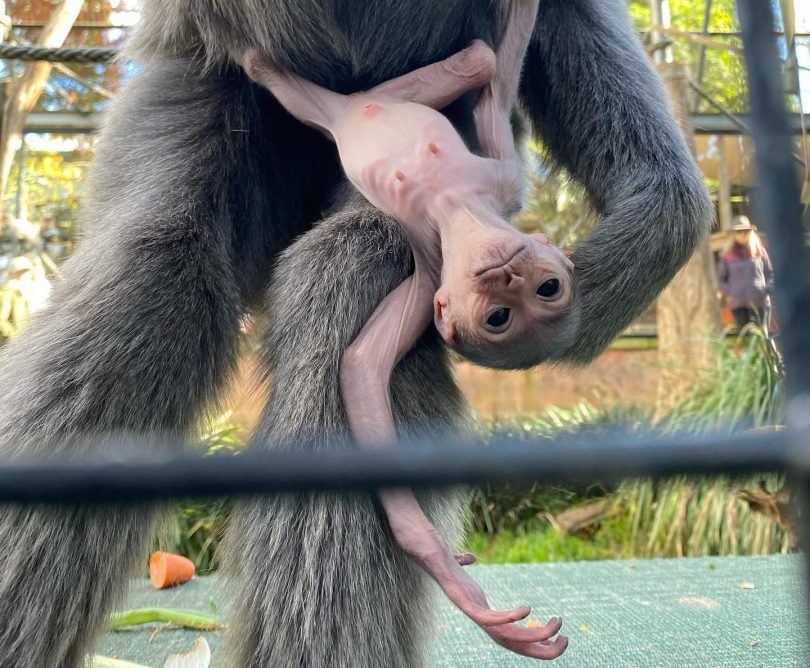 Visitors to Mogo Wildlife Park were in for a treat last weekend as the zoo’s female silvery gibbon, Layar, showed off her newborn baby.

The zoo’s newest addition, Telo (pronounced T-ee-lo), was born without any complications on Friday, 28 May.

The fact that mum and bub were out and about in their enclosure on Saturday showed how well they had bonded, says Mogo zookeeper Chad Staples. 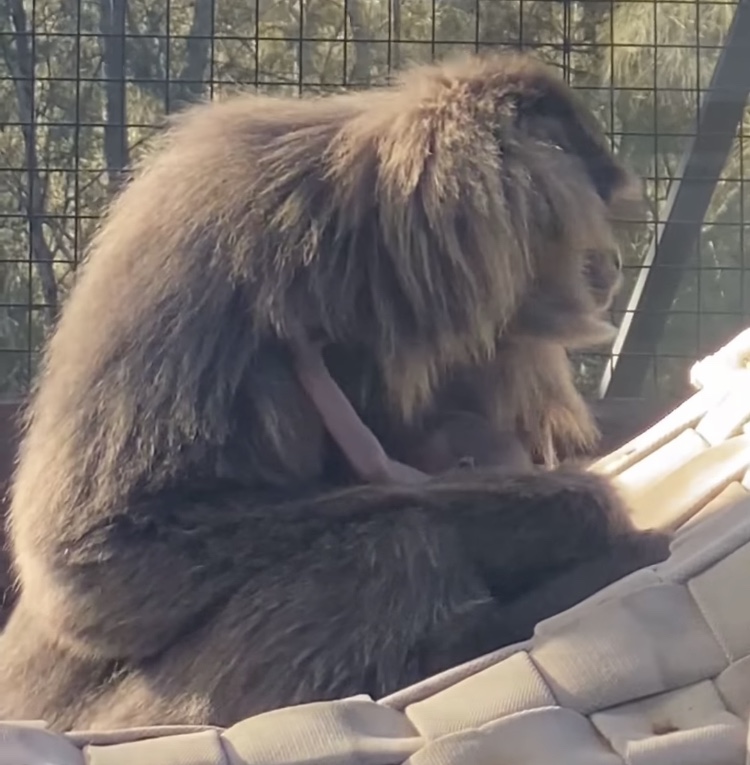 Layar and Telo cuddling on their second day together. Photo: Chad Staples.

“She’s got full access to a bedroom and can sit in there under a heater, but she’s choosing to sit out in the sun.”

This is Layar and Arjuna’s fifth child and Telo’s older sisters, Jawa, 6, and Kambali, 3, who share the same enclosure, were curious to meet her.

“It’s really important for the eldest, in particular, who could be the next breeder, to see mum do all this,” says Chad.

Silvery gibbons are the most endangered species at Mogo Wildlife Park and there’s only one other institution in Australia that breeds them.

Chad and his team are hoping to pair Layar’s eldest daughter with an imported male soon.

“Once you have a bonded pair, they’ll continue to breed,” he says. “One of the biggest issues is making sure you have forever homes for their offspring and pairs for them so they can continue to succeed.”

Telo, which means ‘mountain’ in Java, in Indonesia, will stay with her mum until she’s seven years of age.

Seeing Layar cuddle and stare at her newborn last weekend was a reminder to visitors of how alike we are as humans. 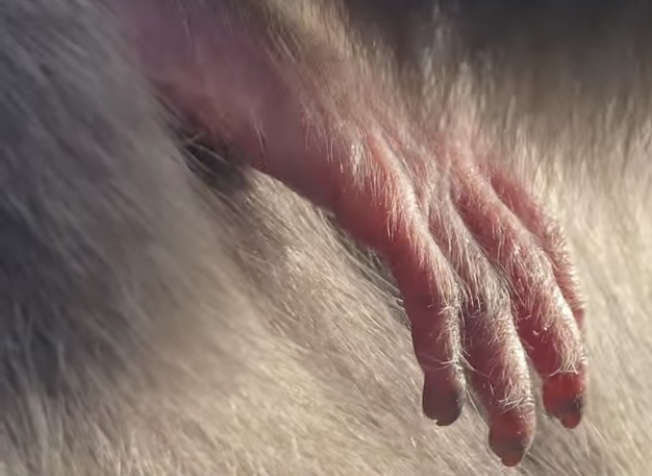 Telo’s long arms and fingers are made for climbing and swinging between trees. Photo: Chad Staples.

“Primates are close to us in so many ways and have emotions well beyond so many other species,” says Chad. “You can see the bond between mum and bub instantly and everyone who watches them starts to get clucky.”

While Telo currently looks very pink because her hair is still thin and light, Chad says it will thicken and darken very quickly.

Visitors may also notice how long Telo’s arms are in comparison to her body. Chad says they are designed for climbing and swinging between trees.

“Gibbons are so strong and designed to live in treetops in rainforests,” he says. “They’re adapted to swing in trees and that happens from birth.

“Telo is already using hers to hold onto mum as she moves around the enclosure, but they look long and gangly on a newborn,” says Chad.

Telo will cling to mum for the next six months – just like a human baby – so visitors can enjoy all the cuteness during the June long weekend and school holidays.