Experts in buying, selling & renting
Your property, your future
31 March 2022 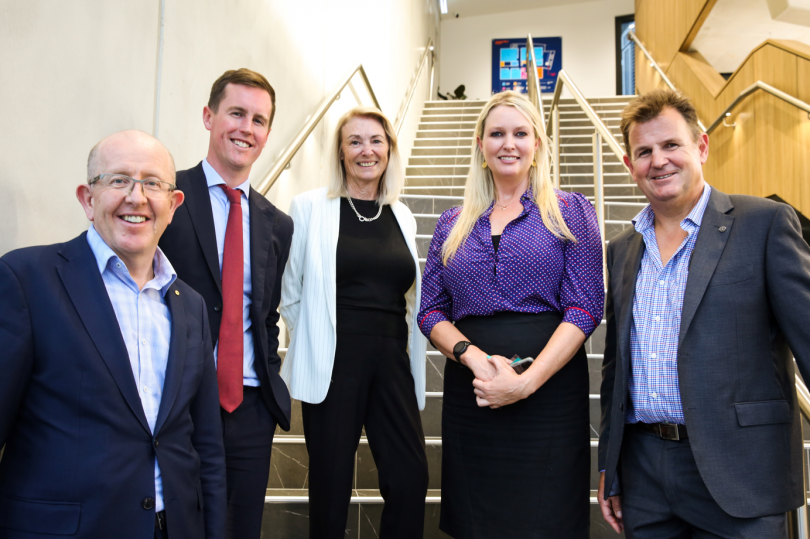 The Molonglo Valley finally has a dedicated community centre with the opening of the growing district’s first purpose-built facility for community organisations in Denman Prospect.

Managed and occupied by Communities at Work, the facility also includes the Denman Village Early Learning Centre, which started operating earlier this year.

Communities at Work CEO, Lee Maiden said the official opening represented the culmination of many years of work.

“Communities at Work has a long history of developing new and emerging communities in the ACT,” she said.

“The Denman Village Community Centre will play an important role in providing a place for people to connect and to build a strong, resilient and thriving community.”

The Centre, designed by AMC Architecture and built by Canberra firm Nikias Diamond, was included as part of the Denman Prospect development.

Denman Prospect developer Capital Estate Development, which partnered with the ACT Government to deliver the Centre, said it will leave a legacy for residents and the broader Molonglo Valley.

Managing director Stephen Byron said there was a gap for community facilities in the area, which showed the need to build a space for residents and community organisations to gather.

“Community is at the centre of everything we do here at Denman Prospect,” Mr Byron said.

“With the addition of the Community Centre, the Denman Village precinct is more than a place to dine, shop and exercise. It’s now also a place for people with common interests to come together to collaborate, create and learn.” 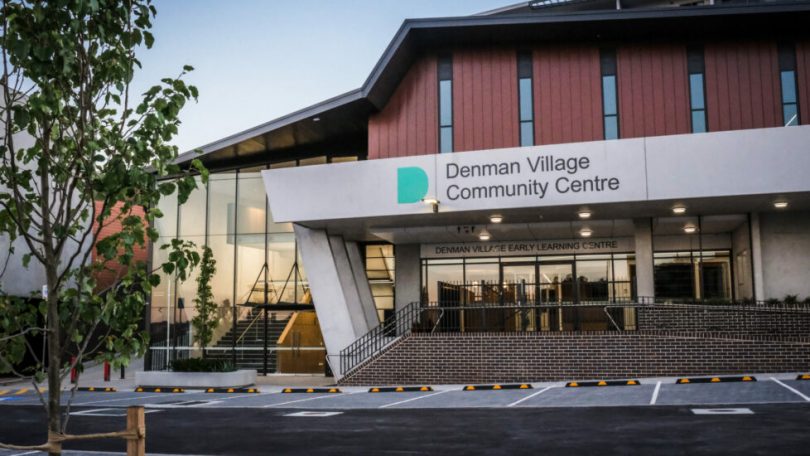 Mr Byron said the building was a stunning piece of architecture and delivered great spaces inside.

The Community Centre foyer includes a glazed gallery offering the opportunity for public exhibitions and displays.

Denman Prospect is now home to 2000 residents but will eventually contain 8000.

Mr Steel said the Molonglo Valley housed a growing community, with more than 50,000 people expected to live in the area in the coming years.

But its early suburbs Coombs and Wright have been plagued by a lack of services including shops and community facilities.

“As the Molonglo Valley grows it’s vital there are places like the Denman Village Community Centre where people can connect within their community. The Early Learning Centre located within this facility will also provide local families with quality learning opportunities,” Mr Steel said.

Work started on the community centre in October 2020 and the nearly $4 million two-storey building provides 956.7 square metres of space for the Early Learning Centre, and 1178.6 sqm for the Community Centre.

It is expected that the Community Centre will be able to stay open into the night to host various activities.

The Community Centre foyer includes a glazed gallery offering the opportunity for public exhibitions and displays.