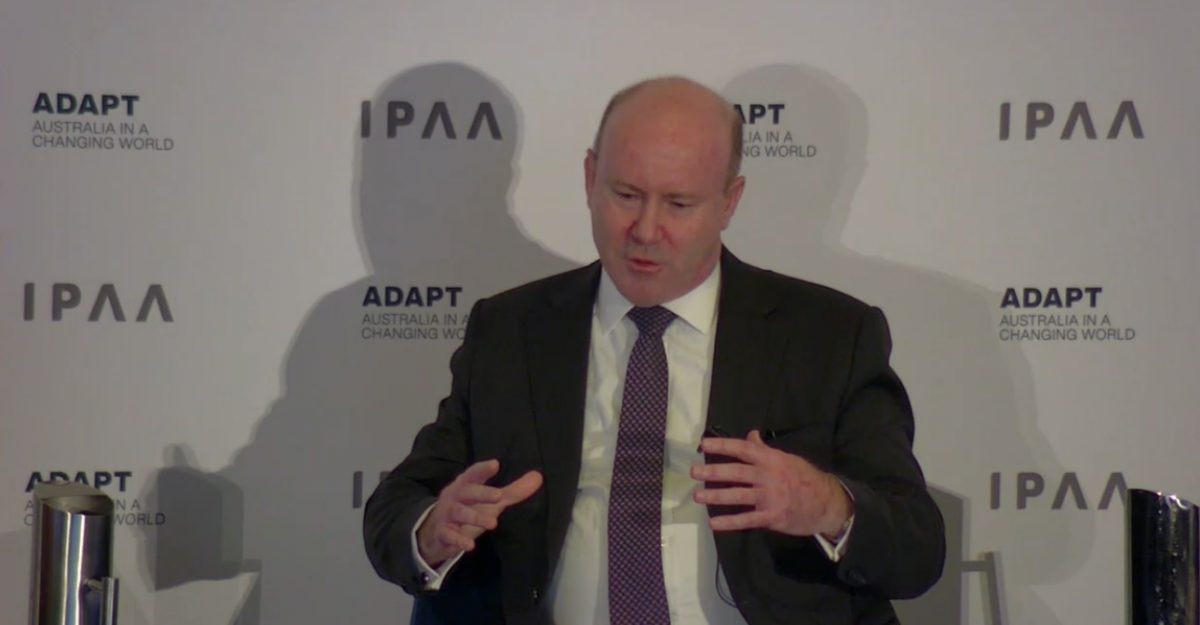 Secrecy remains alive and well in Federal Government ranks, despite all the talk of increased transparency in the Australian Public Service.

While Prime Minister Anthony Albanese was publicly condemning his predecessor Scott Morrison last year for secretly appointing himself minister of extra portfolios, he said nothing about the fact he had renewed a high-profile departmental secretary’s term in office.

Greg Moriarty will remain secretary of the Department of Defence for another five years, after his term was renewed when it expired last year.

The reappointment took place with little (read no) fanfare at all.

The Government did not announce his reappointment when the original five-year term expired in August. Nor has it made any public statement about it since.

The appointment was not gazetted, despite that being the usual convention.

Only now, following media enquiries, has the department’s website been updated to note that Mr Moriarty was reappointed for another five years from last September.

Region understands that some departmental staff, as well as military leaders, were informed of the reappointment at the time.

But the public silence surrounding Mr Moriarty’s new term flies in the face of Public Service Minister Katy Gallagher’s commitment to greater transparency in and from the APS.

“I would hope that in a few years when we look back, an increase to transparency and integrity is clear, that the sharing of information is habitual and deeply embedded as part of our culture,” Senator Gallagher said at the IPAA conference in October, only weeks after Mr Moriarty was secretly reappointed.

The Defence secretary attended and spoke at the same conference without a word being mentioned that, just the month previous, he had begun a new five-year stint.

The Department of Prime Minister and Cabinet is putting the silence down to an oversight.

But it is a bad look for Labor after it doggedly pursued the former Liberal prime minister for secretly appointing himself to a number of ministries between March 2020 and May 2021.

An inquiry headed by former High Court judge Virginia Bell found, among other things, that PM&C officials did not inform other departments that Mr Morrison had given himself ministerial powers over them.

It seems it’s business as usual even with a new government.

When Mr Albanese announced an inquiry into his predecessor’s secret appointments, he was at the same time being silent about the reappointment of Mr Moriarty.

“It’s not up to public servants to release information. It was up to the decision-makers who were elected representatives,” the Prime Minister said at the time, while keeping silent about the decision to reappoint Mr Moriarty.

Just to be clear, Morrison was not secretly extending leaders tenure that the opposition had appointed. This is a ridiculous comparison. Good on Paul for calling poor journalism on this article.

Not even a storm in a teacup.

An existing agency head appointed by the previous government has his contract renewed and someone forgets to do all the paperwork. Big whoop.

If there’s a story here it’s the exact opposite of a jobs for the boys article given that Moriarty used to be Chief of Staff to a certain LNP Prime Minister. The real story is that the new Government didn’t feel the need for either reprisals or to make a jobs for the boys appointment. They could have used it cynically as an opportunity to underscore their commitment to impartiality in the APS, but didn’t.

Comparing this to Morrison and his secret Ministries is, frankly, both risible and lazy.

Storm in a tea cup