Mully for April 2013: The winner is… PARKING VIGILANTES! 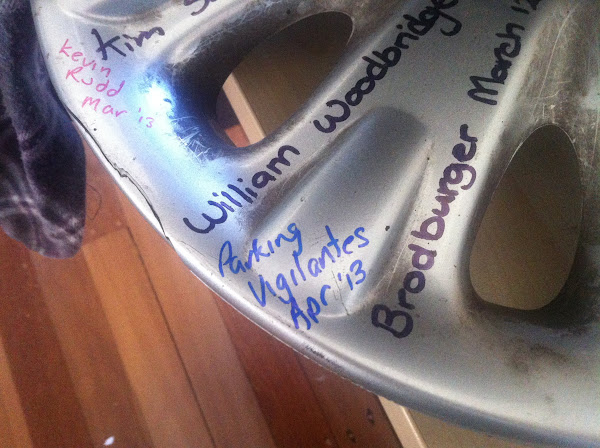 We have a winner! It was a rather interesting month, but we had to go with Canberra’s sticker wielding parking vigilantes!

A topic so fantastic we actually got got multiple stories out of it.

It all began many mondays ago on April the first as a part of our parking photos.

The debate spilled over into another story where accusations were made!

FIngers were pointed and questions were asked! Are you allowed to park there? Is it ok to stick stickers to cars? is that my car?

Eventually the Office of Regulatory Services were forced to step in and clear things up for us.

You may not be the heroes Canberra deserves… and certainly Canberra doesn’t want you… also needs is up for debate… but you are the heroes that entertained us here at the RiotACT the most in April.

So we take our hats off to you. 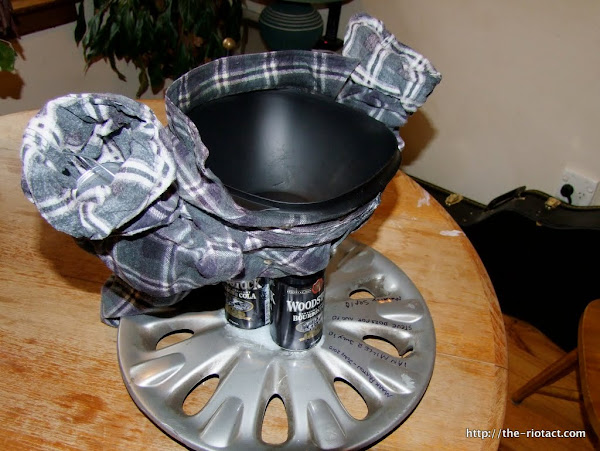 7 Responses to Mully for April 2013: The winner is… PARKING VIGILANTES!
Filter
Showing only Website comments

Crazy Chester? 😮 I’ve not heard that tale, it sounds intriguing, please do elaborate.

Just gently, JB, just ever so gently, after the (quite extraordinary and completely unnecessary) flogging he got on the “hole in a fence” thread.

Are you sure it’s for May? Or are you just anticipating a wee bit.

Indeed. The Flogomatic 3000 is being warmed up.

It has struck me that the flannelette shirt is no longer so redolent of Scott Oppelaar et al but is now, according to recent conversations on Riotact, hipster gear. Which actually works in the award’s favour I would think …

Leah Dwyer - 4 minutes ago
Yeah, braddon oval as a dusty car park. Those were the days.... View
Ian Hubbard - 18 minutes ago
Change is not scary but managing a community activities centre that brings the Nth Ainslie community together requires active... View
Ian Hubbard - 40 minutes ago
Chris Ellis Get the facts. If you look at the electoral commission numbers and result more likely to have voted Green or Labo... View
News 16

Rauny Worm - 55 minutes ago
There will sadly be a negative flow-on effect for the entire creative sector , and not just in Canberra. View
Community 13

Ben Roberts - 2 hours ago
What dates next year for Northside? View
Emma Not-Bad - 10 hours ago
Steph Rans oh my GOSHSHSHSHSHSHSHSHS I WANT TO View
Ellen Thomas - 11 hours ago
How good! View
Opinion 14

Nathan Stack - 9 hours ago
Harry Vallianos no its realy not, its pretty well on the money View
Neville Betts - 11 hours ago
Lee McDowall I agree, the liberal National federal government ignore pensioners & self funded retirees. The kick those at the... View
Farg Gough - 11 hours ago
Not a great deal of evidence in your response Brian Windsor. Care to elaborate? Cite a source?... View
News 51

Susi Hewatt Bauer - 10 hours ago
Geri Zeiler perfect for you guys 🐎 View
Daymien Clydesdale - 12 hours ago
Daniel Lewis its an omen....see the name of the property. View
News 1

Toni Isaacson - 11 hours ago
It is not only about what is allowed. It will greatly depend on people's confidence in going to larger events, especially bef... View
Lifestyle 1

William Coats - 15 hours ago
I hope lots of businesses get involved. I hope it is really easy for them to take part. I assume all the small business knowl... View
Opinion 26

William Coats - 15 hours ago
Lee McDowall and he personally probably wont face the people again. It is good of the union not to strike until the week afte... View
William Coats - 15 hours ago
Nathan, The ACT is run as a union town, unless we complain nothing will be done. "fix my street" is the perfect example, why... View
show more show less
*Results are based on activity within last 7 days

Senator Zed Seselja has brushed off a challenge for the Liberals' No 1 spot on the Senate ballot for the...
News 48

A few weeks ago, I drove my car across Commonwealth Avenue Bridge for the first time in months. Since the...
News 28

YWCA Canberra has lodged a development application for its contentious single-storey, 10-unit supportive housing project in Ainslie that has faced...
Opinion 26

@The_RiotACT @The_RiotACT
As sport returns after the COVID-19 tumult, let's make it better. Let's start by getting rid of the abuse of officials, players and other fans https://t.co/cZ0VfbMcP7 (1 hour ago)

@The_RiotACT @The_RiotACT
'With One Voice' is starting its second Canberra choir and they're inviting everyone to have a go at a workshop Wednesday night in Gungahlin https://t.co/AA21xBsz1w (10 hours ago)

@The_RiotACT @The_RiotACT
Proud parents of adopted RSPCA animals share how their COVID-lives have been enhanced with their new forever friends https://t.co/gpmCbdgwat (11 hours ago)