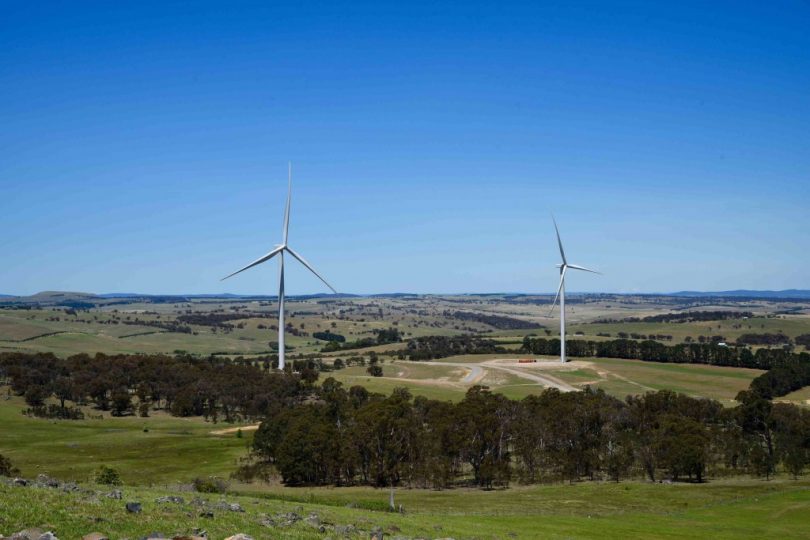 The NSW Land and Environment Court has given the green light to a controversial multi-million dollar wind farm in the NSW Southern Tablelands.

Crookwell Development Pty Ltd, owned by Global Power Generation (GPG) Australia, will be allowed to construct 16 wind farms near the regional town of Crookwell after the court upheld its appeal on Wednesday, 14 October.

The legal proceedings began after Crookwell 3 Wind Farm was rejected by the NSW Department of Planning, Industry and Environment in October 2019.

The $120 million project was considered and refused by the Independent Planning Commission amid community opposition. Concerns surrounded the visual impact on multiple dwellings and the impact on the landscape.

“The community expressed concern that wind farm projects will transform the landscape from an attractive rural landscape towards an industrial landscape dominated by wind turbines,” said the Independent Planning Commission.

However, in court in August, GPG and the NSW Department of Planning, Industry and Environment agreed to a scaled-down version of the development, and new plans were drawn up.

However, the parties agreed that no turbines should be constructed in the Southern Cluster. It was also agreed that one of the 17 turbines in the Eastern Cluster shouldn’t be approved, leaving 16 to be approved.

The project is considered state significant because it has a capital investment value of more than $30 million.

chewy14 - 20 minutes ago
Ricketyclik, That is a grossly simplistic viewing of what happened and anyone calling this close to "attempted murder" is bli... View
ricketyclik - 1 hour ago
You must be watching a different video than the one I'm seeing gooterz. In the one I'm looking at, the cyclists indicate righ... View
gooterz - 2 hours ago
So the cyclist who was in the cycle lane. Swept across to the right hand side, then decided to take up the middle lane. The c... View
News 14

bj_ACT - 1 hour ago
It’s a fair point Heavs. The issue is that sites and land zoned for an activity such as sports facility are being switched... View
kenbehrens - 1 hour ago
The proposed Tuggeranong facility is for twin Olympic size rinks and capacity for 2,000 spectators, which I'd guess would be... View
Heavs - 3 hours ago
Because it's a privately run facility. Same as the Pitch and Putt was. Same as the basketball stadium was.... View
News 1

Finagen_Freeman - 1 hour ago
ANU cop out? What’s a fire or virus got to do with publishing how they determine fat cat salaries?... View
News 36

Andrew Shaun - 8 hours ago
And just like that, the builders in Canberra put up their prices again. View
thehutch - 8 hours ago
Yes, we should remove all regulation because it costs money. That should be the key factor when making decisions in an indust... View
Debbie Maz - 10 hours ago
Perhaps a review of the contract for sale T&Cs and the ‘cookie cutter’ conveyance practices next. View
Opinion 6

The days of nine to five, five days a week at the office are over for ACT Government public servants...
Food & Wine 14

It's official! Kokomo's in Civic will reopen as Wilma for the first time tonight (3 December). Described as a "progressive...

ACT Policing's plans to not attend certain property crime incidents such as break-ins, but expect victims to post a report...
News 25

@the_riotact @The_RiotACT
It's the story of the #summer so far - a few days of sun and then a #bucketing. And so it is for the next three days, according to the @BOM_ACT https://t.co/LeuRBSLIjr (34 minutes ago)