Experts in buying, selling & renting
Your property, your future
16 May 2018 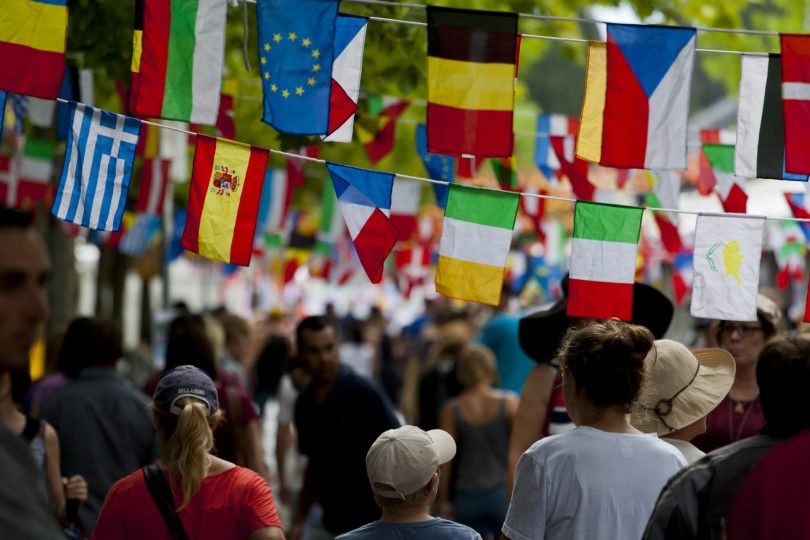 License to disrupt: Will more liquor permits at the Multicultural festival lead to more drunken behaviour?

Community groups shut out of liquor permits at this year’s Multicultural Festival in Civic are being told to partner with the bigger clubs to sell alcohol on their behalf despite public safety and concerns about drunkenness being cited as reasons for limiting the number of alcohol outlets.
The number of liquor permits has been slashed from 62 to 21 amid claims the decision favoured the bigger clubs.

Stallholders were advised last September as part of the festival’s Participation Policy that community applications would no longer be given liquor permits.

It was reported this week that police recommended the change in a review of last year’s festival, despite taking just three people into custody for intoxication out of a crowd of 280,000.
Multicultural Affairs Minister Rachel Stephen-Smith told the ABC that the ACT Government placed great importance on the festival being a safe environment for all, including families and children, but also encouraged those denied permits to partner with licensed stallholders, such as those larger clubs, to sell alcohol on their behalf.
Longtime festival volunteer Leo Dobes said this proposal to partner with the big clubs was contradictory and defeated the purpose of reducing this claimed drunkenness.
He said there was no evidence linking the sale of alcohol by the smaller cultural associations to drunkenness and the decision simply handed a monopoly to the bigger clubs.
“It’s outrageous giving monopoly to a set of large clubs when the excuse for not allowing smaller associations to sell alcohol is that there is a danger of people getting drunk, well people will get drunk whether they buy it from a club or somewhere else or bring it with them,” he said.
Mr Dobes said the smaller groups were being denied income and there were concerns that the bigger clubs were being given priority because they contributed more money to the festival.
“So now it is becoming a commercial venture rather than the way it used to be, which was a nice community-based event,” he said.
Few groups would complain publicly due to fear of being denied places at future festivals.
Mr Dobes called for more transparency in the festival decision making, particularly in the allocation of stall sites.
Questions put to the Minister were referred to festival organisers in the Community Services Directorate, which said stakeholders including ACT Policing provided extensive feedback on a number of aspects regarding the festival including the number of liquor stalls.

“We recognised that community organisations may be affected by changes to liquor licenses. The festival team received feedback from around half a dozen groups that were concerned and has worked with them to identify alternatives, such as partnering with liquor permit holders who can sell alcohol on their behalf or focusing on the sale of food and other products,” a Directorate statement said.

The Directorate did not explain how this would reduce drunkenness or contribute to public safety, or whether this flagged a tougher approach to the sale of alcohol at public events.

The spokesperson said the Government and festival team took on board feedback from stallholders and festival goers each year and the situation would be reviewed for the 2019 festival.

ACT Policing said in a statement that it, along with all stakeholders involved in the Multicultural Festival, provided feedback and advice in an effort to maintain community safety and provide a safe, fun and family-friendly atmosphere.

“ACT Policing participated in general discussions with other stakeholders in regards to liquor permits and supports these being issued to organisations and groups that have staff appropriately trained in the responsible service of alcohol and the appropriate liquor licensing for handling the sale of alcohol in public, in line with the current legislation,” it said.

After last year’s event, police issued a media release saying they were pleased with the behaviour of festival goers.

It said that police responded to four reports of theft, three assaults, and took three people into protective custody for intoxication.
Do you think community groups should be able to sell alcohol along with food? Does the Government need to further restrict alcohol at this or other public events? Is it favouring the bigger clubs and treating the festival as a commercial venture? Will it make a difference to how you may enjoy this year’s festival? Share your thoughts by commenting below.
Share this article

This decision has nothing to do with controlling drunkenness. It has been purely driven by the ‘big’ clubs pushing out the smaller community groups for their own gain.

I don’t even think I want to go anymore. It makes me wonder how much the special 21 had to lobby the MCF to ensure that they got permits and no-one else did…
The whole thing is just becoming a commercial cash grab. Only 3 arrests doesn’t justify culling permits so heavily, some community groups probably won’t even register or turn up because of it.

This is an unbelievable overreach..

The Multicultural festival is my favourite weekend in Canberra of the year and this is counter to everything I love about it. Democratic, friendly, relaxed and celebrating DIVERSITY not HOMOGENY.

In todays world, an event bringing together all cultures with the ability to sell alcohol and drink on the streets leading to 3 arrests in 280000 is not a ‘problem’, it’s a bloody miracle!!!

The cultures that ban alcohol will be pleased though.


Now this change makes more sense. This isn’t about big clubs over small, its about business over community groups. The festival has been attracting more full time event caterers/food truck style stalls in recent times too which bring nothing cultural just commercial. Chip on a stick anyone?

Does this mean no sangria with my chorizo in a roll?

That only happened in Spain once in history; immediately before the Catholic kings too control of the place.

The plot thickens… nothing sits right. Who are the beneficiaries? Why is MCF paperwork wide open to rorting and so contradictory?

1. The “stallholders” list on MCF website doesn’t list any big clubs (as at 28/1). But a Labor club is beside Stage 7.
2. The sliding scale of commercial liquor permits starts at $118.oo risking a club low-balling the permit price at the time of registration, and then making a motza at the MCF.
3. Stall fees, lower for community groups, opens another loophole for clubs to “use” community stalls to sell booze, but dodge the $9K commercial liquor fee.
4. MCF sponsorship categories have escalating “rewards”. $5K for Bronze, $20K for Silver, buying stall spaces and advertising plugs, so sponsors can dodge full fees and get (essentally) free advertising.
5. Stallholder T and Cs simply ban community groups from liquor permits, contradicting the Participation Policy.

It’s almost like a weird decision was made, but nobody in gub’mint even tried to polish the documents retrospectively to give the appearance of non-shonk.

I’m gonna love FOI’ing the hell out of this when it’s over.

The authorities in this city are absolutely pathetic and so out of touch!! Robbing us blind of adventure and replacing it with an authoritarian regime!!!! It’s absolutely appalling and insulting on so many levels. THIS in itself INCITES RAGE!!!! 🖕🏼🖕🏼

If the ACT Government must persist with this nanny-state rubbish, can’t it at least be consistent in the reasoning behind it?

ACT Policing and the ACT Govt have made it clear that the vast majority of alcohol-fuelled violence in Civic each weekend can be traced back to larger establishments not adhering to RSA regs, yet here they are forcing festival attendees to rely on large clubs to provide beer. Wasn’t it only recently that the ACT Govt created regulations favouring smaller pubs over larger ones, citing safety concerns as its reason?

I haven’t witnessed any drunken punch-ups outside community-group stalls at the Multicultural Festival. If it is true that only three people were arrested for intoxication at the last one, I find it hard to believe the police did, either.

Look out for sponsorship by the big liquor brands and a ban on the little boutique local brands!

Labor shills pandering to the big end of town!

Please everyone, write to the Minister for Multicultural Affairs or to the Chief Minister to express your displeasure or they will just steamroll this kind of thing along. https://www.contactmyminister.act.gov.au/#minsmith

If alcohol was the real problem, they should/would have banned it from all stalls. Seems suspect to me.

They wonderful aspect of no beer lines, random liquors and casual beverages will be replaced with the Australian old way of lineups, limited choice and nothing new. Pathetic.

Well if we’re worried about drunken behaviour then make it an alcohol-free event. Everyone is treated equally.

Seems odd to just ban alcohol sales for smaller community stalls but not bigger clubs. People can still buy as much alcohol as they like.

Sounds pretty suss. Wonder how much in political donations this was worth.