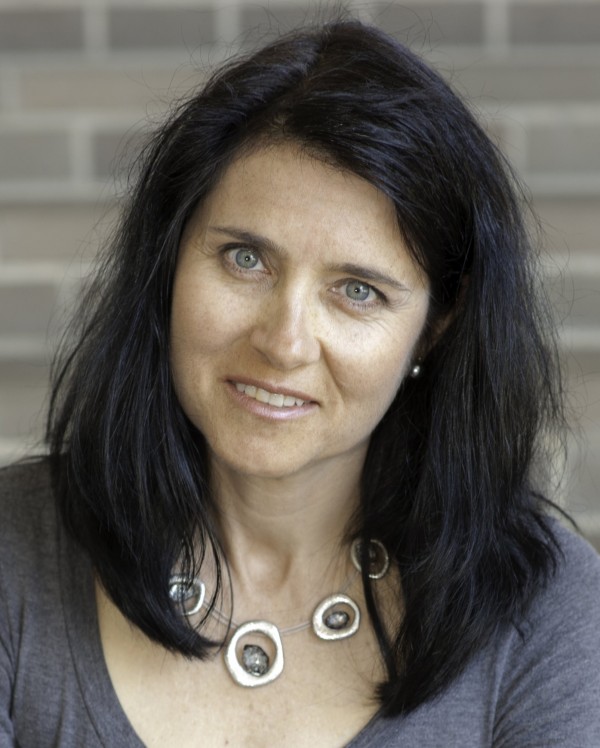 I just finished reading “The Grass Castle” by local author Karen Viggers and I cannot recommend it highly enough. This is her third novel and it is the first that she has set in the Canberra region.

It isn’t just a cliché to say that when we judge a book by its cover we can sometimes be proven very wrong. Until quite recently I had only read Karen’s first novel “The Stranding” (2009) and although I had really enjoyed it, when “The Lightkeeper’s Wife” came out in 2012 I just couldn’t overcome my snobbish resistance to its romance fiction-styled cover to pick it up and give it a go. More fool me!

Earlier this year I started hearing about the phenomenal success Karen Viggers’ first two books were having in French translation, so I had to ask myself what was it that the French could see in these books, especially in “The Lightkeeper’s Wife”, that I hadn’t (apart from it being published in France with a much nicer cover).

So I borrowed it from my local library and suffice to say I had “une petite épiphanie”. It was both beautifully crafted and intensely moving and it deals largely with the end of a life and ways of life – it absolutely was not any form of romance fiction! Perhaps instead of getting caught up with a graphic designer’s complete misjudgement I should have just taken note of the fact that Karen Viggers’ literary mentor is Jane Palfreyman, publisher at Allen & Unwin, the woman who has nurtured some of our best and most successful new creative writing talents (such as Christos Tsiolkas and the recent Stella Prize winner, Charlotte Wood). 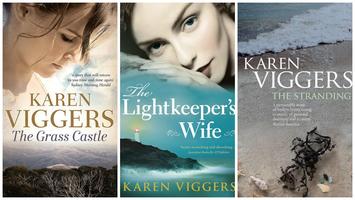 So riding on the wave of euphoria sparked by this little epiphany I just devoured the third novel – “The Grass Castle” (2014) and I can safely say it was equally, perhaps even more, satisfying. Cleverly referencing two classic, but diametrically opposed accounts of our history – Mary Durack’s 1959 pastoral history “Kings in Grass Castles” and archaeologist Josephine Flood’s 1966 account of indigenous Canberra – “The Moth Hunters of the Australian Capital Territory” – it creates a narrative of mental dysfunction which mirrors white settlement’s complex relationship with ‘owning’ and ‘managing’ the land.

This use of structural dichotomy is the backbone of the novel. It pits ideas, actions, timelines, characters and emotions against each other in a creative and engaging way (such as – native/ introduced; ownership/ loss; past/ present; rural/ urban; white/ indigenous; age/ youth; male/ female; memory/ amnesia; love/ loss; drought/ plenty; action/ reaction).

The two main characters are a young woman (who is a post graduate ecologist studying kangaroos in the national park in the Brindabella ranges) and an old woman (who was born and lived most of her life on a pastoral holding in the same area until her family’s grazing land was reclaimed for the national park). These two characters go on a literal and figurative journey to come to terms with events in their past.

The novel is also notably set in the middle of a drought and probes the difficult question of the need to cull the region’s kangaroos whose numbers are out of control and putting stress on both the animals and on the environment. But one of Viggers’ great strengths as a storyteller is that she never preaches, she just lets the issue play out between the various points of view and it gives the question the moral and symbolic gravitas it deserves and leaves you still grappling with it long after you finish the book.

Note – this book will be one of four locally-authored novels discussed during an ABC Radio-sponsored event at the forthcoming Canberra Writers Festival on August 28 – for details of that event click here. Take a look at the full Festival program while you’re there.

But even if you can’t get to that event, do yourself a favour and just read the book!

Anne Hutton was owner/bookseller at Electric Shadows Bookshop from 1992-2015, and now runs www.paperparrot.com.au.

Nancy Olsson - 17 minutes ago
Fantastic display hmmm will visit next year. View
Sue Brooks - 1 hour ago
So beautiful. Looks like a painting. View
Heather Alexander - 4 hours ago
LoveTulip Tops gardens, so glad you have posted these wonderful pictures. View
Opinion 32

Frank Koch - 25 minutes ago
Margaret Freemantle no I don’t but I know of her and she has done well so we shouldn’t begrudge her in any way. Most peop... View
News 17

Ashley Wright - 2 hours ago
Julian Sortland believe already decided Canberra will use batteries rather than supercapacitors and the original vehicles are... View
Ashley Wright - 2 hours ago
Susan Williams that’s good because light rail whilst using similar vehicles is different to a tram way in that it is design... View
JC - 2 hours ago
The main issues have been sorted for the rest of stage 2 with conditions imposed and agreed to. Feds also putting money into... View
Community 15

whatwik - 6 hours ago
Ha, try NSW regional travel. Disappointing yes, but prudent. Some of us do wonder about the obsession with the ACT Chief Mini... View
show more show less
*Results are based on activity within last 7 days

@The_RiotACT @The_RiotACT
Next week's ACT #Budget will include $15.2 million over four years to help modernise the ACT #Ambulance Service, including the acquisition of five new low-emissions vehicles https://t.co/Z4Fp6TE8HZ (49 minutes ago)