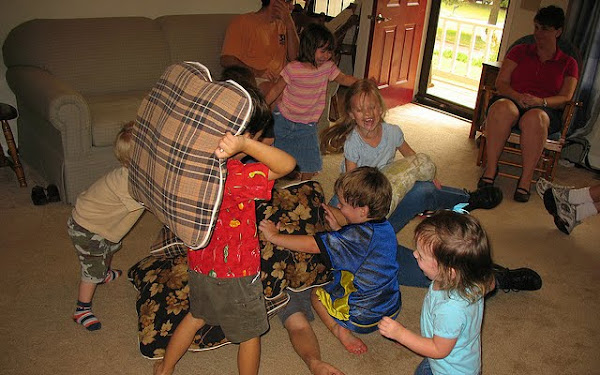 A new report on the performance of ACT Hospitals is currently being used by both Katy Gallagher to shoiw she’s doing a good job, and by Jeremy Hanson to show that’s Katy is doing a bad job.

Every now and then I like to have a rant here about how stupid “the game” of politics is, and how all the played are no better than angry children.

Sometimes it really feels that nobodies job is to try and make Australia better. Or if it is at any point someone’s job to actually do a their duty as a public servant and serve the public, they get very little done due to having to fill their daily quota of faces pulled at the rival gang.

Ok maybe I ranted a little…

Here’s a bit of Katy’s take on the MyHospital date:

The National Health Performance Authority update to the MyHospitals website shows that the ACT is continuing to improve in elective surgery wait times and is performing on par with comparable hospitals in other jurisdictions when it comes to the new emergency department performance measures.

“This report gives us a good snapshot of how our hospitals are performing when they are compared to other similar hospitals,” the Chief Minister said.

Key findings for Canberra Hospital in the 2011-12 MyHospitals report include:

— The ACT was the only jurisdiction to meet all nine National Elective Surgery Targets (NEST);

— 54% of people departed the ED within four hours of arrival, which is on average with the national peer group performance group;

— 64% of category one resuscitation patients leaving the ED within four hours of arrival compared to the national peer group performance of 48%;

— 50% of emergency patients departed the ED within four hours of arrival compared to its national peer group performance of 40%;

— 42% of urgent patients departed the ED within four hours of arrival compared to its national peer group performance of 44%;

— 57% of semi-urgent patients departed the ED within four hours of arrival compared to its national peer group performance of 62%;

— 81% of non-urgent patients departed the ED within four hours of arrival compared to its national peer group performance of 82%; and,

— Hand hygiene rates at TCH were recorded at 65.4% compared with the national benchmark of 70%.

The report also now shows results by quarter, which includes information up to the March quarter of 2013. The results by quarter in 2012-13 in general show a maintenance of effort at Canberra Hospital for the new emergency department access measures. However, more initiatives are being implemented to further improve on the time people spend in our EDs.

Here’s an example of Jeremy’s take on the subject:

“For seven years now Katy Gallagher has been saying that she will improveemergency department waiting times, but for years we have only seen them get worse,” Mr Hanson said.

“The ACT Government set a target of 65 per cent of patients to be seen within the clinically recommended timeframe in 2013. In the first quarter of last year the Canberra Hospital reached 55 per cent but has now declined to just 53 per cent this year.

“Patients in the ACT are waiting far longer here than they would in any other state in the country.

“Only two days ago we saw evidence that Katy Gallagher knew that the nurse-led walk-in centre would create more work and pressure for our emergency departments yet she went ahead with the project anyway.

“Under Katy Gallagher’s management Canberrans have never waited so long to be treated in our emergency departments. I call on Katy Gallagher to explain why this is happening, and for once take responsibility for her failures,” Mr Hanson concluded.

It would make for great entertainment if it weren’t for the fact we’ve given them a massive pile of responsibility.

The one major difference between the raging kiddies in the pic and our childlike MLAs is that the kiddies have responsible adult supervision.

And the kids are more likely to play nice, tell the truth …

The one major difference between the raging kiddies in the pic and our childlike MLAs is that the kiddies have responsible adult supervision.

I had to take someone in a wheelchair to the ED about 4.00pm yesterday. This was only decided after an appointment could not be obtained with the regular GP. The ED waiting room was more full than I have ever seen it before with elederly people having to stand as all the seats were occupied. I didn’t bother to go to the window to register for a 4 hour wait so I took my patient to the walk in falcility. They advised that an X-ray was required first and they couldn’t arrange them after 4.00pm so we would have to go back to ED.
What happened to Rudd’s proposed “super clinics”?

Dear article writer,
On behalf of the apostrophe, please cease and desist from abusing it. If you are unsure of how to use this simple piece of punctuation, please refer to this guide: http://www.angryflower.com/aposter.html

I am fed up with politicians making comparisons with other states suggesting that they’re doing an amazing job like it’s some badge of honour.The truth is that standards in health care are nothing to gloat about and I consider them to be quite abysmal and unsatisfactory.

If it means that peeps have to pay more tax in order to fund a better,more efficient health care system, then so be it..

Maria Greene - 7 hours ago
Frank Valzano yeah but how would Brendan or pollies benefit? View
Frank Valzano - 9 hours ago
Use the money to provide mental health support for current and former soldiers suffering from PTSD.😡 View
Lifestyle 2