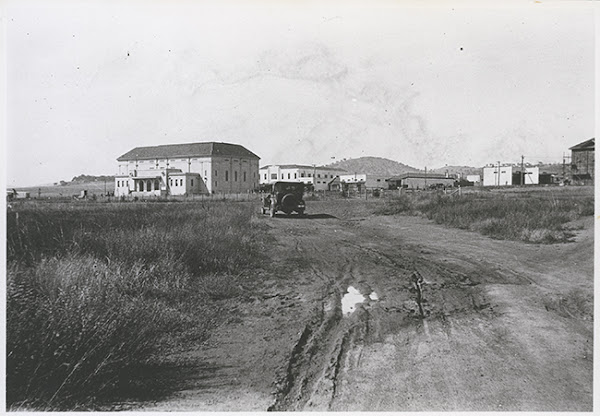 There is so much amazing free stuff to go look at in Canberra. Here’s some more courtesy of the NFSA!

The fascinating links between Canberra and film, from 1913 … and, the development of the Federal Government’s role in film-making and photography, from 1913.

These are the subjects of two new FREE exhibitions, CineCity Canberra and Telling the World, at the National Film and Sound Archive – http://www.nfsa.gov.au/

. the films made in Australia in the year of Canberra’s birth, 1913

. the history of Canberra’s (and Queanbeyan’s) cinemas

. films made in the Canberra region


. the story of the amazing Bert Ive, the man employed by the Federal Government in 1913, as its first cinematographer and stills photographer.

I wonder if The Diplomat (sic) will get a guernsey?

Shaun Hazell - 5 hours ago
Its the most evil way of killing creatures and should be outlawed as it is most countries. View
Cary Elliot Johnson - 19 hours ago
Chele Forest lol. It’s banned in every other Country because every other Country doesn’t have native Australian animals o... View
Cary Elliot Johnson - 19 hours ago
Missy Jangles you do know where the poison is derived from and why it was chosen don’t you? View
News 54

Jake Winters - 8 hours ago
Ana Martinez enjoy mother x View
Nicole Thomson - 13 hours ago
Becky Cormack if it’s In a format for a random person to engage with (which it Isn’t) Plus schools are indicating it will... View
Natalee Gersbach - 14 hours ago
If only we had NBN, working from home and kids schooling from home might not be such a huge issue. Almost our entire suburb h... View
Food & Wine 3

OldMan Wyatt - 12 hours ago
I have always preferred chocolate rather than seafood at Easter View
FishCo Fish Market - 13 hours ago
Thank you for your lovely feedback. Anna truly loves what she does and this will mean a lot to her. :)... View
Michelle Littlewood - 16 hours ago
FishCo Fish Market Thank you for your fantastic service and exceptional seafood. Anna was wonderful when placing my order, an... View
News 32

Sair Rah - 16 hours ago
Nobody has asked me what set up we have in place with two primary school kids at home. My original email requesting a loan de... View
News 5

jima - 23 hours ago
Could have told you this sort of thing would happen when it was sold 20yrs ago. Privatisation at its best. View
show more show less
*Results are based on activity within last 7 days

@The_RiotACT @The_RiotACT
Canberra's sports stars are getting closer to their fans despite social isolation https://t.co/LYSLl7ZwXr (44 minutes ago)

@The_RiotACT @The_RiotACT
With empty shelves, panic buying and stressed customers, how are Canberra’s supermarket workers coping with the COVID-19 crisis? https://t.co/cf17uw7t3t (10 hours ago)