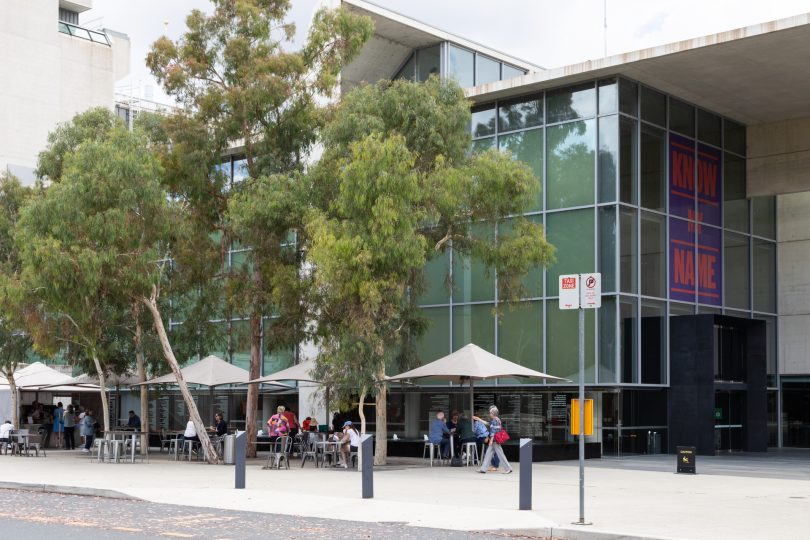 The National Gallery of Australia (NGA) will not be able to replace major ageing assets over the next five years without a substantial injection of funding, according to an independent review.

The report commissioned from Ventia Property states the NGA will need to spend $87 million over the next five years on 73 projects – including security, fire, lighting, and heating and cooling systems. But the gallery faces a funding shortfall of $67 million based on its current average capital works budget of $4 million a year.

Years of cuts and neglect mean much of the work is overdue.

The report states an increased risk of failure and breakdown is putting its $6 billion collection and staff at risk, and incurring reputational damage for the NGA.

Ventia assessed 27 of the 73 projects as Very High Risk or High Risk and says the NGA should seek a minimum of $50 million to undertake the works as a priority.

Ventia also identifies a lack of planning for the end-of-life replacement of major assets.

It urges disciplined project management to set realistic targets and ensure objectives are identified and delivered to avoid breakdowns.

The report states gallery operations will continue to delay the delivery of projects. It recommends the NGA considers shutting part or all of the gallery for a period of time, similar to the recent National Portrait Gallery project, to allow it to complete disruptive works quickly and efficiently.

“Without clear communications and understanding of gallery changeovers and a schedule, delivery of projects cannot be planned and delivered within expected timeframes and utilisation of funding will not be achieved in the allocated financial years,” the report states.

Ventia says the NGA can save money by bundling tenders to reduce construction costs, project management fees and ongoing disruption to the gallery.

NGA director Nick Mitzevich would not comment on the report until he had briefed new Arts Minister Tony Burke.

The NGA was officially opened by the Queen in 1982 and has been extended twice. It holds more than 166,000 works of art, is one Canberra’s great national attractions, and hosts blockbuster exhibitions from across Australia and around the world.

Well there goes any possibility for any funds coming Canberras way for a while… The War Memorial got it all last Federal money dish out and this time it will be the National Gallery, I bet….

The trumpian LNP attack on the Arts while they ran (not govern) Australia has come to an end. Thank heavens we now have a decent government in power and I am sure Anthony will use some of the pork-barrelled money that Barnarby was about to share with his regional mates, to maintain OUR museum.

ten years of the Libs priorities, lets rip down the hall of remembrance, disneyfy the war memorial and spend a lazy billion glorifying war , who cares about the arts

Katrin Helmreich Culture is less valued than toys of war!

They should just put on some nationalistic military exhibition, then I’m sure the funding will flow.

Lack of funding yet gov can throw billions down the toilet so long as they personally benefit.

Use some of the War Memorial budget

Here’s an idea convince Dr Brendan Nelson that Jackson Pollock landed in Normandy on June 6th 1944. And that Jeffrey Smart was parachuted into Philippines and fought with the partisans against the Japanese and the gallery will get all the money it needs. There’s gold in being a TPI. But non in being an artist.

Bruce Davidson you’re thinking of the war memorial, the gallery hasn’t seen any upgrades for at least ten years, everything requires maintenance and they haven’t been funded properly for it.

Federal funding is urgently needed for our national institutions due to years of neglect. The National Library of Australia has had a leaking roof for years now, originally from the night hail storm in 2020 but I see the tarps covering the leak are there still 😳
So sad. Our nations treasures are stored in these buildings but are not truly valued by some. Meanwhile the expansion of the new War Memorial (funpark?) continues unabated😥

Andrew Toal you don’t know anything about me Andrew.

Andrew Toal there were plenty of serving and former troops that said differently.

Andrew Toal oh really, can you point out any articles where the discussion was directly “either we expand the war memorial OR fix the national library’s roof: Major whosiwhatsit’s opinion”?

Sarah Kristine enjoy your books… Maybe if you paid each time you went In.. they could fund the roof repairs… All gave some…. Some gave all… I wish you well

Andrew Toal what do you *think* taxes exist for? Think hard, it’ll be taxing for you, I know.

Victoria Edmonds Funding for conservation of the national collections and the buildings is important. It’s time for our government to recognise and protect our heritage, once we lose it we can’t get it back!

Lots of military service and history is recorded and preserved for future generations in the NLA’s collections.

Interesting perspective, Andrew … so, in a democracy which over the history of our country, many have given their lives to protect, only those who have actually been to war are entitled to comment on the outrageous waste of money being spent on unnecessary refubishments, including demolishing a building which in 2011 won a prestigious Australian Institute of Architects awards? It seems to me that your attitude does more to diminish the memory of their sacrifice than any comment on the maintenance/upgrade of the AWM.