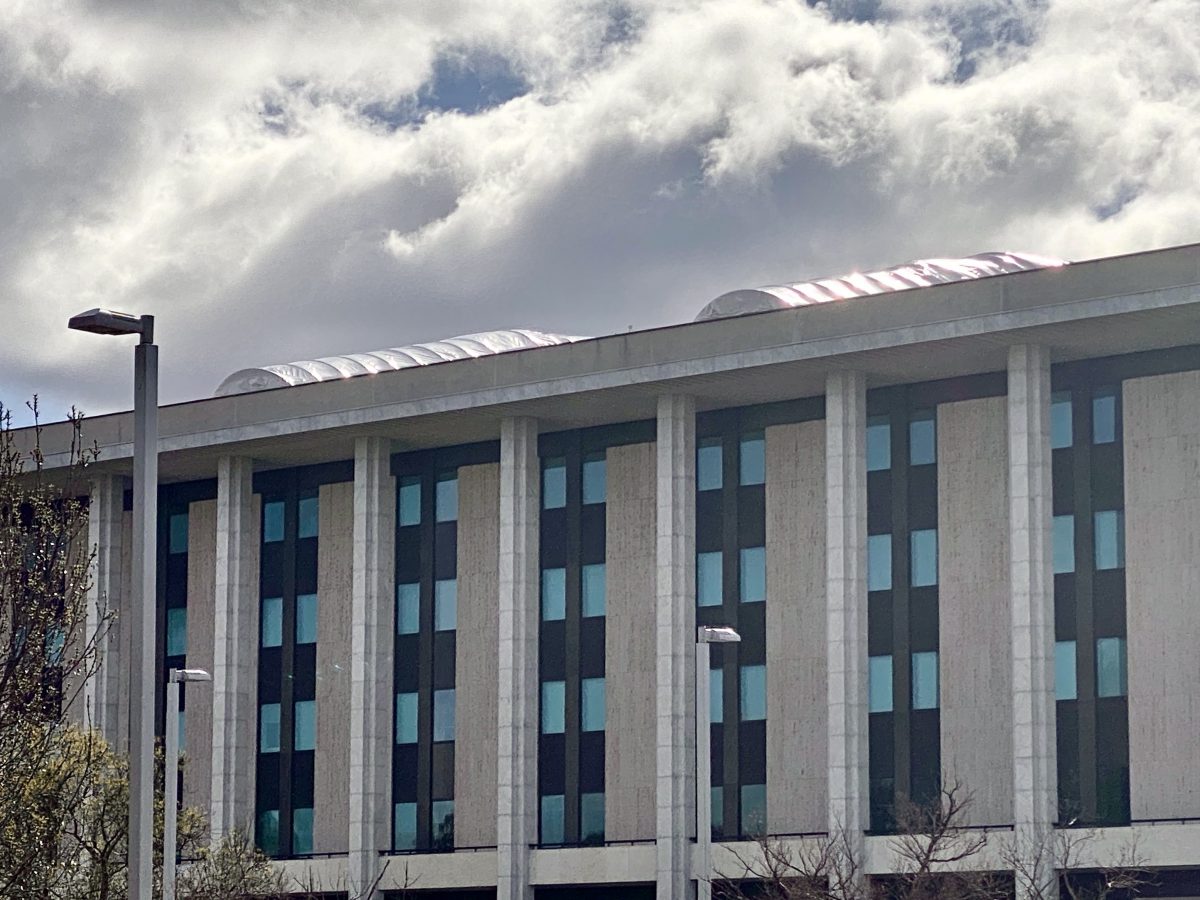 The plastic bubbles on the roof of the National Library of Australia were not enough to stop the water when the heavens opened last month. Photo: James Coleman.

The threat of ongoing wet weather over the spring and summer has forced the National Library of Australia to lock up its most precious collections after a dumping of rain early last month led to water seeping through its hail-damaged roof.

The move will be a blow to researchers who rely on the library’s collections to conduct significant historical work.

Canberrans have been intrigued by the plastic bubbles appearing on the landmark building’s roof as complex repairs to the tiled roof continue after the devastating 2020 hailstorm.

Their purpose is to keep water out of the building but a dump of 88 millimetres of rain on 4 and 5 August was too much for them.

The water eventually found its way to the top-floor fourth level where the library stores 11.5 kilometres of its most valuable material, including half the library’s priceless manuscripts and rare Asian books.

Much of the compactus units had already been wrapped in waterproof material but not all, and about 50 collections were damaged to some degree.

With the Bureau of Meteorology predicting a rare third La Nina event and a rainy spring and summer, the library has decided to halt access to the fourth floor until March so it can fully protect the collections.

Director-General Dr Marie-Louise Ayres said that with no other storage options, the library had no choice but to close the fourth floor to keep the collections safe.

Dr Ayres said while some material did get wet, it was able to be dried, and treated by conservators, and no material had been lost.

She said some units directly under the roof work had been wrapped, while others had lighter wrapping.

“Water can go in multiple directions and we can’t predict where it will come out,” she said. 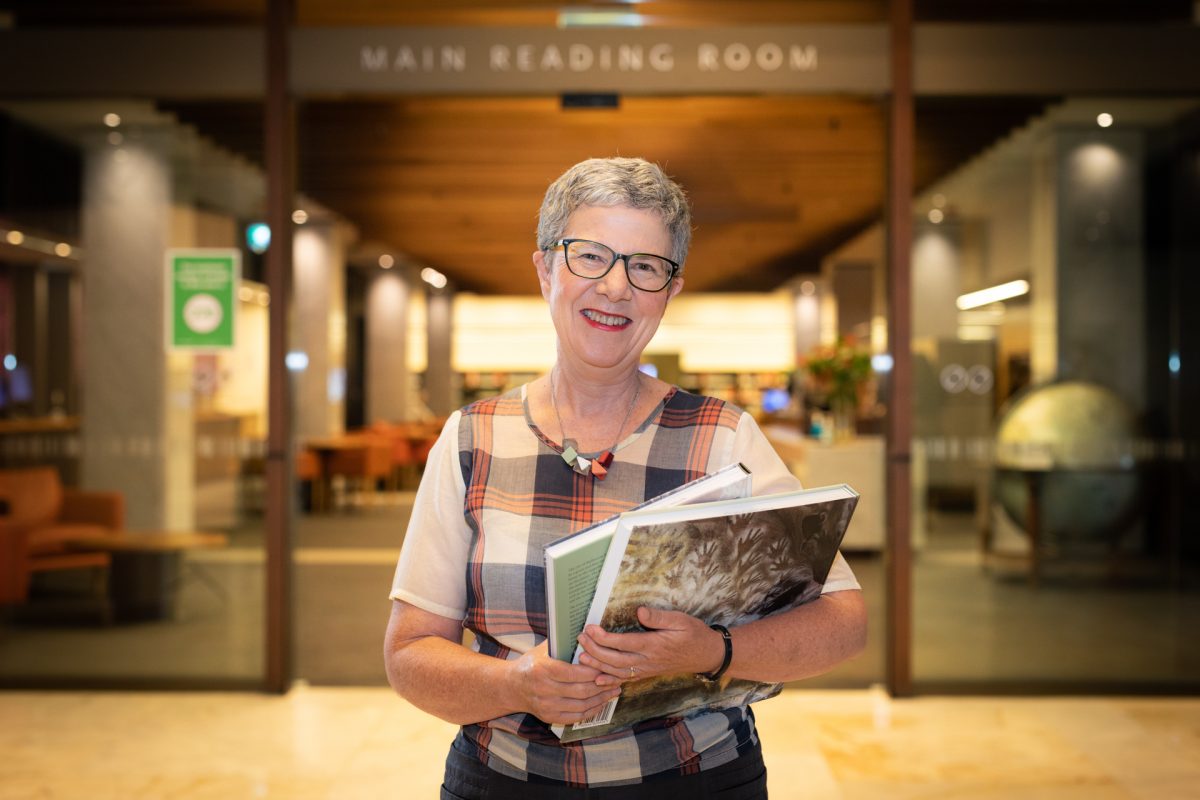 The library is also having to close other collection stacks for short periods as work continues to replace the heating, ventilation and airconditioning system.

Dr Ayres said the closures would have significant impacts, particularly for Australian historians.

“Anybody who is doing deep historical work, whether it is political history, science history, anybody working on Australian history will be significantly impacted as a result of this closure,” she said.

“We greatly regret that and it weighs very heavily on us.”

If the weather forecast had been different the library might have had other options, Dr Ayres said.

“I hope they understand that our job is to protect the collection so it can be used in hundreds of years, but I completely recognise the distress this will cause to researchers who planned their research program using this collection over the next six months,” she said.

The collection will remain covered until March next year, and after every rain event will be monitored by conservators within the National Library Collection Care team.

Collection material stored in other parts of the Parkes building, and at the library’s three offsite repositories, will still be available for use.

Dr Ayres said the library’s digitisation program was ongoing but less than 10 per cent of the entire collection had been digitised, and only 1-2 per cent of the manuscripts.

The roof repairs began in February and will continue until about August next year.

Why risk nationally significant materials by storing on the top floor under a roof that has been known to leak for years?

If the NLA were to rename itself the Gallipoli Anzac Monash Memorial Library it might get a better funding deal from government. Compare and contrast with the War Memorial. But then it would still need to have competent administrators.

It is the NLA not a military or memorial library! Precious valuable collections and significant papers from individuals such as former governor-general Sir Zelman Cowen, politicians, artist Sir Sidney Nolan and Walter and Marion Griffin, as well as the records of important organisations all located on the top floor while roof renovations have been commenced! Oh how terrible it would have been to lose these precious collections. And the wasted money outlayed by researchers while they now wait for the library to get its act together. The library has only operated partially throughout the pandemic and we now see this. How did it come to this!!

Mine was a bitter joke, Jack D., but spot on with the rest of your comment. One option that is still available to a courageous government would be to move the War Memorial from the Veterans’ Affairs portfolio into the Arts portfolio, where it would have to compete for funding with other cultural institutions. It has had a relatively easy funding ride since 1983 when Bill Keys of the RSL conned Bob Hawke into putting the Memorial into Veterans’ Affairs. 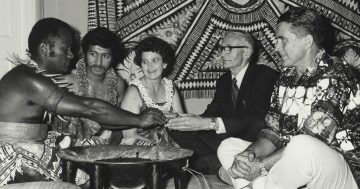 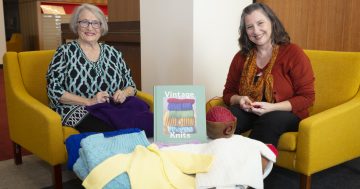