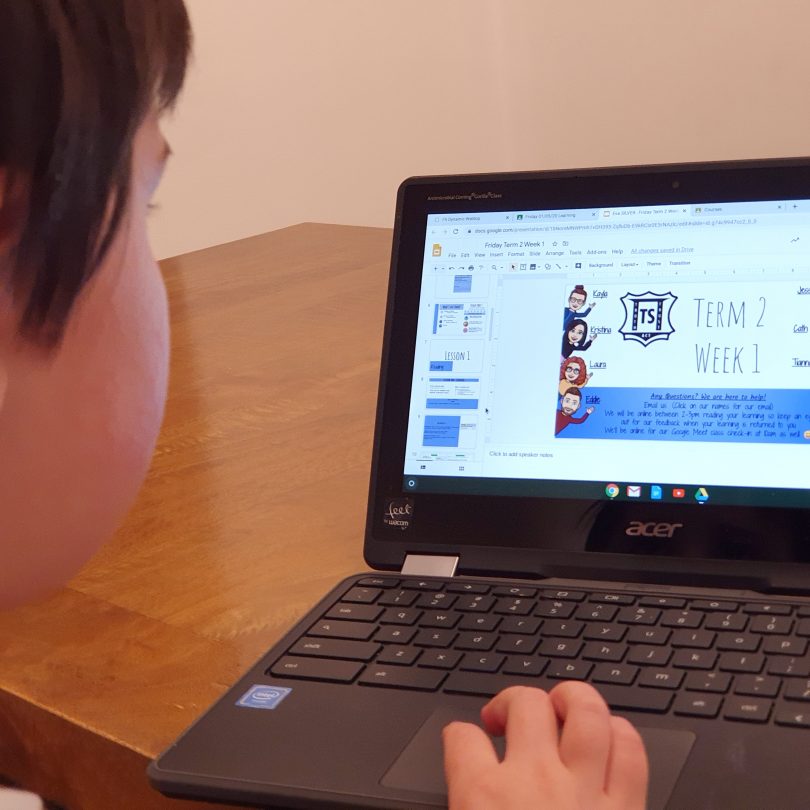 Following record spikes in demand for internet service between February and March, a new report shows broadband speeds have recovered after an initial decline.

Average download speeds on NBN Co’s 50 Mbps and 100 Mbps speed tiers had dropped by 14 per cent and 23 per cent respectively as Australians followed social distancing instructions to stay home due to COVID-19.

Canberrans had also experienced an average of 5.9 per cent more congestion since the move to self-isolating, with Melbourne not far behind. These two cities had the highest rates of internet congestion in Australia.

ACCC Chair Rod Sims said broadband services had experienced unprecedented demand during the COVID-19 pandemic as many people and small businesses worked from home and made increased use of telehealth, online learning and other services.

“The most recent data from our Measuring Broadband Australia volunteers shows daytime NBN speeds have not been impacted by this additional demand, and evening speeds are mostly holding up well.”

Measures adopted by streaming providers such as Netflix and YouTube have also helped other online applications perform well during the busy evening hours but led to a reduction in picture quality for viewers. 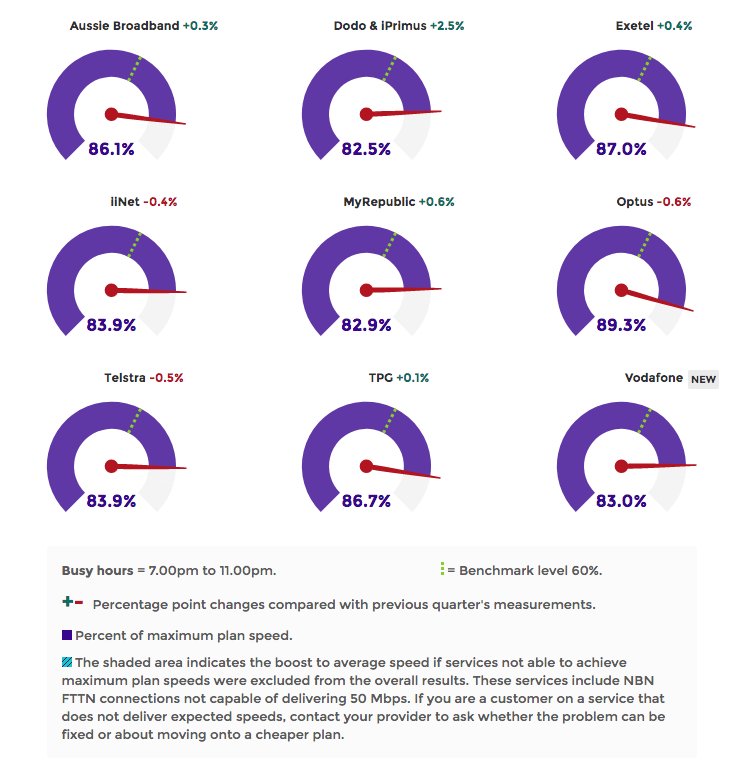 The quarterly report shows the speeds of data for NBN fixed-line service of nine major RSPs. Testing took place in February 2020 using a sample of more than 1300 volunteers on NBN and ADSL connections.

The report shows Australia’s fixed NBN connections achieved average download speeds of about 85 per cent of their maximum possible speeds during the busy evening hours of 7:00 pm to 11:00 pm in February.

Across all NBN 25 Mbps plans and above, RSPs achieved scores of between 82.5 and 87.0 per cent. Optus recorded the highest score of 89.3 per cent. These results are an improvement for most RSPs on the download speeds in the previous MBA report which was based on November 2019 data.

Vodafone, included for the first time in the quarterly figures, achieved results comparable to other RSPs.

“One positive development we have observed is more end users on underperforming services are having their issues resolved,” Mr Sims said.

“We are seeing improvements with a higher proportion of NBN plans on fibre-to-the-node (FTTN) connections achieving full speeds; however, one-in-five consumers on these connections are still paying for high-speed 50 Mbps and 100 Mbps plans that are underperforming.”

The report shows overall results could have been between 1.1 percentage points and 4.2 percentage points higher if the issues causing poor performance, such as problems with the network connection at the customer’s premise, had been addressed.

“We encourage NBN Co and RSPs to build upon their initial gains so that many more FTTN customers can also receive the speeds of the plans they pay for,” Mr Sims said.

NBN services continue to outperform ADSL services across a range of measurements. Consumers on NBN 25 Mbps plans received an average download speed of 22.5 Mbps in the busy hours, while those on ADSL services delivered just 7.3 Mbps.

The report also shows, for the first time, how different NBN plans perform in streaming popular video content from Netflix and YouTube.

It demonstrates that higher-priced NBN100 services are not generally required to support many households’ consumption of streaming services, and that in most cases, an NBN50 service is sufficient. A 100 Mbps plan is around $20 more than a 50 Mbps plan.

“These results should prompt consumers to consider whether they actually need to pay extra for a higher-priced plan, or whether a cheaper plan could meet their needs,” Mr Sims said.

“Consumers should consult RSPs’ key facts sheets which set out what plans are most suitable for using popular online services. If consumers are still uncertain what plan they require they can start on a lower speed plan and move up to a premium higher speed plan if and when they need to do so,” added Mr Sims.

The ACCC is also encouraging more Australians to volunteer to participate in the Measuring Broadband Australia program.

“As more Australians sign up, the more transparency and information we can provide about broadband experiences the better for consumers,” Mr Sims said.

Ian Fraser - 5 minutes ago
Yes, that's how they're generally referred to and you won't go wrong by doing so. Bear in mind though that Eastern Water Drag... View
News 20

Linda Stapleton - 9 minutes ago
Hans Dimpel I will await the inquiry into the inquiry of the inquiry, before making up my mind. View
Linda Stapleton - 12 minutes ago
Might I suggest that the review can come up with what ever opinion they choose, but the opinion of voters is more important.... View
Robert Cox - 2 hours ago
"...it was overall an effective way to have stimulated the ACT’s post-lockdown economy" is an odd way to define "inconclusi... View
Community 29

Ben Phillips - 45 minutes ago
There’s about 20 acres sitting unused next to Lyneham primary. Mixing in some high density housing (units) with community p... View
Jenny Lawrence - 1 hour ago
Joshua F. Johnson any form they take, including the current one, closes off some uses - that's not an argument not to conside... View
Joshua F. Johnson - 1 hour ago
Jenny Lawrence they’re not “ovals” they’re just open outdoor spaces. You might want a pool there. You want want the D... View
News 2

@the_riotact @The_RiotACT
A new report shows the @CBR_IN is delivering #employment and income to the ACT, to the tune of 400 direct #jobs and $100 million into the economy https://t.co/UHVkhwYbTq (11 minutes ago)