An artist’s impression of the Forestry Place proposal from the oval. Image: Kann Finch

The owner of the former CSIRO School of Forestry site is Gunyar Pty Ltd, which represents the Shepherd Foundation, a registered charity that helps children with hearing loss and has a presence in Canberra.

It has partnered with Sydney developer Oakstand to propose a major redevelopment of the 11-hectare site that would include 222 apartments, 54 independent living apartments, a 130-bed aged-care facility, 80-room hotel, 800 square metres of commercial space, and other community facilities such as a swimming pool and tennis courts.

The NCA rejected the proposal as presented after listening to community feedback, but said it would reconsider a proposal in which building heights are no greater than three storeys plus attic. 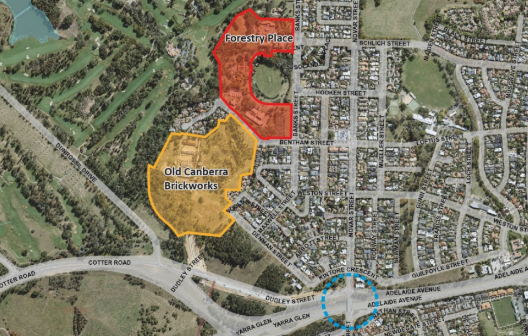 An aerial view of the Forestry Place proposal and Brickworks development. Images: NCA.

It said this was more in keeping with the existing and likely future urban fabric, and better maintains development within the landscape and reflects expected development outcomes at the nearby Old Canberra Brickworks.

The NCA also said that it would place limits on other aspects of the proposal, including commercial uses, heritage requirements to ensure continued protection should the site revert to the Territory in the future, and conditions to retain the character of the landscape and deep root planting zones.

While supportive of residential and community facility land uses within Forestry Place, the NCA said the types of commercial land use proposed would need to better complement the predominantly residential character of the area.

During consultation, the key issues that emerged related to the hotel and commercial/retail uses, the number of apartments, density and building heights, traffic and parking, and the heritage and landscape values.

Some believed that the hotel and commercial plans were out of step with the area’s residential character, although they could take some pressure off the Yarralumla shops. 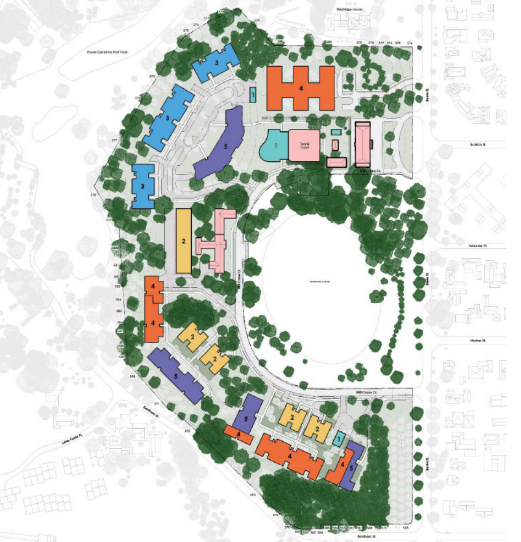 Across the 11-hectare site, the proponent proposes a maximum plot ratio of up to 60 per cent, with buildings ranging from two to five storeys.

Almost all thought buildings up to five storeys would impact the heritage values and the landscape, and believed that heights and number of dwellings should match that of the nearby Brickworks development.

Most were also concerned that Yarralumla’s roads were already at or near capacity, and the shops were short of parking spaces. Combined with the Brickworks development, this proposal would only exacerbate the situation, they said.

Some believed the development proposal disrespected or did not adequately reflect the heritage values and feared they would be lost, along with some large trees.

But others welcomed the proposed retention of trees and the adaptive re-use of heritage-listed buildings.

The proponent can now reconsider its proposal and present revised plans to the NCA where development is no greater than three storeys plus attic. It can also include further information on the proposed commercial uses.

If the NCA Board agrees to a revised draft amendment, there will be further consultation with the community.

Catherine Foley near you? 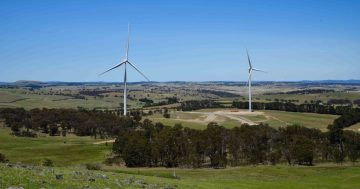