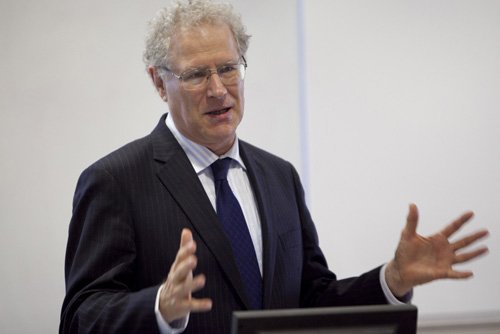 As a long-time Canberran, I am proud that this city leads the nation in our enthusiasm for arts activities. I know this not just from the evidence of my own eyes – the packed crowds at theatre shows, exhibition openings and festival events – but from official statistics.

We consistently have the highest rates in the country for attendance at cultural venues, participation in cultural activities, and household spending on culture. This is unsurprising; Canberrans know the intrinsic value of the arts to our humanity.

The ACT region meets this high demand for arts activities through an extraordinary range of arts experiences and a remarkable array of cultural venues, from national institutions to innovative local arts hubs. Canberra punches well above its weight in the variety, quality and accessibility of its arts.

As well as their intrinsic importance, the arts represent an important industry sector in the ACT in terms of employment, value adding, and attracting visitors to our city and wider region, through cultural tourism.

Live entertainment is particularly important for the night-time economy of our city. Theatre shows, live music acts and classical music concerts all draw visitors from the region and beyond, often resulting in a night’s stay in the city, a restaurant meal, and some retail therapy.

One example was the three-week season of MAMMA MIA! at the Canberra Theatre Centre in 2017, which delivered $2.5 million in direct expenditure to the visitor economy. The potential benefits to our cultural life, to our community, and to our economy lie at the heart of the current studies into a major new theatre for Canberra.

The Canberra Theatre Centre opened in 1965 when major international venues, like New York’s Lincoln Center, were being built. As Australia’s first multivenue government theatre complex, it opened before the nation’s other major performing arts centres like the Sydney Opera House and the Adelaide Festival Centre.

Having led the field over fifty years ago, the Canberra Theatre Centre is now entering an exciting new period of renewal, with the opportunity for expanded facilities and the scope to be a key aspect of revitalising the city centre.

A new Canberra Theatre, of around 2,000 seats, could provide an auditorium size and technical facilities to cater for a much wider range of shows than the current venue allows: large live music concerts, major musicals, large scale opera and ballet, to name a few.

Canberrans often travel to Sydney or Melbourne to see these types of shows, losing this entertainment spend to the ACT economy. A new venue would help retain that spend in Canberra, attract more cultural tourism dollars to our city, and lead to a greater sense of civic amenity as well as giving our community wider access to such performances.

Adding a major new theatre to the suite of facilities at the Canberra Theatre Centre would not just result in more large-scale shows, but also provide scope to repurpose the existing Canberra Theatre for other performing arts and community uses. At present, the high demand on the Centre’s venues for touring shows restricts their availability for dance school performances and local theatre product.

The new theatre would also require supporting facilities, like a multipurpose studio and areas dedicated to access and learning. These would further extend the Centre’s ability to cater to the needs of our vibrant local theatre and dance sector, and for theatre education. An expanded Centre would, therefore, add real value to the arts throughout our community.

All these matters are being considered in the current preparation of a business case for a new theatre. The early results of the costs and benefits analysis are positive, and the ACT Government’s commitment to this in-depth study suggests we are on the cusp of what I see to be an exciting new era for Canberra’s city centre, and for the cultural life of our region.

Richard Refshauge is the Chair of the Cultural Facilities Corporation, which manages the Canberra Theatre Centre. His other roles include Deputy Chair of the National Institute of Dramatic Arts, Chair of QL2 Dance, and former Chair of the ACT Cultural Council. He is a former Judge of the ACT Supreme Court.

Michael Norman - 13 minutes ago
Would a non-divisive approach to problem solving serve communities to move forward? The problem is around infrastructure that... View
Trish Roberts - 18 minutes ago
I’m a pedestrian, e-scooters are danger. Some of us gave feedback when surveyed before they were brought in, but of course,... View
Jane Kennedy - 32 minutes ago
I think they are a great idea Cuts down on the amount of cars on the road Great for kids not old enough to have a license and... View
Food & Wine 3

Ivana Ryan - 30 minutes ago
Toasted sandwich and a coffee 😋 Bojana Simic View
Christopher Rompotis - 2 hours ago
Hannah next brunch catch up? 🤔 View
Nicolas Normandeau - 10 hours ago
Matilda Jones I need this in my life. This sounds so good!... View
News 21

chewy14 - 34 minutes ago
Capital Retro, You're partially correct but not in the way you think. The SA battery has been so successful simply because th... View
David Wagner - 42 minutes ago
I like it, but why not look at biogas using sewage plants eg. Europe or Stirling engines or ........ View
Capital Retro - 11 hours ago
You know what windfall means? Take that away and the venture has probably lost money. Gas peakers all over Australia would ha... View
News 1

HiddenDragon - 15 hours ago
Why stop with repatriation flights? The logical conclusion to the economies of scale argument (which is equally relevant to j... View
Capital Retro - 17 hours ago
Forget the "the significant costs and operational requirements associated with the program." being the reasons. The risk is u... View
ChrisinTurner - 19 hours ago
It is amazing how the number wishing to return home has remained constant despite over 100,000 returns. View
Sport 4