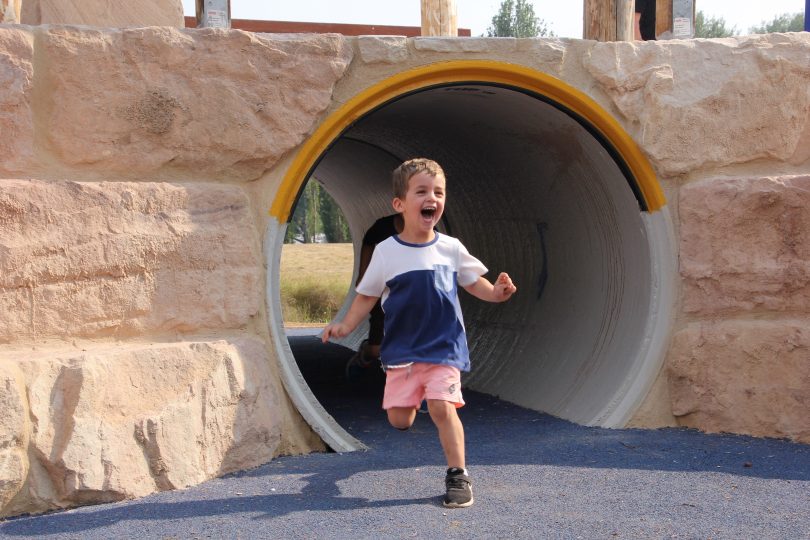 Two nature play spaces have opened in time for the summer holidays – in the elm forest at Glebe Park in the city and Eddison Park in Woden.

Member for Murrumbidgee Bec Cody, representing the Minister for City Services Chris Steel, said the new play areas would enhance children’s physical health and wellbeing by providing opportunities to develop their imagination, as well as their social and motor skills.

The play space in Glebe Park has been built among the elms near the existing play space and park rotunda, and includes a dry gravel creek bed with water pump, log trail and a treehouse with a ramp for people with varying levels of mobility.

“Children can also use their imagination and enjoy the adventures of a fireman’s ladder and pole as well as ropes, a net and beams,” Ms Cody said. 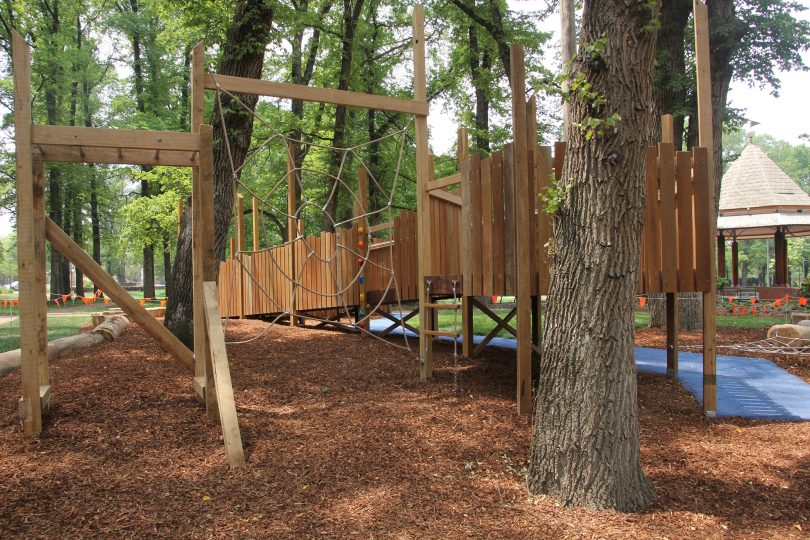 Glebe Park is all set for some creative play.

The play space at Eddison Park includes a new climbing hill with a wheelchair accessible tunnel through it, a slide and bridges across the reed beds.

“Natural play spaces are designed to provide unstructured play experiences that can be creative and imaginative,” Ms Cody said. “They use primary elements from the landscape such as logs and boulders to encourage children to climb, balance, jump, explore and develop their coordination skills.”

She said the new play spaces were a great addition to the ACT’s extensive playground network, just in time for the school holidays. 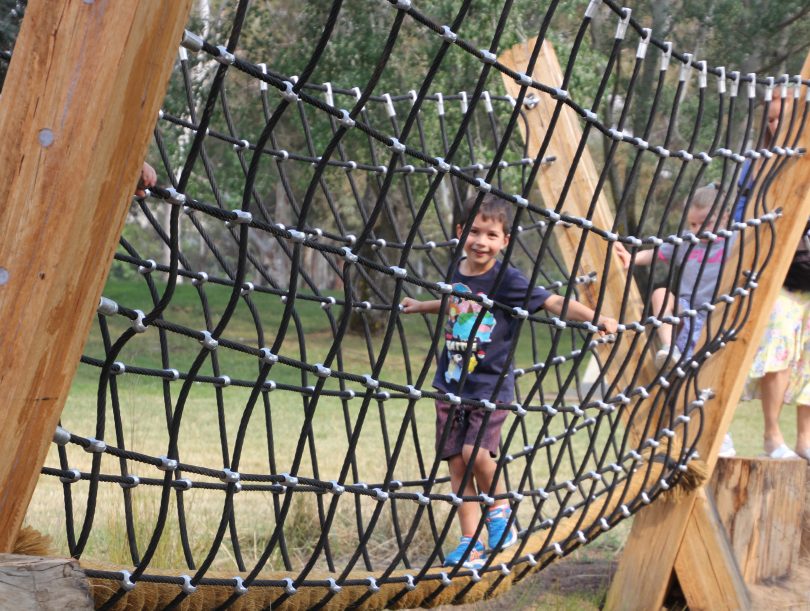 Sani Haider of Weston Creek on the tightrope at Eddison Park.

Ms Cody thanked the community for their valuable input into the co-design of the play spaces and for their involvement in the ACT Government’s consultation with local schools, childcare centres and youth centres.

A new play space at Farrer was also opened at the end of October.

Last November the ACT Government announced that it would spend $1.9 million to build the three new nature play spaces and upgrade 24 playgrounds across the nation’s capital.

Andrea Mya Riboust - 2 minutes ago
Matt the former I assure you 😄 View
The Martini Whisperer - 2 hours ago
Lucky they’re weren’t in Texas. View
HiddenDragon - 4 hours ago
So the Big Merino will be the command HQ for Gilead Down Under - and they said it couldn't happen here......... View
Food & Wine 12

Gather.Park Pop Up – a bright splash of fresh flavour with Glebe Park views