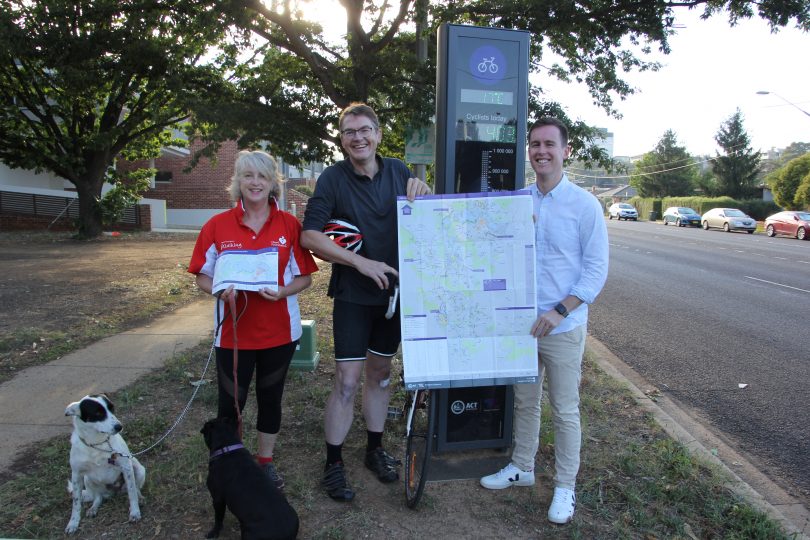 New guides have been launched for Canberra’s walking and cycling network aimed at helping people discover pleasant ways to get around their communities, without having to go in the car or on road.

ACT Roads Minister Chris Steel launched ‘Your Guide to Cycling in Canberra’ and eight town centre walking and cycling guides at the start of Canberra Walk & Ride Week (1-10 March), with March seen as the best time to walk, ride and wheel in Canberra due to the favourable outdoor conditions.

However, the ACT Government’s household travel survey also showed that most trips within the local community are made by car.

“During Canberra Walk & Ride Week, I encourage all Canberrans to break the habit of reaching for their car keys and swap some car trips for walking and cycling trips, to the shops, to school and friends’ houses,” Mr Steel said.

“We all lead busy lives and sometimes it can feel like it is hard to fit in any extra travel time.

“For small trips, walking or cycling may only take an extra 10-15 minutes over a car trip, but you will get where you need to go while also having achieved most of your daily exercise needs. For longer trips, you can combine walking and cycling with public transport.” 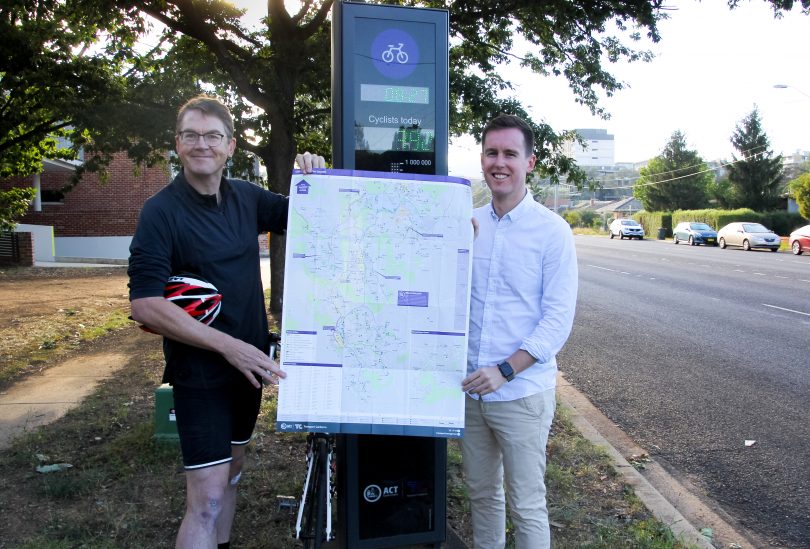 The updated map, ‘Your guide to cycling in Canberra’ includes:

Mr Steel said the town centre maps provide more detail about the path network to help people identify the main ways to get in and out of the town centres and to other destinations such as the Parliamentary Zone.

“The community has made it clear that there is demand for both paper and digital cycling products and I’m pleased to deliver these new and enhanced maps for people to plan their walking and cycling trips,” Mr Steel said.

“New signs and pavement markings will be installed starting in mid-2019 to guide users along the colour-coded main routes.”

‘Your Guide to Cycling in Canberra’ can be purchased in person for $5.00 from:

Alternatively, people can have the guide mailed to them for $7.00 by contacting Pedal Power on office@pedalpower.org.au or 6248 7995.

What I think is great about these guides is that those with mobility scooters have a clear guide before and whilst they’re out on where to go in safety.

yes QBN is included on the map

Now they just have to watch for crazy motorists

No prods, I'll walk to work. From Phillip to Charnwood. Start at 4am so gonna have to leave early i reckon

Might actually take u seriously if u had the balls to not hide behind a fake, profile.

I use my real name Christopher and many people in Canberra know me.

Great initiative for those who can do so but when will the ACT government get it thru their heads that not everyone can walk or cycle.

Where does it say that those who aren't able to should do it?

Because some people can't walk or cycle the initiative is a waste of time?

The point is by encouraging those that can, it makes it easier for those that can't or won't. It means higher availability of car parks for example, because more people are walking/cycling. so everyone benefits.

Mark Dando No, it definitely isn't a waste of time. As I said, it is a great initiative for those able to do it.

Kerrie Buitendam Was it like that when you moved into your house?

Brett Olzen yep, going to push more cars onto the road, will go from direct service to three different buses

Sally Pabst-Reeves yes but it will take 3 times longer so you get value for your money.

Call for volunteers to help in community cycling event

Discovering the camaraderie of cycling

Try out Nordic Walking and have some Finnish fun