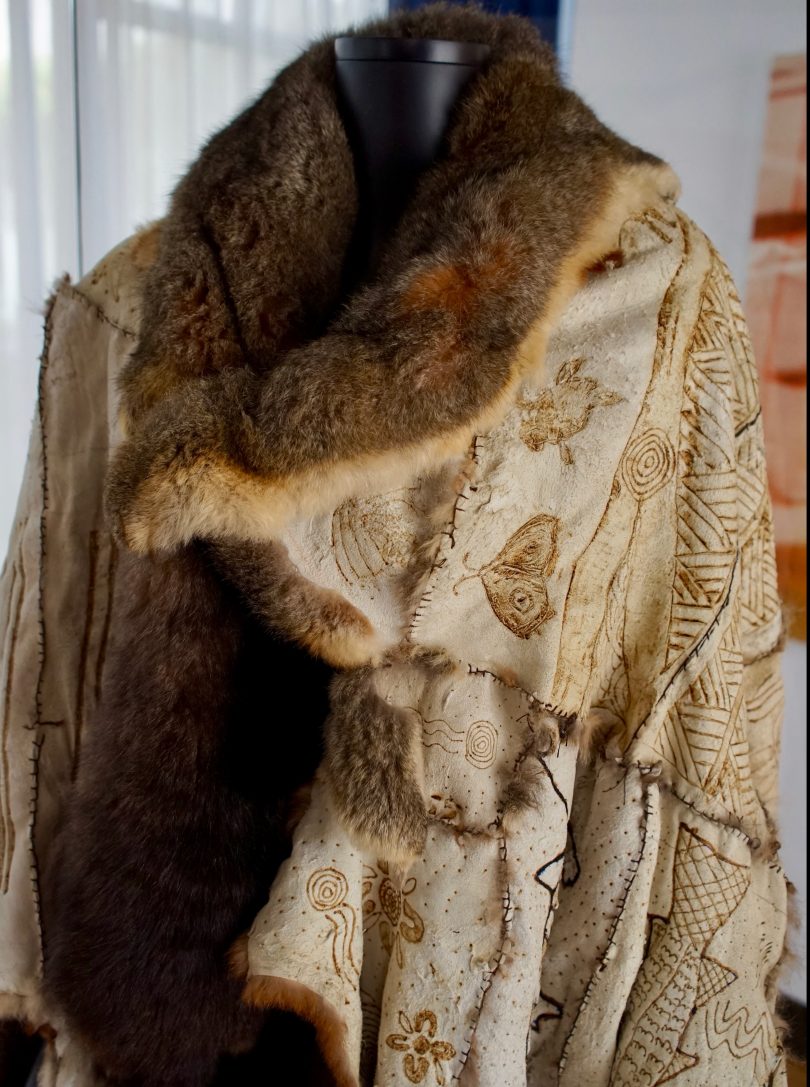 The Reconciliation possum-skin cloak is on display in the foyer of the Assembly Building. Photos: Supplied.

Ngunnawal women have presented a magnificent possum-skin cloak to the Legislative Assembly in a significant act of Reconciliation.

Speaker Joy Burch said the gift was a significant act of generosity and would be on permanent display outside the entry to the Assembly chamber.

“This prominent position reflects its importance as a symbol of reconciliation and respect between the Ngunnawal People, the Assembly, and the wider ACT community,” she said.

Traditionally, possum-skin cloaks were an everyday item for Aboriginal people. Starting as a single skin to wrap a newborn baby and added to over time, they were illustrated with stories of the life, clan and country of their owner.

Following white settlement, and the introduction of woollen blankets, the tradition of making cloaks was largely discontinued. There are now only a small number of cloaks in existence, although their traditional significance endures.

The cloak presented to the Assembly was made by a group of Ngunnawal women, led by Elder Tina Brown. Together, the 16 Ngunnawal women who were involved in the creation of the cloak have burned their stories into the possum skin. 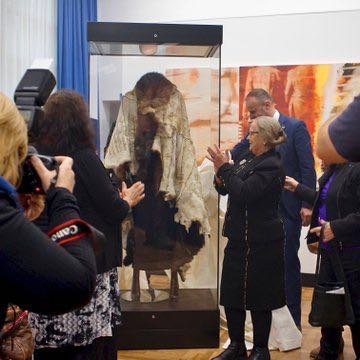 Members of the public can view the cloak, which is on permanent display in the foyer of the Assembly Building, Monday to Friday 8:30 am-5:30 pm.

Denise Bourke - 39 seconds ago
Not a blessing for those supposedly buying the homes for aging. Very creative and imaginative but hardly a good match. View
Gary Hatcliffe - 3 hours ago
Get rid of the pokies and I'll rejoin.🤔 View
News 11

John Killeen - 2 minutes ago
At least the new electric fire trucks will always be first on-scene to a battery fire! View
Colin Mitchell - 5 minutes ago
Nick Anderson and they don't have service to... View
Daniel Trevarthen - 2 hours ago
Scott Abela except these ones catch fire even when they are just parked, not even charging! View
Community 5

Warren Warrenson - 5 minutes ago
Those are some big days… carrying packs or with support vehicles etc? View
Xuan Le - 1 hour ago
I wish I knew this earlier.... View
Allan Hill - 3 hours ago
Good one Todd man. Got confidence in you... View
Opinion 11

James Daniels - 24 minutes ago
Steve Ross despite any shortcomings, NSW government support for small businesses has dwarfed that provided by the ACT governm... View
Steve Ross - 4 hours ago
As a NSW resident, trust me, there wouldn’t be any difference, no matter if they were in power! 👎🏿 View
Sport 1

Kate Le-Goat - 5 hours ago
Nada Krstin - it’s a piece of paper (or digital “piece of paper” that says you’re vaccinated. You are handing over WA... View
show more show less
*Results are based on activity within last 7 days

Wrapped in love: The layers of meaning in Canberra’s possum skin cloaks

@the_riotact @The_RiotACT
Are you familiar with creepy facts? If so, this ghoulish Ken Behrens #Quiz is for you! It has plenty of spooky stuff for #Halloween, plus a few other bits about Canberra and current affairs https://t.co/kjZY3kTHca (28 minutes ago)