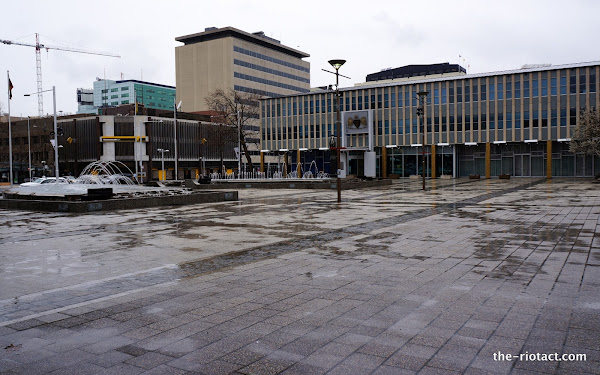 On Tuesday Mark Gibbons, Pirates for Brindabella, announced to us “Ninjas have nothing to fear under a Pirate administration”.

But just hours later he was repudiated by the party media wonk!

“Ninjas have nothing to fear under a Pirate administration,” Um, Mark, we didn’t workshop that policy…. #ACTPirates #actpol

Word reached the Eagle’s Nest that ninjas were rallying in Civic Square this afternoon and sure enough, not a single one of the sneaky buggers to be seen.

They appear to be playing a similar trick on the register of political parties.

The next election is going to be laughable. You can vote for dodgy labour, do nothing liberals or the pirates that don’t like ninjas. I cant wait to exercise my democratic right….sigh

Pirate Party ACT supports the right to freedom of association and personal privacy.
If someone wants to be a ninja and wants to hang out with other ninjas, then provided they do no harm to others, that’s their own business.

The next election is going to be laughable. You can vote for dodgy labour, do nothing liberals or the pirates that don’t like ninjas. I cant wait to exercise my democratic right….sigh

did you perhaps mean “only a ninja can *sneak up* on another ninja”?

did you perhaps mean “only a ninja can *sneak up* on another ninja”?

Only a ninja can call another ninja a ninja …

Ninjas are whingers. It is known.

Clear your mind, Grasshopper, and the ninjas will appear…

ps If you’re really keen, you can get them all at

Are you trying to be funny? I’m going to take your life away!!

Wooo, look at them all. Gee JB you just outed yourself as a non-ninja. Everyone knows ninjas can only be seen by other ninjas.

BTW, Ninjas are so much better than Pirates. Scurvy-laden, salt-encrusted, stinky-fish-smelling bastards.

Where is Shintaro when you need him ?

😀 I wonder how many RIOTers will get that one.

Where is Shintaro when you need him ?

😀 I wonder how many RIOTers will get that one.

The Ninjas appear to have disappeared as quickly as The Greens integrity.

Jess Peil - 8 hours ago
This is so exciting! View
Roland De Saxe - 11 hours ago
Great idea for Eden area View
Talla Mc Bogan - 16 hours ago
happened in the otways ,, mountain bikes took the moto tracks ,, they only use a small area though ,, so plenty of moto track... View
Property 3