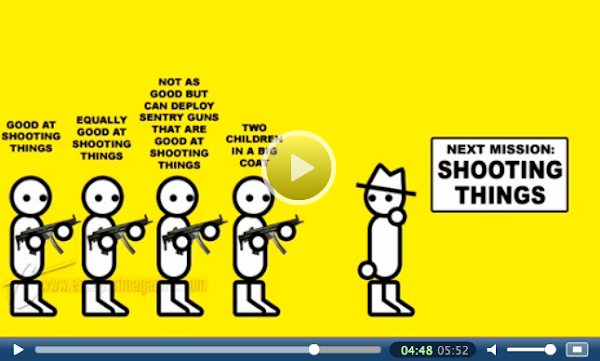 IT Wire is calling game over for the 2K Marin Canberra studio:

Several different sources have told tech media today that 2K Marin, a studio based in both California and Canberra, has been effectively reduced to zero following the release of The Bureau earlier this year, which was widely panned on its release.

Polygon is reporting the only developers safe from the layoffs are those who are leaving to join the new Bay Area 2K studio led up by former Gears of War lead and BioShock Infinite producer Rod Fergusson.

One source meanwhile told game news source Rock, Paper Shotgun that the studio was “essentially” closed, while Gamespot is reporting the studio has been hit with “significant reductions.”

Having produced just Bioshock 2 and the widely loathed The Bureau: XCOM Declassified it’s easy to see why their services were no longer required.

But still a shame.

So here’s Yahtzee’s take on their last effort for old times sake:

One Response to No more major game development in Canberra?
Filter
Showing only Website comments

Not sure if this is the case – I think the Canberra studio went back to being 2K Australia (not 2K Marin) a while ago, and was contributing to Bioshock Infinite (and presumably the forthcoming DLC) rather than XCOM.

I haven’t seen any actual sources showing that Canberra is shutting down; it could just be an assumption on IT Wire’s part.

Russell Nankervis - 6 hours ago
Lori J Tas better vote Greens then. They value public institutions like this View
Monica Tiffen - 9 hours ago
It is a very interesting place. I hope things are worked out!... View
Teresa Layton - 9 hours ago
Mark Huppert agreed. What an obscene amount of money being thrown at something that requires no change. View
News 70

Anthony Briscoe - 8 hours ago
Barr BARR from opening his mouth and send the RAT to kingdom come for a start View
Jack Hearps - 10 hours ago
Yep ... ignore international perspectives and focus on our navel ... especially enriching our local religious zealots ... lib... View
Russell Nankervis - 10 hours ago
The Canberra Liberals will never change. Climate change affects us all and the UN set important benchmarks to meet. Pretty su... View
Food & Wine 14

Gerald Lynch - 11 hours ago
Not a “museum”; it’s a memorial. The Imperial War Museum doesn’t hide its purpose under any other name. If we want a... View
Gerald Lynch - 12 hours ago
The title is the “Australian War Memorial” nothing more, nothing less. Not an educational institution, not a fun park for... View
Motoring 37

chewy14 - 12 hours ago
Another great sentencing outcome by our courts that will really provide a great disincentive to individuals in the community... View
Food & Wine 1