Now the hipsters are getting into robbery 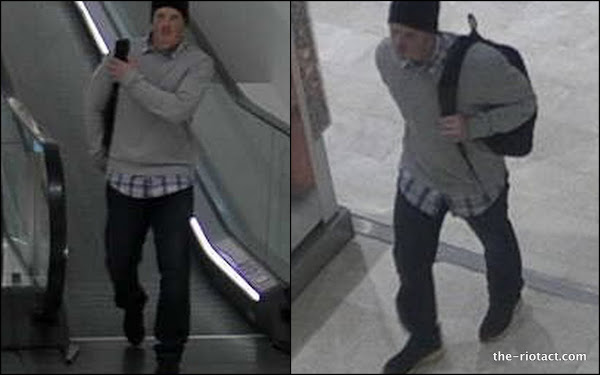 ACT Policing has released CCTV images of the man believed responsible for the robbery at the Coffee Club in Belconnen Westfield on Wednesday (August 8).

At 5.35pm, a female employee was counting money after closing the café when a man walked behind the service counter. The woman tried to grab the money however the man pushed her aside and took the cash.

The man was last seen running towards the level three car park accessed off Cohen Street. No-one was injured during the robbery.

The man is described as Caucasian in appearance, aged in his early 20’s, with a slim build and ginger or blond facial stubble. He was wearing a grey jumper, dark blue jeans and a black beanie, and was carrying a black backpack.

Anyone who recognizes the man depicted in the CCTV images, or anyone who witnessed the robbery on Wednesday is asked to contact Crime Stoppers on 1800 333 000, or www.act.crimestoppers.com.au. Information can be provided anonymously.

Hipsters? I don’t understand. Is there some subtle irony I’m missing?