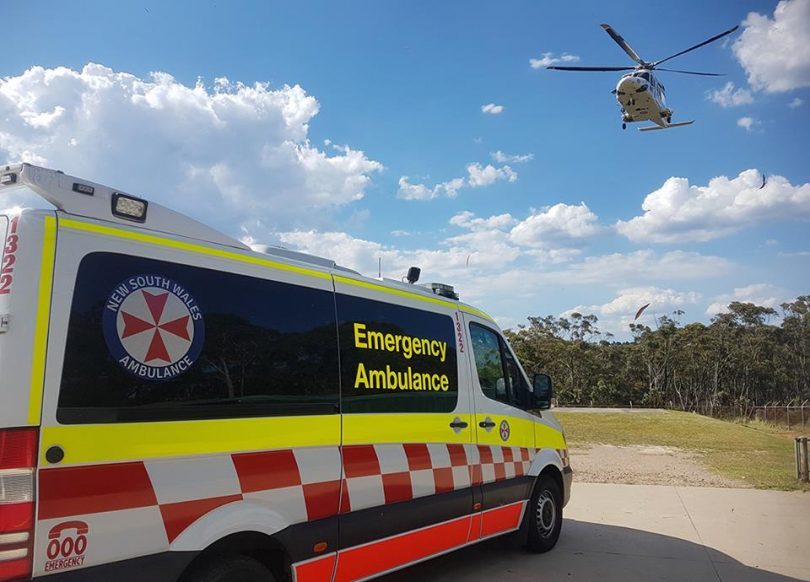 NSW Ambulance says requests for staff to take leave to fight the fires with their local brigades have been approved. Photo: NSW Ambulance Service.

NSW Ambulance has strongly rejected reports that paramedics are being denied leave to help their local fire brigades, calling the accusations “completely false”.

The Australian Paramedics Association (NSW) (APA) said that correspondence from NSW Ambulance senior managers revealed that requests to assist their local RFS brigade were declined not because shifts could not be covered, but because of the incurred costs of additional overtime costs.

“It is hard to believe that NSW Ambulance is putting saving a few dollars in overtime costs ahead of overstretched RFS Brigades and the wellbeing of communities across Australia who are already experiencing the devastating effects of this fire season,” said APA (NSW) Secretary and Paramedic Gary Wilson.

“These Paramedics are asking NSW Ambulance to allow them to take leave, like other employees do, so they can help their local RFS Brigades and this is being declined to save a few dollars in overtime costs.”

However, NSW Ambulance has called these accusations completely false.

In a State of Emergency, which is currently in effect across NSW, overtime payments are reimbursed by the NSW Government, a NSW Ambulance spokesperson said.

“Under Section 44 provisions relating to declared States of Emergency, any overtime payments incurred due to the emergency conditions are reimbursed by the NSW Government to NSW Ambulance and all other emergency service agencies,” they said.

“There is, therefore, no barrier to releasing paramedics where it is feasible, operationally appropriate and does not compromise our ability to meet the demand for ambulance services.”

NSW Ambulance says they have already approved a number of requests from paramedics to join the RFS and help fight the bushfires.

“NSW Health released communications to the health system in November confirming the availability of paid leave for staff who serve as volunteers during emergencies,” the spokesperson said.

“Since November, NSW Ambulance has granted such paid leave to 17 different members of staff to assist with the bushfire emergency.”

The spokesperson also said that the APA would not go into detail about specific incidences when approached.

“The issue has not been raised by APA with NSW Ambulance through normal industrial relations processes, so their motivations for releasing this statement remain perplexing,” the spokesperson said.

“NSW Ambulance contacted the APA following [their] media release. APA claimed they had been contacted by a small number of people asserting they had been declined leave.

“They were unwilling to cite specific incidences.”

However, Bree Jacobs from the APA says that names were withheld to protect the staff who made the complaints.

“They asked us to name specific names and we said we were not going to do that because we did not want staff members to get in trouble because that can happen from time to time when there are media stories,” she told Region Media.

“I am aware of Section 44, and it is why I do not understand why these managers, and I have seen the correspondence, are saying that they are not going to approve peoples requests if it is going to incur drop shift overtime, which is when they need to fill a shift at the last minute so it will be an overtime rate.”

Four people had their leave requests rejected across three sectors, with the approval being up to senior managers in each section, the APA said.

According to Ms Jacobs, the reply from one manager who declined a request read: “the approval is conditional on NSW Ambulance being able to maintain the proper provision of service (can’t cost dropped shift overtime, including on-call).”

“If you are doing something that your managers are not supporting, then why can’t you put out a communication to your managers saying please approve all leave requests if it is not going to impact service delivery.

“The problem is consistency.”